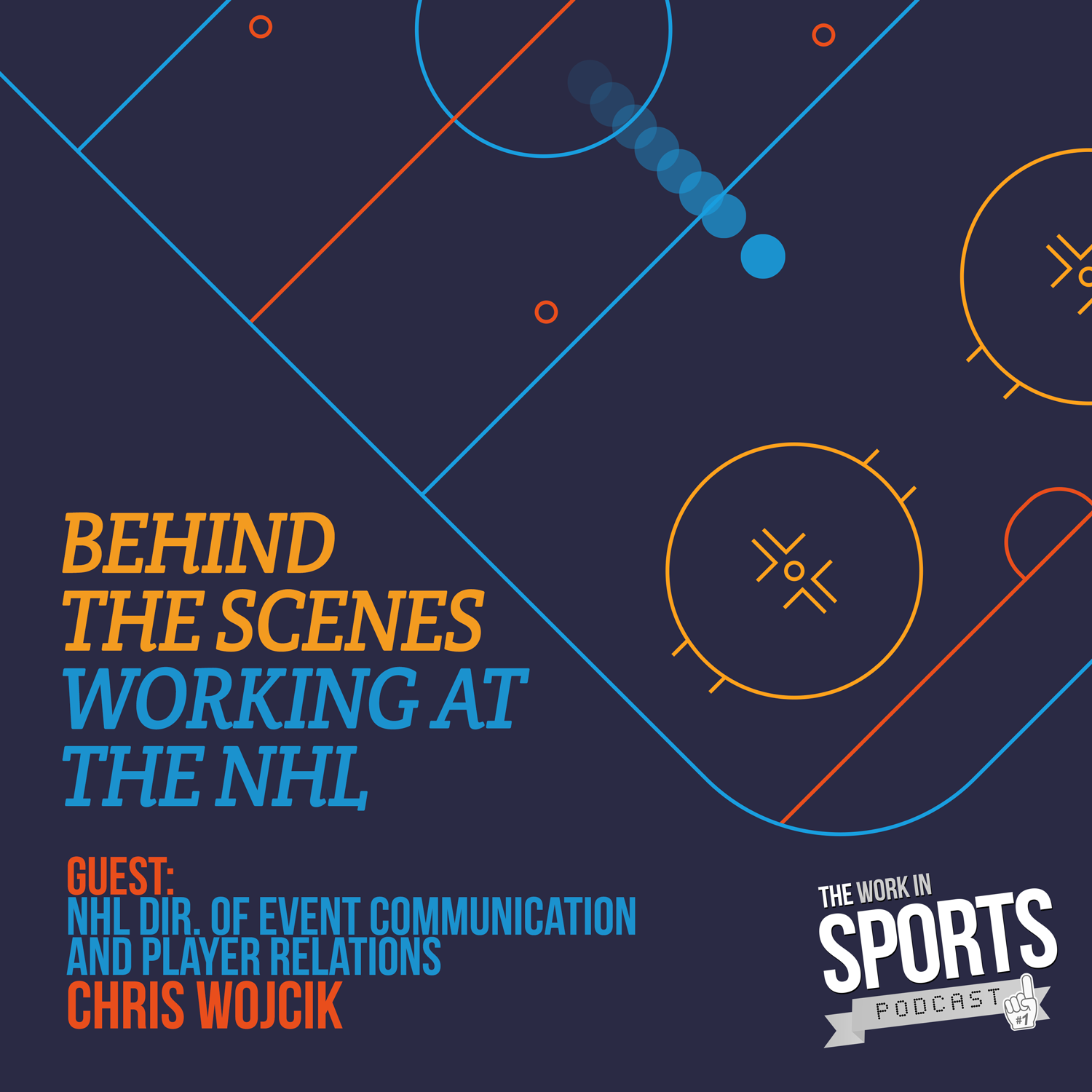 When I first broke into the sports media, way back in 1996, I was 100% behind the scenes as a production assistant. But over time, my employer CNN/Sports Illustrated liked to throw me and some of the other behind the scenes types a bone, sending us out into the field on little press coverage projects.

My first time in a pro locker room was after Michael Vick’s debut game in the NFL.  The players didn’t really want to talk, they wanted to fulfil their media obligation and go home. This was my initial introduction to the sometimes awkward relationship between the media and athletes.

Next was Ken Griffey Jr. Nice enough guy, but he never even looked at me and all of his answers were very short and almost drifting in space.

At this point I had lost almost all the romanticism of being in the events… my sports heroes we’re just grumpy, which took the shine off of the experience.

And then things changed. I had an assignment to gather some sound after the Atlanta Thrashers played the Detroit Red Wings …who at the time were the prohibitive Stanley Cup favs. I expected nothing.

Boy was I wrong.

Brett Hull, Steve Yzerman, Domink Hasek, Nick Lidstrom and Sergei Fedorov, basically the team I crushed everyone in NHL 95 on my sega genesis during my college years all were warm, welcoming, open to questions, stuck around to chat. I felt like I could just hang with these guys and be a part of their world for a bit.

So I was hooked – Hockey was my jam because I liked the people so much. And this wasn’t a one time event, everyone I talked to in the sports media was like – oh yeah I love doing hockey stories…the guys are just different.

Which brings us to today’s sports industry expert interview – imagine for a second you are in change of player relations for the NHL? And not only that, you also run the communication for all the major events that happen throughout the year… The Winter Classic, All-Star games, International series games…. What a job!

And as you’ve probably guessed, our guest this week is that guy. Chris Wojcik is the Director of Event Communication and Player Relations for the NHL, having previously worked in similar roles with the Arizona Coyotes and Florida Panthers.

1: Let’s start off by just getting a deeper understanding of your role with the NHL – your title has two distinct parts – take us through the event communication side of your role what are your responsibilities there?

2: What about player relations – in the past you’ve worked for the Florida Panthers and Arizona Coyotes so a role in player relations has a clear objective – acting as a conduit between your players and the media -- now that you are with the league, how has the role and your daily objectives changed?

3: Before you started working in media relations and team communication you had a background in broadcasting – how much has it helped your career working with the media, to have been on the other side for a while there?

4: In my experience in the sports media, hockey players are unlike any other athletes – they are more accessible, more excited to talk to you – I loved working on hockey stories. In your view why is that… is it a league or team objective to make players as accessible as possible… or are they just a good group of guys?

5: Each team has their own communication staff, as a league representative how important is it for you to forge relations with all of the different teams so you can work seamlessly? Do they look at you as the league guy now… or are you still one of them?

6: With your responsibilities ranging from social media communication to player relations, you are dealing with many different types of people --- entry level recent graduates, multi-million dollar players, rookies, executive staff – do you have a management style that is consistent across the board or do you have to adjust your methods with different people?

10: How did you get your first job out of college and what advice would you give to someone starting out now, or getting ready to start out?

11: More and more teams are creating their own media and content departments – whereas information always used to funnel through newspapers and television stations, now the teams are controlling the messaging. How much has this approach changed external communication and PR  from when you first came into the industry versus now?

1: You attended the sports media powerhouse Newhouse School at Syracuse, and I’ll admit so did about 50% of the people I’ve worked with in my career, why didn’t you stick with broadcasting and decide to become the next Mike Tirico?

2: In your role I’m assuming you’ve traveled to most NHL arenas – who has the best food in the press box?

3: Which do you prefer - the dry heat of Arizona, the humidity of Florida, or the wintery cold of New York City?

4: You were with the Panthers at the same time as NHL superstar Jaromir Jagr – he’s said he’d like to play until he’s 50…do you think it is possible?

5: And finally … I have 4 family members who played hockey pretty seriously and their gear smelled so awful all the time… any hints out there on dealing with or eradicating that smell…just in case any of my kids pick it up?

Big thanks to Chris – I don’t know about you but I think I’m ready for a job in Hockey.

Out of our over 5900 open sports jobs on Work in Sports, right now we have 50 jobs in hockey including a Media Relations Manager for a top notch NHL franchise. Lots of great opportunities out there.

Next week we have on Shaun Richard Associate Athletic Director for Ohio State University and you want to talk about job opportunities… 1,207 jobs in college athletics currently active on WorkinSports.com…now we’re talking.

Shaun and I talked earlier this week and it’s a great interview… I’ll get that one edited and prepped for next Wednesday, and as always if you have questions you want answered during the podcast, email me at podcast@workinsports.com and I’ll do my best to include your question on an upcoming QA session!

Talk to you guys soon!