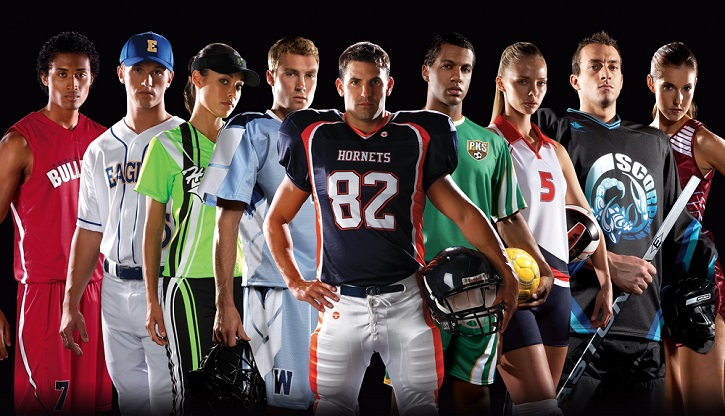 By Brian Clapp | August 20, 2013
Count the DVR amongst the most impactful technologies of the last decade plus.

Maybe it’s not as sexy as the smartphone or cloud computing, but it has changed the viewing patterns of over 50 million people. I’d say that’s impact.

Those viewers, armed with the power of record and fast-forward, more often than not skip commercials, the bread and butter of TV revenue streams.

Live sports on the other hand, could be the last space for advertisers to grab a slice of your brainwaves, since viewers still predominantly watch sports as they happen. Big businesses still pay top dollar to place their ads in live sports events where feel they are more likely to be seen and absorbed.

Networks know this, and that is why they are willing to pay billions to acquire multi-year broadcast rights agreements for individual sports teams, conferences and leagues.

Which begs the question – if broadcast sports are such a huge money maker, why hasn't anyone successfully tackled high school sports yet?

The numbers are staggering:

Well, someone is, but they are taking a different approach that bypasses the DVR completely.

PlayOn! Sports in conjunction with the National Federation of State High School Associations (NFHS) has formed an all-digital network that will stream over 30,000 high school sports events each school year on their subscription platform, including over 15,000 hours of live or same day event coverage.

This presents not only a great viewing experience for high school sports fans, but a huge opportunity for sports jobs in broadcast media, "We are willing to work with and train what would be considered a younger, less experienced work force who really embraces the new production technology," says Sandy Malcolm, PlayOn! Sports Chief Content Officer. "We spend a lot of time on training in order to ensure that the quality is there."

Malcolm went on to explain in greater detail how PlayOn! Sports plans to conquer what might be the final and largest frontier of sports broadcasting, and how they go about staffing the enormous amount of events they cover across the nation:

PlayOn! and the NFHS recently agreed to a partnership to launch an all-digital network devoted to coverage of high school athletic content  - is this a game-changing moment?

Malcolm: Yes, we feel this is most definitely a game changer.

Partnering directly with the NFHS member state high school associations, where each state has a stake in our success and has a say in how we move forward, is an important next step for us. We were already working with state high school associations in more than 25 states by acquiring the rights to their playoff and championships events. We are now up to nearly 30 states through the NFHS network digital network which will be a subscription based service available at NFHSNetwork.com.

More states are expected later this year and next. It is a way to build a truly national platform while also honoring the local communities that make high school sports so unique.

This all-digital network is what our CEO, David Rudolph, calls the network for the next 40 years. It's being designed for the next generation of consumers who are driving the consumption in a multi-screen environment across all types of devices.

These digital natives will set the stage for the success of the NFHS Network.

PlayOn! Sports currently produces 5,000 high school sports events annually – and I imagine that will grow with your NFHS deal - how in the world are you able to staff all of those productions?

Malcolm: We have a vast network of freelancers across the country in addition to our own staff now strategically based in every region of the country.

Atlanta is our headquarters but we have production personnel stationed is strategic locations from Portland to Wisconsin to Pittsburgh to Connecticut.

We keep production costs low by leveraging the latest in broadcast technology with small, nimble crews who are doing low-cost yet high quality productions that are focused on the digital space rather than big TV productions.

We have a small fleet of Tricaster based production vans as well as nearly 100 single camera streaming kits that we can easily move across all our participating states.

The schools themselves play a role, producing another 15,000 events per year, how hard is it to maintain quality standards with so many various production teams that you may or may not have any control over?

Malcolm: Our School Broadcast program is a vital part of our business and it is expanding rapidly. We currently have over 600 schools across the country that are part of our program.

We provide the schools with the software for streaming that includes the ability to add basic graphics to their own productions through our proprietary software application. We also provide a web portal for each school where they can post the content that they produce.

It is a terrific opportunity for students to gain valuable experience both in front of and behind the camera. These school broadcast program students then create a great pipeline for us of trained, experienced personnel once they graduate. We also have used some of our more advanced schools to produce a select number of playoffs games for us in their state. That creates a win for all of us.

In addition to sporting events, schools produce everything from morning announcements, to plays to other school functions including graduations. Many of these schools have very sophisticated multi-camera productions with state of the art equipment.

But the great thing is that those that do not can still do a very high quality production with a single camera and a laptop.

What about play-by-play and analysts? It’s pretty hard to make your mark when you are just getting started, do you use local talent for the productions?

Malcolm: We definitely look for local talent particularly for play-by-play and color analysts.

One of the essential elements for our productions across all states is that they have an authentic voice that serves the local schools and communities. Dropping in "national" announcers for a local high school sporting event just doesn't feel authentic and the audience will sense that.

It is very important that our announcers not only know the local teams and players but the histories of these programs as well. That's why we try very hard to incorporate local talent into our broadcast. In some cases they may not be the most experienced, but we can work with them on the nuts and bolts of broadcasting. It is much harder to teach them the history of the teams, its fans and players. That part you really can't teach.

You ideally want someone who is familiar with the high school experience in that state or region and is part of the community.

You've worked in traditional studio productions and now in a digital world – are they much different?

Malcolm: The world of production is changing rapidly in terms of what you can do for the price point. Advances in production equipment and streaming technology have made it possible to produce a high quality live streamed event at a much lower price point. It is important that you adapt and take advantage of those changes if you want to survive and flourish.

We do a range of productions from single camera, with a basic on-screen graphics package and announcer set-up done directly into a laptop; to Tricaster level multi-camera productions with a low cost graphics solution; all the way up through traditional big TV truck productions for some of our TV level championships.

But more and more we are finding the big traditional TV truck is not practical or necessary for what we do. We are a digital company first and foremost and that's our priority. We can produce a range of quality content without the big price tag.

Colleges are quickly becoming another great source of production personnel. Almost every college these days has some type of production department that produces many of their own sporting events.  We have had good success finding production resources from that area as well.

Why is PlayOn! Sports able to make the high school sports business model work where others have failed to succeed or even try?

What helps make it work is the sheer scale we offer with more than 5,000 events produced annually through our own production resources and another 15,000 to 20,000 events through our member schools in our school broadcast program. That is why the partnership with the National Federation of State High School Associations is so important.

Focusing on the digital side and having a model that is a dual revenue stream between subscription and sponsorships, we feel is the right way to go.