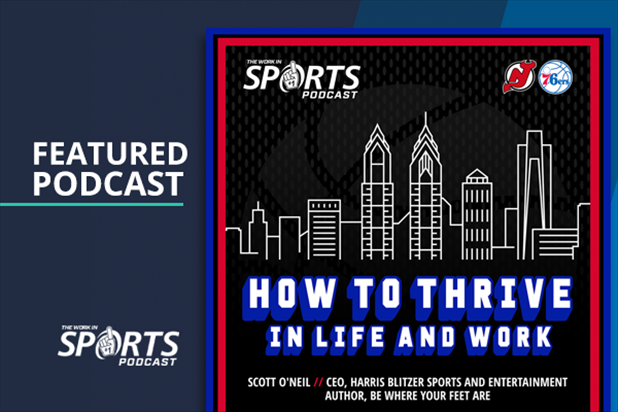 Hey everybody, I’m Brian Clapp, VP of Content and Engaged Learning at WorkInSports.com and this is the Work In Sports podcast.

Over the last year, I, like many others, have spent time contemplating my own preconceived notions and unconscious biases in every walk of my life.

We all have them, it is a part of the human condition, but where do they come from, and why are they allowed to stay?

This question has perplexed me as I’ve tried to open up my lens and question myself every time an instinctive thought comes into my psyche.

While the social justice issues of 2020 may have sparked my internal curiosity, it would be naïve to think bias only comes into issues of race, gender and culture. When you pay attention to it, and the way your mind processes information, unconscious bias and preconceived determinations are everywhere.

I did some digging, and studies indicate that many children by five years of age have entrenched stereotypes about various social groups. The world we are exposed to forms our foundational beliefs and hen becomes a tool to make snap judgements and conclusions on sight.

Kind of spooky right? It’s like our brain is hardwired by societal influence.

We don’t see women in positions of power, OK, men are more powerful, got it.

But it can even be simpler and more pervasive than race and gender, we see a hard charging, demanding CEO on TV and start to lump information together, OK, CEO’s are smart, but mean and cutthroat, got it.

We see sales people represented in pop culture as in your face buy, buy, buy, and we think, OK, that’s not me.

Our belief structures become formed, not out of some nefarious agenda, but because we as children are trying to make sense out of our world and the easiest way to do that is draw conculcions from what we see and hear. 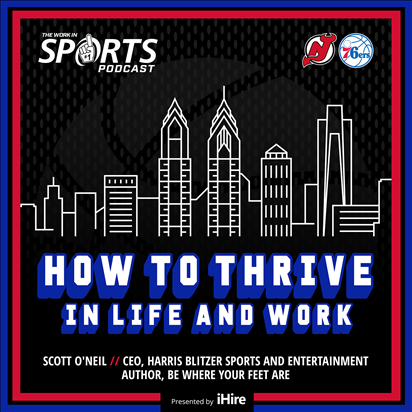 As children we have no choice, we lack the cognitive ability to evaluate the validity of our assumptions.

As adults we do, if we pay attention to their existence.

I’ll use a personal example. A couple of weeks back I had on Dr. Bill Sutton, one of the absolute best people in our industry. After our interview was complete we chatted a bit, and he suggested today’s guest Scott O’Neil CEO of Harris Blitzer Sports and Entertainment as someone he could connect me with.

My instantaneous reaction was hell yes, but my subconscious notion was – he's the CEO of the Philadelphia 76ers and New Jersey Devils, he’s going to be tough, he’s not going to have time to really do this, I’m going to get canned answers that aren’t authentic, he’s not going to be all that interested to talk to me, and this may very well sound better than it is in practice.

This is what ran through my head immediately!

Within a day the session was booked. Dr. Sutton came through. Scott and his team were kind, gracious, courteous and attentive. He sent me over a copy of his new book, Be Where Your Feet Are: Seven Principles to Keep You Present, Grounded, and Thriving...and I was blown away.

I really like meditation, being intentional, paying attention to your mind and the energy you throw off to others around you – but to learn Scott, this Harvard educated, top of class, wildly successful guy was contemplating true happiness alongside me?

I was blown away and read his book from beginning to end.

And there it is, preconceived notions, drawing unfair conclusions about people or evens before you KNOW a damn thing.

It's all I've been able to think about since I concluded the interview with Scott.

I've read his book, it is insightful, so introspective, vulnerable, it is authentic, and I'm not just saying this, I'm not selling books for Scott.

His book impacted me. It is so interesting to really think about the position he holds, the job that he does, and the perspective that he has.

But I'll let you hear it from him, here is Scott O'Neil CEO of Harris Blitzer Sports and Entertainment, the ownership group of the Philadelphia 76ers and New Jersey Devils.

1: There is so much to talk about regarding the current state of the sports industry, where we are headed, what the future looks like, employment and growth – but I want to dive into your book first.

In our house, we have a family mission statement posted right by the door our kids see whenever they leave the house, and one of the tenets is “Be Present” – your book, Be Where Your Feet Are Seven Principles to Keep you Present, Grounded and Thriving, clearly leans into this premise – why was this concept fundamental to the stories you wanted to share?

2: I’ve spent a lot of time over the years thinking about this concept of being present, and I think your book nailed it and is such a valuable conversation to have with ourselves and others around us.

I seem to struggle with being present when I am having issues with confidence, either in work or as a parent. I spread myself too thin or don’t compartmentalize enough when I’m feeling less confident, as if the answer was to work more, or read that one more email.

These are tough times, and a lot of people are struggling with their value, worth and self-confidence. Young people trying to kick start their career, people losing jobs, losing loved ones – how can people better navigate these life challenges and boost their self-worth?

3:  It seems harder than ever to connect in a meaningful way with the people in your life, both personally and professionally. In your role as the CEO of the Sixers and Devils, how do you keep your staff motivated, connected, and feeling valued in this remote setting, and can these techniques carry forward as we return to a face-to-face work environment?

4: I read where earlier in your career, before the NBA, you had some struggles, losing investors $15 million in a start-up, getting foreclosure notices on our home, and having to fire your brother.

You can back look at those things now with perspective, but in the moment I’m sure they seemed insurmountable. What advice would you give people who are in the thick of those challenges right now?

5: Pretty early in my career I was thrust into a leadership position, managing many people, budgets, major decisions. And I failed, a lot. I had it in my head that because my title said I was a leader, that meant I was a leader.

Clearly this is not true, I know better now. But, in your position at Harris Blitzer, and in life in general, how do you teach people to be effective leaders? And is it something that can be taught?

6: I have to be honest, you expect to talk to the CEO of a major sports brand and have them be super intense, focused, go go go, business all day…but you seem very in touch with your authentic self, which is really inspiring.

Do you have a daily routine you live by? Are there certain mantras or intentions you declare? How do you create this attitude of Zen for yourself?

7: Every top-level CEO or entrepreneur I’ve interviewed has a unique ability to see why things can and should work, and that frees them up to go after things fearlessly, rather than being stalled by self-doubt.

Why don’t more of us embody that attitude? What holds us back from unlocking self-trust and belief?

8: In your book you discuss the importance of being surrounded by people who will provide you authentic feedback. Mentors often play this role, since they have nothing to gain from you and are truly there to help.

In your life, who have been your mentors and what have they taught you that still resonates to this day?

9: In sports we often define coaches one of two ways, they are the tough as nails, hard driving, tough love, in your face type …or they are the player focused coach, they laugh a little more, treat the players as equals, pat them on the back when they fall down type.

You teach, you coach, you mentor -- what is your approach to getting through and motivating the people around you to take action?

10: Is it more important than ever, during this challenging time in the sports industry, to embody a spirit of innovation?

11: I’ve noticed a trend in our industry lately that many top executives in Human Resources, aren’t titled Human Resources anymore. I see more of the VP of People and Culture style titles.

It feels like, at least anecdotally, corporate culture is having a moment. How important has that been for you throughout your career, to establish and build a strong culture? And what does that look like through your eyes?

12: A major factor toward developing a positive culture, is diversity in hiring. There is a fear that businesses are quota hunting now, or as to put it as our mutual friend Dr. Bill Sutton put it, trying to look good for the company picture.

How do you set the tone for Harris Blitzer Sports that diversity, equity and inclusion isn’t a momentary buzzword, it is our way?

You’ve hired and developed staff for decades, what is the personality pattern you see in the most successful people you have worked with?