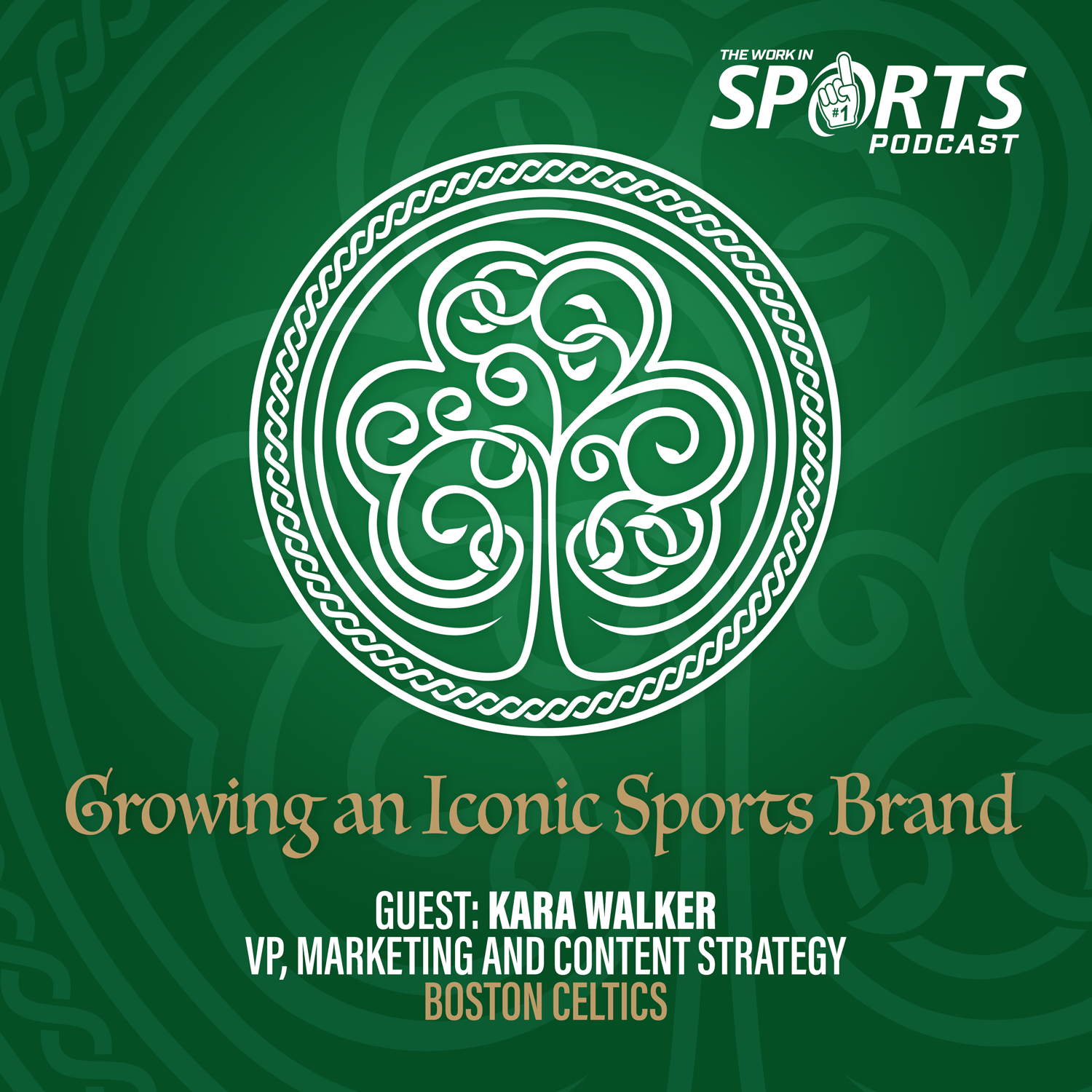 Hey everybody I’m Brian Clapp, VP of Content and Engaged Learning for WorkInSports.com and this is the Work In Sports podcast.

The Massachusetts native began her career in Ticket Operations with the Boston Celtics.

Today she is the VP of Marketing and Content Strategy with the Boston Celtics.

I’m not just reading her resume, there is a very clear point, or at least it should be. Kara started in sales but today she is a VP in a much different part of the organization.

I mention sales jobs and customer service roles to people who want to work in sports and I watch their face change.

It’s a reflexive reaction that borders between disgust and annoyance.

It’s like they think I’m insulting them by saying they should look into sales roles, rather than be named the GM of their favorite team right out of college.

Everyone has big dreams and those dreams don’t include cold calling people for season tickets, or convincing a church group to buy 30 tickets to the Sacramento Kings game in November.

I speak in college classrooms all the time and I’d guess about 25% of the people want to be sports agents. Ask them why and they’ll say they want to be close to the players and it looks like fun. Good luck.

You think it’s glamourous, it is not.

There are around 830 agents certified by the NFL Players Association and 1,590 active players on 53 man rosters. Not great odds…but now go even further 75% of the players are represented by just 17% of the agents.

A half dozen or so super agents handle all the big players and the big deals. The other 824 agents scrap for what is left. When NFL rosters go down to 53 people at the end of training camp as many as 300 agents have no active clients at all.

Now, let’s compare that to jobs in sports sales.

For the last 20 years of WorkInSports.com -- that’s right, we’re in our second decade of sports industry domination now, sales jobs have made up about 50% of the jobs on our job board.

Now, I’ll be transparent -- things are a topsy turvy right now in the sports industry. The whole global pandemic, no fans, no tickets has put a damper on jobs in sales. I’m not being flip, near 200,000 americans have died in this pandemic and we all think about them daily, maybe not specifically, but we think about this terrible situation daily.

Sals jobs are lower on our job board than ever before -- but let’s have some perspctivce. Sales equates to revenue. Revenue is the #1 goal of any business. Sales jobs will return in full force. Matter of fact, they’ll return in greater numbers than ever before as sports teams get back to normal and the need to make up for lost revenue is present.

In the long game of life -- the number of sales jobs and opportunities will be in your favor.

But, I get it – you aren’t convinced – you’ve been told all your life to do what will make you happy, and sales isn’t it. I’m with you, I have never worked in sales, I haven’t even been a waiter at a restaurant trying to sell someone a steak dinner, and I turned out OK.

But, I’m not giving up on this. You need to see the truth.  Sales isn’t a life sentence, it’s a step inside the building of an organization.

Kara Walker started in Ticket Operations with the BOSTON CELTICS, one of the most storied franchises in sports. She gave herself an opportunity to prove herself, learn the business, connect herself with revenue generation, build her reputation and grow from within a premium organization.

In two years’ time she was changing departments into content and marketing – she shifted her entire career, but stayed with her top organization where she wanted to be.

I can go on and on about following the path of opportunity and least resistance but you need to believe it and buy into it.

Now, I have to admit three things  before we get into this interview,

Why am I revealing these facts? Well, as a celtics fan and content marketing geek, I was pretty fired up for this interview and my giddiness may come through a bit. And since it originally aired last fall, if there are a couple of references that sound dated, talking about fan engagement pre-coronavirus… just remember a world where we didn’t live in fear...you know, the good old days.

Let’s get to it — here is Kara Walker, VP of Content Strategy and Marketing for the 17-time world champion Boston Celtics!

Listen in to the Work In Sports podcast to hear this insightful sports biz interview and many many more!