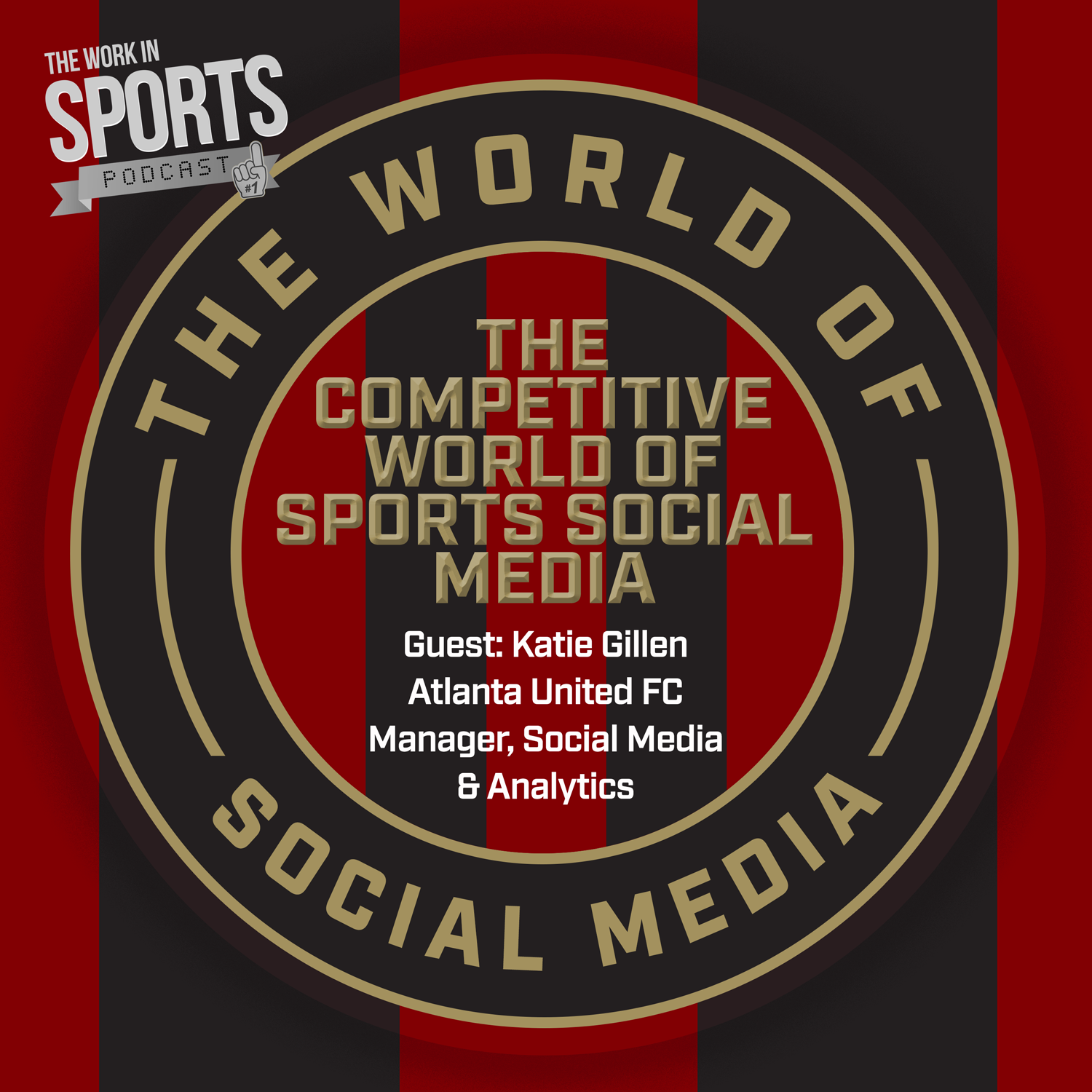 Hey, It’s Brian -- what if I told you you could get your Masters from one of the best schools in the nation, part-time and with the option of online.

Georgetown offers a part-time Master's in Sports Industry Management that prepares you to excel in the global sports industry. Ideal for working professionals, the program offers flexible options to take classes online, on-campus, or through a combination of both—so you don't have to interrupt your career to earn your degree.

You'll leave the program with the communication, business, and leadership strategies that position you for success.

It is competitive! It is hard to get in! But trust me, when you do, you are going to love it...and getting into a career you love is worth the effort.

Check out our online courses that will give you a leg up - visit WorkinSports.com/academy today!

Hey everybody, I’m Brian Clapp VP of Content and Engaged Learning at WorkInSports.com and this is the Work in Sports podcast.

On our job board at WorkInSports.com, we currently feature 21,183 active sports jobs and internships in the sports industry. That’s a lot. That is literally the highest number of job openings we have ever featured in our 20 years of existence.

In 2004 USA Track and Field was the very first business or organization to post a job related to social media on our site.

It was a ‘Website and Social Media Intern’, and man what I wouldn’t do to find out who that person was and see where they are now. But that’s not the point, so I’ll keep going.

USA Track and Field were way ahead of their time…

And yet, they were hiring a social media intern. Pretty cool.

From 2004-2008 in the early blast of the social media world phenomenon -- no one in sports was hiring people to be experts, solely focused on social media messaging and impact. Well, not no one… more like 26 people were hired into sports social media over 4 years.

Then the jump came. Sports organizations thought to themselves -- hey lookey there, this twitter thing looks popular. And that facebook, wow, maybe we can get our messages out there too?

Not bad. This world was being taken seriously.

Back then, and I remember this well, people were speaking of social media like it had reached its apex… no need to focus on these roles, no more growth from here, it’ll die off, they were a passing fad, we’ll just lump them in with marketing and call it good.

People coming up in the industry were asking me, should I even bother learning the business of social media? Understanding their ad platforms? How to track impressions and data? How to understand the impact and reach? Should I bother?

And I was screaming yes, yes, yes!

And that proof has born out. Right now, at this very moment, there are 1,767 jobs active on our site related to social media.

In fact, think of this. I 2012 when people were trying to say “this fad is over, social media isn’t going to be a long-term viable business product” imagine if today’s guest, Katie Gillen Manager of Social Media and Analytics for Atlanta United FC, decided not to pursue this career path. She was just a junior at the time at the University of Florida, she could have transitioned to something else out of fear.

And now, she’s one of the foremost experts in social media communication and analysis.