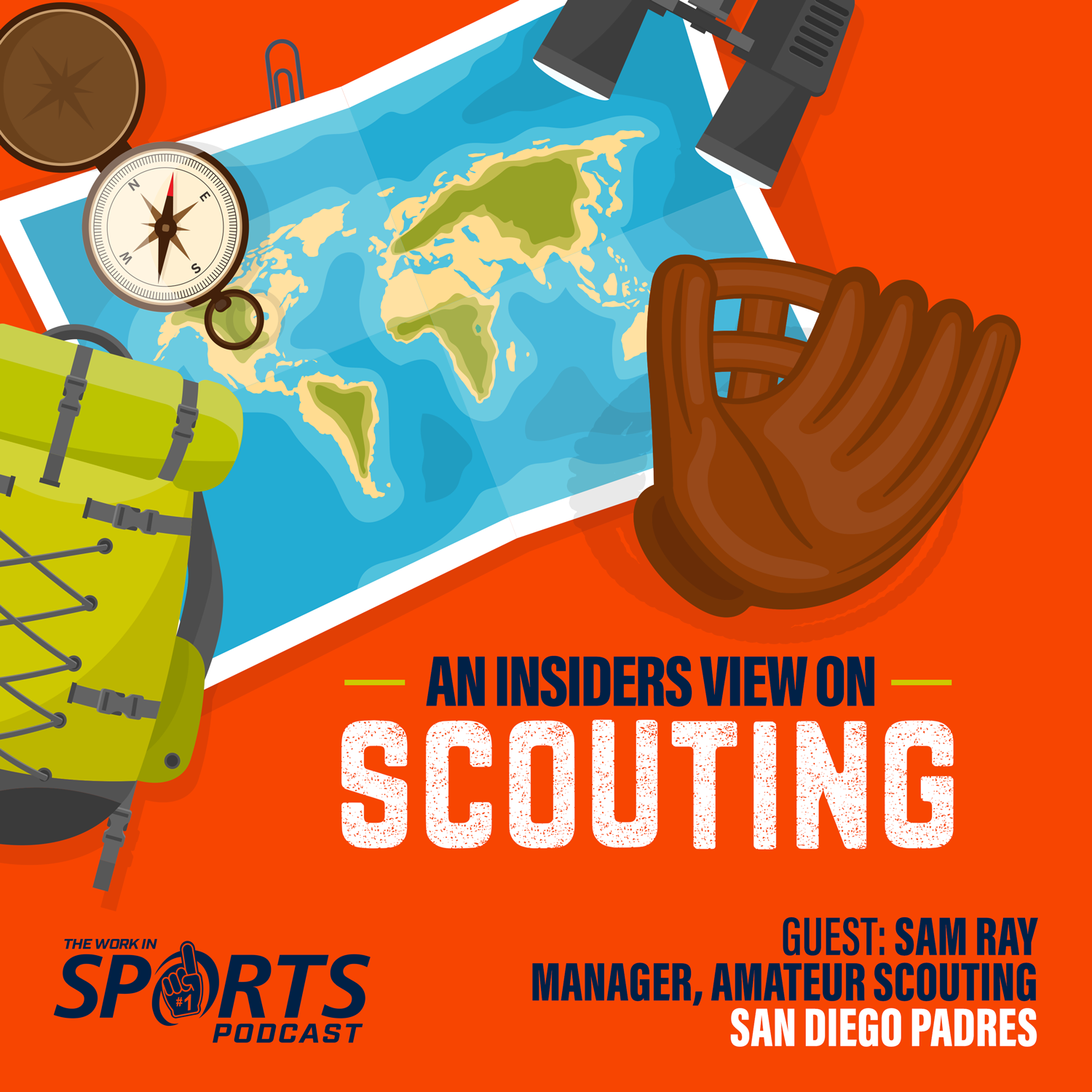 Wondering how to become a scout in professional sports? Listen in as Sam Ray, San Diego Padres Manager of Amateur Scouting shares his insight on the Work In Sports podcast!

Hi everybody, I’m Brian Clapp VP of Content and Engaged Learning with WorkInSports.com and this is the Work In Sports podcast…

Why does everyone love the draft? The NBA draft and NFL draft are must-see events --  even the NHL and MLB drafts have grown in popularity.

We spend weeks reading mock drafts, player profiles, analysis segments...we break down 40 times, standing long jumps, and vertical leaps. We watch combine skills on display, hunt back through game tape, create our own theories for why player y is better than player x.

Hope is the wellspring from which all other positive emotions emerge. Hope is potential for a brighter future, a path out you can see and aspire to.

Think about your life and the role hope plays. If done correctly, hope is tied into a plan. Hope by itself is just a wish… saying I hope to win the lottery, is kind of a wish and a dream… but if you hope for a promotion and you put in the work, you strengthen your weaknesses, you improve your attitude, you produce great results, now that is hope with a plan attached to it...that’s powerful.

So why is the draft so interesting? Because we as fans have hope for our team’s improvement, and we believe they have a plan to execute it. Trying to align ourselves with their vision is the fun part.

So let’s take a step back here -- if your team is terrible, and you don’t trust the front office decision-makers, and you don’t believe in the team direction...are you that into the draft? Likely not, because you know it’ll just lead to despair.

But if you like the team direction and you have some excitement around them - there is nothing like studying up, learning all the players, hypothesizing what decision they’ll make and then watching it all unfold.

Take the Miami Dolphins as an example in the NFL -- showed some promise at the end fo the season, lots of draft picks, new front office decision-makers -- if I’m a Dolphins fan I’m reading mock drafts studying players… this is fun!

Ok, so we get the hope thing as a fan. We understand why everyday people like you and I love the draft.

Now let’s flip this around to the decision-makers.

They live in a perpetual cycle of hope as well.

An MLB area scout will watch high school game after high school game, hoping to find a gem. Hoping to see something that stands out to them, Hoping to have a report they can bring back to their superior to point out a player that could turn into something great.

They labor all year long watching and watching -- training their eyes and ears to notice things others can’t. They put in this effort because of the potential payout for the team… this extra trip, this tournament, this event...could be the one with that guy.

That’s an exciting life! Especially for those who played! While it isn’t a requirement for a scout to be a former high-level player -- imagine the draw if you were? You grew up playing and loving a game, and now you can put that knowledge to work helping develop the next wave of the team.

1: Finally! A Scout has agreed to come on the show – I have spoken with team executives, top agents, athletic directors… but you are my first scout!  So thank you, Sam, for coming on and sharing a little of your world with us…

I want to get into everything that goes into scouting and how you got to this point in your career with the Padres… but I have to ask first… economics major? How does this fit into the plan of working in baseball?

2: Ok, so after you get that economics degree from UCLA, you start interning with my hometown Boston Red Sox in February 2008. Just a few months prior, the Red Sox beat the Colorado Rockies in the World Series…so you join the World Series champs as an intern in Baseball Operations.

Go back to that time in your memory banks – what was that interview process like? I imagine they had hundreds of people trying to get in with the team – why do you think they picked you?

3: You were an intern in Baseball Operations – operations is such a catch-all term, it seems so vague…how would you describe your role? What were you doing as part of the organization at this time?

4: Just after the 2009 season, you become an area scout for the Red Sox in the Ohio Valley – did you have a moment where you figured out “hey, I think I want to be a scout” …or did this opportunity come up and you just went for it?

5: Did you have to go to super-secret scout school at night and on the weekends…or did the team teach and train you what they wanted you to look for in evaluating players? How did you learn to be a scout?

5a: You played college baseball at UCLA – is that an essential first step to being a scout, having played the game at a high level… or can you be a successful scout without that?

6: You always hear the cliché stories about scouts traveling from high school to high school in some broken down car with fast food wrappers and a radar gun on the front seat… but what’s it really like out there for an area scout?

7: After about three years with the Red Sox you make a big move back to the West Coast with the Padres – you become the Assistant to the Director of Scouting and then an area scout in northern California for 5 years – each team has a different method in evaluating players and their organizational philosophy – how hard was it to adjust to a new scouting approach?

7a: how do you get your assignments? What is the day to day like?

8: 5 years as an area scout -- how hard is this scouting life on the family? There are heavy demands for you on the road all the time…can’t be easy.

10: Everyone always asks me about analytics, so I have to imagine you get it all the time too – as a scout how do you balance what you see with your senses, versus what the data and numbers tell you? How do you value judgment vs. measurement?

11: We’ll finish up with this so you can get back to the San Diego sun --  What is the draft like for you?  I have to imagine you get emotionally connected to the players you evaluate – you’re meeting families, seeing them grow up – you’re invested! This has to be a taxing day, right?