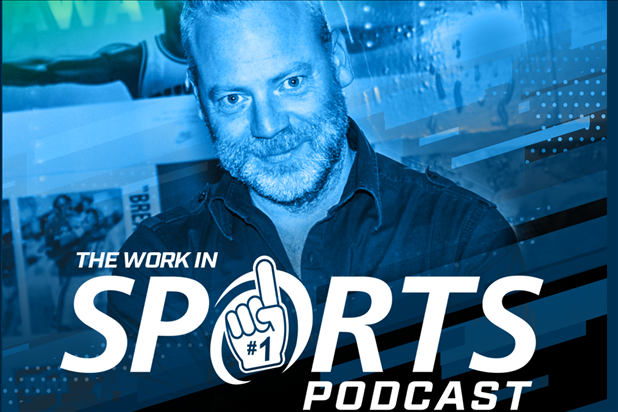 July 8th, 2010, for many this represents the dawning of the Player Empowerment Era.

If you don’t remember that date, and why should you unless you live in Cleveland, that is the date “Lebron: The Decision” aired on ESPN. Lebron James announcing his intent to take his talents to South Beach in an ESPN special that was around 10 minutes, but felt like 20 hours.

Forgetting how mind-numbingly awful that show was, it did put a stake in the ground for all athletes moving forward to say, “we can take control of our careers and pull the levers of our own lives.”

It’s clear how monumental this event was, based primarily on the anger it caused in then NBA commissioner David Stern. Stern was a very smart man and savvy businessman, and according to many I’ve spoken to who knew him, he loved being in control of the league and its players.

Stern pushed ESPN to cancel The Decision. Former ESPN executive John Skipper detailed after the fact that he believed, "[Stern didn't like it] probably because the player was in charge here."

And there it is, the dawning of the player empowerment era.

Well, that is if that’s how you define player empowerment.

If empowerment is the authority given to someone to do something, I think athletes have been empowered far before Lebron James walked the Earth.

They all took back their power and leveraged their abilities into change moments. It wasn’t choosing what team to play for, it was choosing to change the world.

I’m not trying to be belligerent, clearly today’s athletes are using their voices and power toward good causes and are effecting change in the world. Nothing has interested me more in the last 10 years than The Players Tribune, the ultimate platform for athletes to show they are more than an athlete.

Today's athletes have a louder megaphone and more tools in their toolbelt than ever before. And they are using them all.

One of those tools many athletes leverage are athlete marketers, people trained and dedicated to help build the profile and brand of today’s top athletes. One of my favorites, is Jennifer Keene, VP of Athlete and Property Marketing at Octagon.

For long time listeners of this show, Jennifer has been here before and knocked it out of the park. I wanted to have her back on to discuss many of the emerging sports marketing trends in 2021 and she was kind enough to join me despite the fact she is moving from New York to LA! So when you see videos of the show, she wanted me to make it clear she is moving, not a hoarder with boxes everywhere.

Here she is, my friend Jennifer Keene ready to discuss sports marketing trends in 2021.

1: I thought since you’ve been on the show before and we’ve broken down your career journey and your role, that in the episode we may get into some trends in sports marketing and athlete branding and get your expert opinion. Before we do that, can you give the audience a little bit of insight into what your role with Octagon, as the VP of Athlete and Property Marketing, entails?

2:  Let’s dig into a topic right in your wheelhouse – athlete branding. More and more athletes are acting like their own media agency and owning their personal brand.  As a fan, it’s cool to see the access and hear from them in their own words – but as a marketer, what do you think of this trend?

3: About a month ago, you posted an insightful article from People magazine about how many professional athletes, I think they cited 11,000, are posting profiles on Linkedin and thinking about their post-playing day life. They cited one of your long-time clients, Hall of Famer Emmitt Smith, why is this trend taking hold?

4: We used to hear about athletes going broke a ton in the 90s and early 2000s, I vividly remember talking to pro athletes and Deion Sanders was their role model: party, throw money around and live in the moment.  Now you hear about athletes in SPAC’s, getting into bitcoin, investing in startups  -- has there been a culture shift amongst pro athletes?

5: I love your love for storytelling. You’ve been recently working with former Steelers head coach Bill Cowher on his book release. Has it been more challenging in the last year to amplify awareness for a product like a book, or has it just forced you to be more creative in your approach?

6: In 2020, athletes, teams and brands were influential participants in the fight for social justice and equality. They were vocal, and fearless. Do you think this vocal activism coincided with the moment, or will be a powerful trend moving forward?

7: We’ve only started to scratch the surface of some of the trends in sports business and athlete marketing -- there is a ton going on in the sports world that affects athletes and marketing-- from SPAC’s to NFT’s, to NIL legislation, to sports betting, to clubhouse and tiktok –it's a lot to keep up with!  What has grabbed your attention as something that will affect big change in the sports industry in 2021 and beyond?

8: We hear the term influencer thrown all over the place, and in my view, athletes are the original influencers. Has the demand for athlete/celebrity endorsements changed?

9: NFT’s -- from the outside, this seemed to pop up out of nowhere. As someone on the inside of this world, did you see this coming for a while and if so, what do you think of this phenomenon?Frankly, I’m a dude who still reads actual books vs. on a kindle, likes the feel of a newspaper, and has folders of 80’s baseball cards behind him right now  – so it’s taking me a bit to get into this.

10: We’ll finish up with this – last time you were on the show, we finished up by talking about the career advice you would lend someone looking to get into sports marketing. In the last year, as we’ve been stuck in covid contemplating life itself—are there new traits, attributes, qualities that you think are important for a successful career in sports marketing?