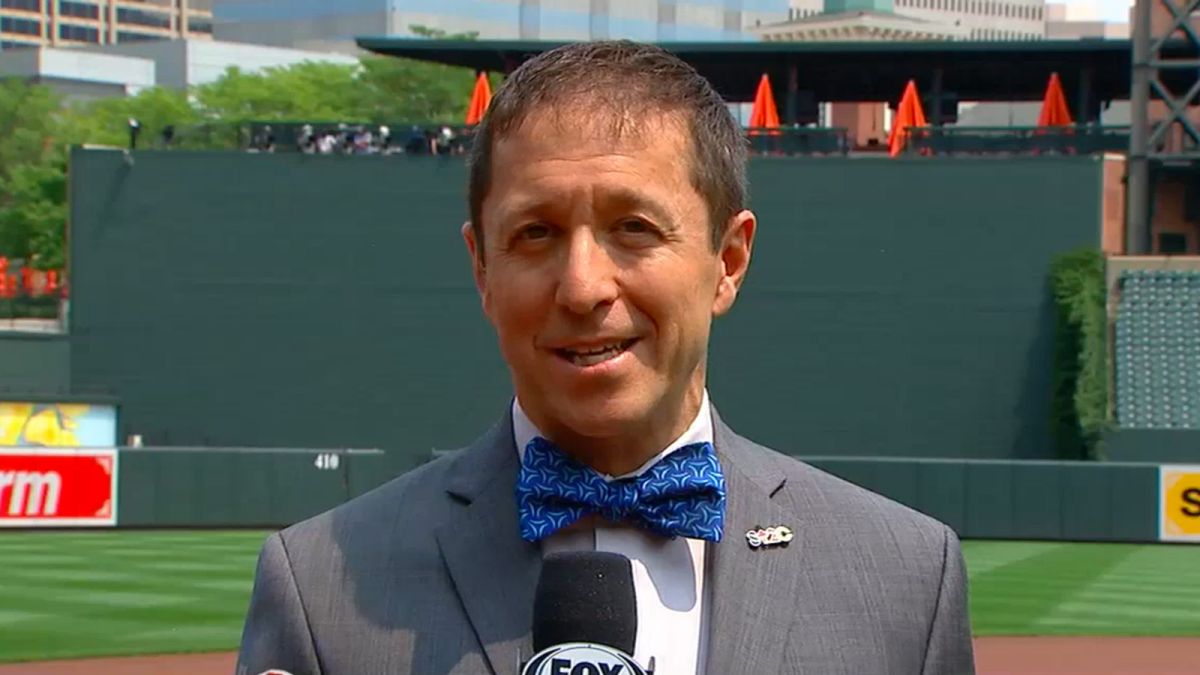 A Talented Sports Reporter Teaches Us All A Lesson

Spend enough time around human beings and you are quick to realize there aren't many who own their mistakes.

In times of blatant errors first comes 'I got hacked', then comes 'it was someone else fault' and finally there is the desperate 'look at that shiny object over there!' moment where everyone forgets and moves on to the next falsified breaking news moment.

Very rarely do we get an honest 'whoops I really messed that one up! Sorry about that, it won't happen again (I hope)'.

I for one feel the need to commend anyone who owns a mistake since they are rarer than a white peacock (not the mistake, those are as rare as chickens, it's the owning the mistake that is rare - you with me?). We live in a blaming, polarized society, with narcissists and liars near the helm, which makes this a bad time for role models on the grand stage. When someone owns their error I feel the need to gather the children around the fireplace and share story time about Ken Rosenthal.

Alright, I'll get to the story already.

Ken Rosenthal intrepid baseball reporter for Fox Sports (and, full disclosure, a former colleague of mine even if he wouldn't remember) deserves our commendation.

The baseball trade deadline is always a time of murky information, false leads and wrong information. But Rosenthal is one of the best in the biz, so when he speaks people listen and accept his knowledge without pause. When the bowtied baseball insider reported that Yasiel Puig stormed out Dodger Stadium after being informed he would either be traded or demoted, most people thought the report made sense and believed it. Puig has had behavioral issues, he's been pretty bad this season, Rosenthal is a pro's pro, so all the facts seemed to make sense.

There was only one problem - according to Puig's agent Adam Katz, Puig had never been at the stadium in the first place and the Dodgers had kept them all informed on their efforts to trade him. Hard to storm out of the stadium when you aren't there.

Unlike many reporters and people in general, who blame others for misleading them (see Mortenson, Chris), or claim they were hacked (see Green, Draymond) or took too many Ambien (see Sister Kimberly Miller)...Rosenthal did what a good person should, he owned it:

Wait did he just apologize to us?

Reporters have been getting information dead wrong with great frequency in the social media era, but none of them feel the need to apologize. In fact, many of them double down and go on aggro mode, confronting the angry masses like Ryu taking on the Shadaloo organization (again see Mortensen, Chris).

Not Rosenthal. That boy owned it and, in turn, owns our respect...and Puig's:

Turns out being honest isn't as painful as it may seem. #PuigYourFriend

By Brian Clapp | August 03, 2016 Sign In or Register to access all articles and insider tips for help in your job search.