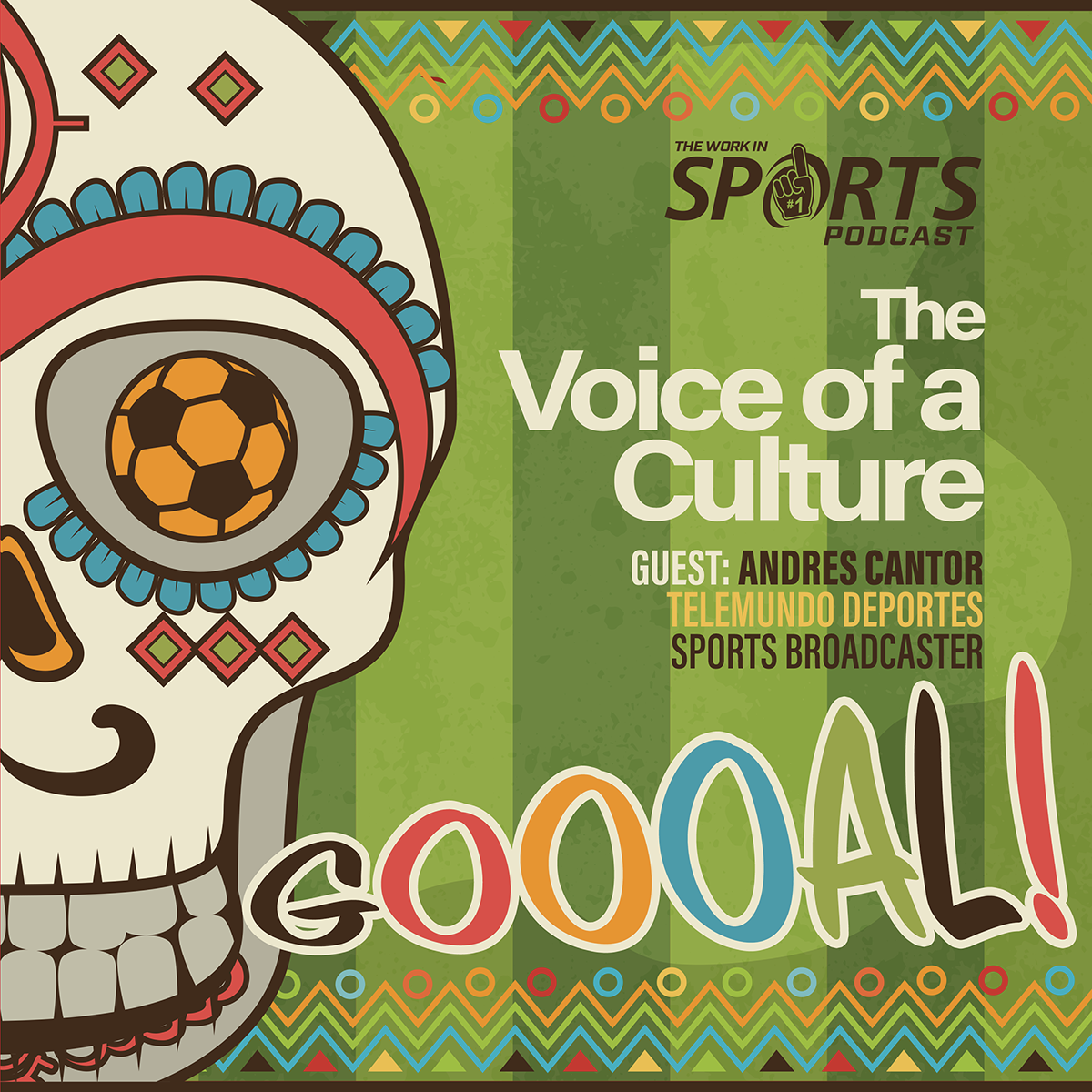 Calling all up-and-coming broadcast talent – here’s your chance to make a name for yourself overnight. Compete against others in SiriusXM’s “MLB Fan Call of the Month” contest.

Visit SiriusXM dot com slash MLB Fan Call, and make your voice heard before the contest closes on September 10th at 10AM Eastern.

One winner, as judged by the SiriusXM programming team, will have their play-by-play call air on SiriusXM MLB Radio, and advance to compete in the final “Fan Call of the Year” contest for a grand prize that includes a trip for two (2) to attend the 2021 MLB All Star Game at Truist Park in Atlanta, Georgia, plus the once-in-a-lifetime opportunity to call a half-inning of the SiriusXM All-Star Futures Game, LIVE on SiriusXM MLB Radio!

Hey everybody, I’m Brian Clapp, VP of Content and Engaged Learning for WorkInSports.com and this is the Work in Sports podcast…

Buenos Aires, the Paris of the South, known for its architecture, cuisine, shopping, history, entertainment, beaches  -- one of the top travel destinations in the world.

But in the 1970’s Buenos Aires was in the midst of the Dirty War, a period when Argentina’s military dictatorship turned against its own people.

Quick trip down history lane -- it was 1976 when the Argentine military overthrew the government of Isabel Peron, the widow of populist president Juan Peron. It was a political coup called Operation Condor and it was sponsored and supported by the United States.

The military took power by force, and turned against Argentina’s citizens, taking away political dissidents and people it suspected of being aligned with leftist, socialist or social justice causes and incarcerating, torturing, and “disappearing”  an estimated 30,000 people.

Still to this day, every Thursday, the mothers and grandmothers of the 30,000 unaccounted for victims of the Dirty War, gather in one of Argentina’s most famous public squares, the Plaza De Mayo, wearing white scarves and holding signs covered with names.

Why am I bringing all fo this up? Why the trip down Argentinian history?

Today’s guest is one of the most famous sports broadcasters in the world, Andres Cantor, known around the globe for his legendary play by play call when a goal is scored in soccer. GOOOOOOOOOOOOOOAAAAAAAAAAAAALLLLLLLLLLLL!

But to really understand a person, you have to know where they came from.

When I was given the opportunity to interview Andres, a man I have long admired for his artful, entertaining work in soccer, the Olympics, and as a leader in the Spanish-speaking  community - I wanted to understand the man behind the call, not just the call itself.

Andres grew up in Argentina, in Buenos Aires, during the Dirty War, when the military took to the streets and people he knew disappeared.

His family fled the country, and came to America, where he had to completely restart his life.  I strongly believe we are formed by our early years, they become our foundation for what we believe is true, valued and important - our early experiences shape the way we see the world.

Not put yourself in Andres shoes. War-torn country, on his doorstep, in his vision every single day. Fleeing the country, starting over, new people, a new language, new culture, new everything.

He had ever reason to make excuses, to blame the world for its injustices, to crumble in the face of the challenges ahead of him.

He became a legend.

This year Andres celebrated his 20th year at Telemundo, and I had the honor of interviewing him on his illustrious career. One note before we get started -- 5 minutes before we started our interview, Andres’ phone started blowing up because Lionel Messi announced he wanted to leave Barcelona. He has sincere retracted, but in that moment, getting breaking news like this as we started -- I was worried he’d be distracted… he was not, he is a true pro.

1: You have become a globally recognized sports broadcaster for your iconic reaction goal scoring call – and I want to get into that origination story and how you built your brand to be what it is today… but let’s start a little further back –

Where did your passion for sports originate from and when did you figure out this would be your career?

2: I’ve known many sports broadcasters who grew up calling games into a hairbrush in front of the mirror, trying to emulate their play by play idols – were you this way as a youngster, constantly working on the craft that would later become your profession?

3: 1976 to 1983 was a time of unrest in your native Argentina, you grew up in Buenos Aires during the “Dirty War,” a harrowing period during which the country’s military dictatorship turned against its own people.

You were a young teenager during this time period, what do you remember most about this time of national unrest happening all around you?

4: Your family immigrated to the US in 1979 when you were 15 – how challenging was it to change cultures during your teenage years?

5: You later attended USC with a goal of being a journalist – is this when you started to envision yourself being on television?

6: By the time you were 23 you’d lived through war and unrest, changing countries and cultures, and you persevered through all this change to earn your degree from USC – what did you learn from these early experiences that helped form you into who you are today?

7: I’m fascinated by how your on-camera career began – Spanish international Network began in 1962 and was the first television network in the US to broadcast in a language other than English –in 1987 they began to transition to Univision, and they invited you in for an audition – what were you prepared for on that day, and what actually happened?

8: So you had never done play-by-play for a game before? And this is where your signature goal call came from, in this moment?

9: You are so well known for that call – I feel many young sports broadcasters are searching for their “signature call” they can be known for like you are – do you think this is smart? To go looking for a signature moment? Or should they just let it happen more organically?

10: In a 90 minute game, you may have just a few instances to use your signature call – do you feel sometimes that the majority of your work is overshadowed by that one thing?

11: You’ve really made your mark globally during the World Cup -- one of my all-time favorite moments was your call of Landon Donovan’s game winning goal against Algeria, it still gives me the chills to this day.

I have to imagine after these games where you are going 100 miles an hour on the call, that you are physically and mentally exhausted, right?

12: From where you started to where you are now, how much has soccer grown in the US, and does it still have growth potential?

13: Can the US ever become competitive for the World Cup? Or is there just too many other draws for the top US athletes?

14: 2020 has been a tragic year and the sports experience has been different without fans.

As you’ve called games for Telemundo, do you think the quality of play has suffered without fans? Is there some energy or passion that just can’t be replicated without screaming, singing fans?

15: We’ll finish up with this – thousands of people who want to work in sports broadcasting will listen to this episode, what advice would you give a young person starting out who dreams of being as successful as you have been?

By Brian Clapp | September 09, 2020 Sign In or Register to access all articles and insider tips for help in your job search.