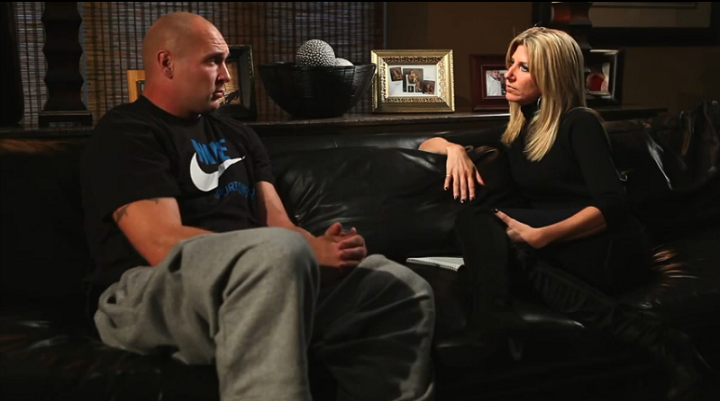 Becoming a Sports Reporter: Laura Okmin's Path to the NFL on Fox

News Directors from TV stations all across the country have one thing in common, they are all inundated with demo reels from anchors and reporters hoping to make a lasting impression and catch a break.

“The hardest job to get in this business is your first job because you are being hired on potential not talent. But you only need one person who believes in you.  That person may be the first to see your reel, or the 97th. You don't know, so you keep sending out those reels until you do.”

Okmin landed her first on-air sports reporter job in Montgomery, Alabama, market 118, making less money per year than it would cost to buy a 2001 Toyota Camry. But she ascending quickly, making a name for herself during stops in Chattanooga and Chicago, before going national at CNN/Sports Illustrated and Fox Sports.

For more on the tips, tricks and techniques to find sports reporter jobs, here’s the NFL on Fox's Laura Okmin.

Sports reporter jobs can be extremely competitive - how should someone go about getting hired as a sports reporter?

Okmin: Why do people succeed in this hyper competitive business? Some of it is what you know, some is who you know, some of it is talent and timing. But, I think, the biggest reason for success early on is not giving up after your 10th, 20th..yes, even your 30th tape... gets rejected.

It's so easy to want to quit - you're watching your friends get jobs, make money, get their lives in order and you're continuing to send tapes to places around the country you've never even heard of, and for an amount of money you have no idea how you can live on.

The biggest piece of advice I can give is the biggest cliche there is: don't give up. When you get frustrated, send another tape. THAT tape may be the one.

I don't remember how many tapes I sent out before I finally got my break - but it definitely wasn't my first or my 10th. I made 10 thousand dollars for my first job in Montgomery, Alabama working sports on the weekends and news during the week.

It took a long time to crack that door open but I was there just one year until I moved up to Chattanooga, Tennessee. That first door was the hardest to push open. I'm so thankful that I kept pushing.

You ascended quickly going from Montgomery, to Chattanooga (87) and then WHAM – you’re in Chicago, market #3 during the Bulls dynasty. Why do you believe you rose so rapidly?

Okmin: Some of it was, hopefully, talent, some of it was timing, and I hope much of it was that I worked my butt off, shooting my pieces, writing and editing everything I did and working on days off to get better.

In those days there weren't many women in sports. I was the first (and only) woman in Montgomery and Chattanooga.  Sportschannel in Chicago was looking for a woman, in a tough sports town, that didn't have many women covering their teams.

It very much helped that I was from Chicago and knew the city, the lingo, the passion, but it also helped that I wrote my own stories, knew how to cover a team and build relationships.

I was still very green-only two years in-and Chicago was a huge jump. A scary jump, but one of the greatest leaps I've ever taken. I never let myself question whether I belonged...I just worked hard every day to prove that I did.

Before you landed in Chicago, in Chattanooga you covered Terrell Owens before he was T.O. – what was he like back then?

Okmin: Terrell (definitely not T.O. back then) was one of the shyest, most humble, players I ever covered.

There wasn't much media covering UTC so there was no need for sharpies or dances and I can't imagine that kid doing any of that anyway. This goes back to building relationships. I covered Terrell in Chattanooga as well as a minor league baseball player for the Chicago White Sox who played for the Birmingham Barons named...Michael Jordan.

Every young sports broadcaster is in such a hurry to get to the highest level, I was the same, but there is nothing more rewarding than building your career alongside the athletes you'll eventually cover when you get to the higher markets.

I got to know Michael when he was a humble ballplayer trying to fit in. I would've never seen that side or gotten the access to him I did in the minor leagues if I started out in Chicago. I still keep in contact with many coaches and players I covered back then.

If you start out in a big city, you're one of dozens and dozens of media covering a team. When you're in a small city you're one of a few and getting to know minor league players, college players and coaches who will rise along with you. You all are paying your dues together and that's pretty special as you grow up watching and rooting for each other-they root for you as much as you root for them.

Those are relationships you start building which may come into play 15 years down the line in your career. I'm such a fan of starting in smaller markets and this is one of the big reasons why.

That brings us to an interesting part of all sports reporter jobs - developing sources. How does someone starting out, either recently graduated or beginning in a new market, develop sources?

Okmin: This is one of my favorite parts of the job, but that's the reporter of 2013, I don't think I would've said that in the early nineties when I was starting out and starting to make connections.

The answer is it takes work and it takes time. A lot of time. Like any relationship, patience and trust takes years to develop.

What I can say, is that it's the most rewarding part of my job. A player I've covered for years gave me a great compliment recently saying he appreciates that of the ten times I reach out to him, I'll ask for something I need only one time. That's always been important to me.

I reach out often with no agenda and I think that's so important if you're truly building relationships…not just "sources."  It will make all the difference when building your connections and your reputation. You don't want someone not answering their phone because they know every time they see your name, it's because you need something.

I want anyone who I go to, in work or in life, to feel appreciated, not used.

You mentor young women trying to break into sports broadcasting, what is the main piece of advice you try to give them?

It's always wonderful and important to watch other broadcasters to see what you like and don't like but make sure you don't try to emulate anyone. What sets you part is...you.

I love putting on a tape of someone and seeing something I haven't before and that only happens when you're being authentic to who you are, on camera, and in life.

The other piece of advice is something women usually do well in life...listen.

As a woman, even now with so many in the sports business, we still feel we have to prove we know what we're talking about. Don't feel that way. I hope you're looking for sports reporter jobs because you know and love sports so don't make it about you, make it about the person you're interviewing.

Stop thinking about what your next question is going to be and listen to what their answer is - that's when an interview stops and a conversation happens.

You get there by being yourself and being a good listener.

By Brian Clapp | November 06, 2013 Sign In or Register to access all articles and insider tips for help in your job search.