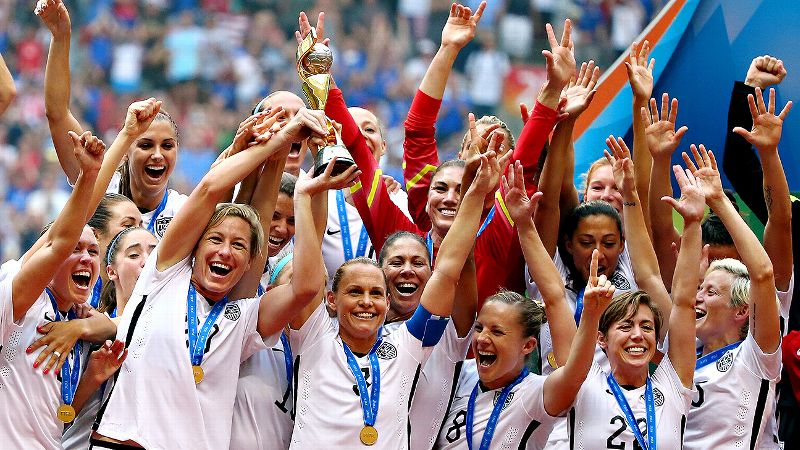 Opportunities for women to participate in sports were scarce for centuries and the evolution of women’s sports was slow to develop.

Title IX was enacted in 1972 and became the first stepping stone for women to have equal education and athletic rights. But there are still huge discrepancies. March 8th is International Women’s Day and groups are pledging to create gender equality.

The World Economic Forum predicts the gender gap won’t close entirely until 2186. On International Women’s Day people around the world are raising awareness and participating in “Be Bold For Change” rallies, because the year 2186 is too far away.

International Women’s Day can be an important catalyst creating change for women and moving towards a more gender equal world.

As the women’s suffrage movement grew in the 1900s, so did the number of competitive events for females.

During World War II, the first professional women’s team was born with The All-American Girls Baseball League. Unfortunately it was disbanded after the war.

As the Civil Rights movement was taking place, women’s sports were also increasing at the collegiate level. In 1969, a national championship for women’s gymnastics and track and field was announced. Soon after, swimming, badminton, volleyball and basketball were added.

Since Title IX was implemented women’s participation in sports has skyrocketed.

According to the National Federation of High School Associations, girl’s participation in high school sports reached 3.26 million in 2013. At the high school and collegiate level today, forty-two percent of all athletes are female.

Although participation has increased, female events only receive four percent of all sports media coverage. More people watch male competitions and many female sports struggle to draw a crowd. One exception is the women’s college softball World Series. It averages 440,000 more viewers than the men’s baseball College World Series.

Money is another area where there are several gender differences.

A recent poll by Always, who started the #LikeAGirl campaign, showed attitudes about women and sports still have a long way to go before gender equality. 1,800 men and women polled stated both genders were equal in science and math, but sports was an area where they differed.

International Women’s Day is trying to raise awareness of the discrepancies women face everyday. “Be Bold For Change” and show young girls they can have equality in education, athletics, and compensation.

Although Title IX has paved the way for more female participation and more competitive sports for women there are still several areas that are unequal. Male sports receive more televised time as well as more money for scholarships, recruiting and pay.

By Audrey Willis | March 08, 2017 Sign In or Register to access all articles and insider tips for help in your job search.