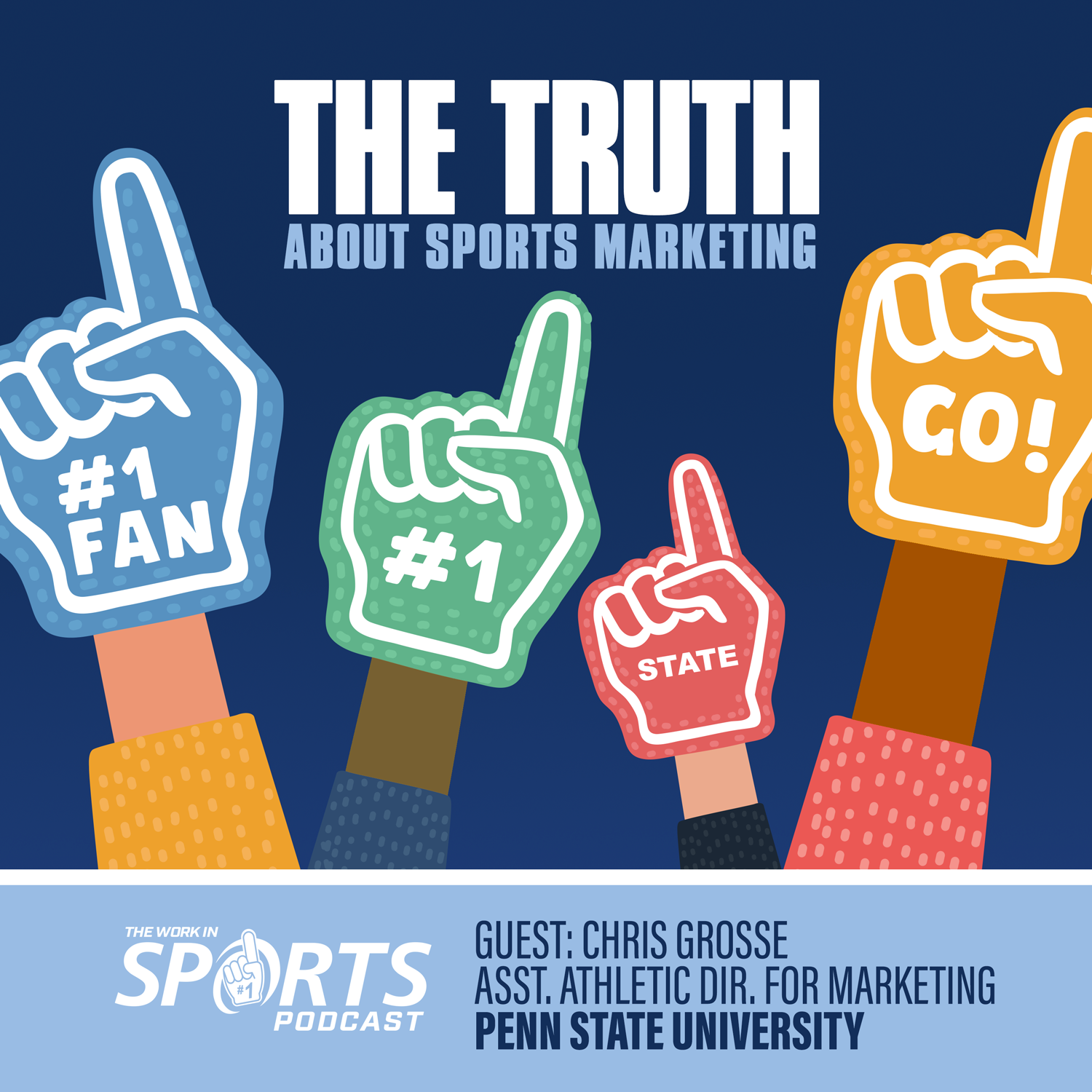 The Work In Sports podcast is brought to you by EMPOWRD!

NFL superstar Trey Flowers, ESPN anchor Maria Taylor and many others are encouraging you to get registered to vote with EMPOWRD!

Empowrd is a technology platform created by former Oracle Tech executive Horace Williams to simplify civic engagement and put democracy in the palm of your hand.

This is the most important election of our time. Get engaged, informed & ready to vote - all with ONE app. Download today at EMPOWRD.com.

Big ten football back in October -- look, this is great news all around, as a die-hard sports fan this is what we want to see. If the league commissioner caved to the pressure, thats not good, but if they did their work, consulted with scientists, public health officials and creatd systems to keep the athletes and staff safe and sounds… well, right now.

I don’t know about you, but I’ve actually found the NBA and NFL experience without fans, a great experience.

The NBA, I don’t even really notice the lack of fans anymore…The NFL is still a little weird, with the huge empty stadiums, but I’m getting used to it. Baseball… ugh, but maybe I’m tainted by my Red Sox being awful.

But there is something magical about college sports. I’ll be the first to admit, growing up in the Boston area, there isn’t a huge college sports component, it’s all pro sports.

I always thought of college sports as the minor leagues to the pros, and therefore less important. In my world view the pro game was the pinnacle and everything else was just a pathway.

But really, this is the wrong lens to look through.

This perspective changed for me, when I was in my late 20’s. I travelled to England to watch a few premier league soccer games -- I saw a game at Arsenal, and another at Chelsea - and these were experiences I had never had in sports.

One of my co-workers said to me… have you ever been to a football game at UGA? Well, no.

Another -- have you been to a game at Tennessee? (this is when Peyton was huge) And then my boss, a Michigan grad, said ..dude “what about the Big house?” you been?

It wasn’t until I started experiencing these college sports cathedrals that I realized mine was the skewed perspective. That the real passion and enthusiasm and maniacal fandom was in college sports. That booming of 106,000 people on a saturday in the fall chanting so loud your chest felt like it was compressing.

And it’s not just football… Most of the athletes in college aren’t on the professional athlete path, they play water polo and volleyball and tennis for the pure love of the game and competition.

That’s the magic you want from sports.

And as my journey has continued, as I’ve interviewed associate athletic directors from Ohio State, Purdue and Michigan… you realize how much goes into operating a department representing sometimes 30+ teams, not just one. The effort and coordination it takes to maximize the experience of thousands of student athletes across a department...and to draw fans not just to football saturdays, but mid-week soccer games, and track and field and baseball.

The challenge is real, and it’s exciting.

I’m in awe, and for that reason I watch, listen and learn from those friends I have created in college athletics to better understand their world.

A new friend in the mix, this weeks guest Chris Grassi -- Penn State Assistant Athletic Director for Marketing…who is back at work preparing for fall sports, instead of tweeting about brownies and whether hot dogs are sandwiches.

Listen in by subscribing to the Work In Sports podcast!

By Brian Clapp | September 23, 2020 Sign In or Register to access all articles and insider tips for help in your job search.