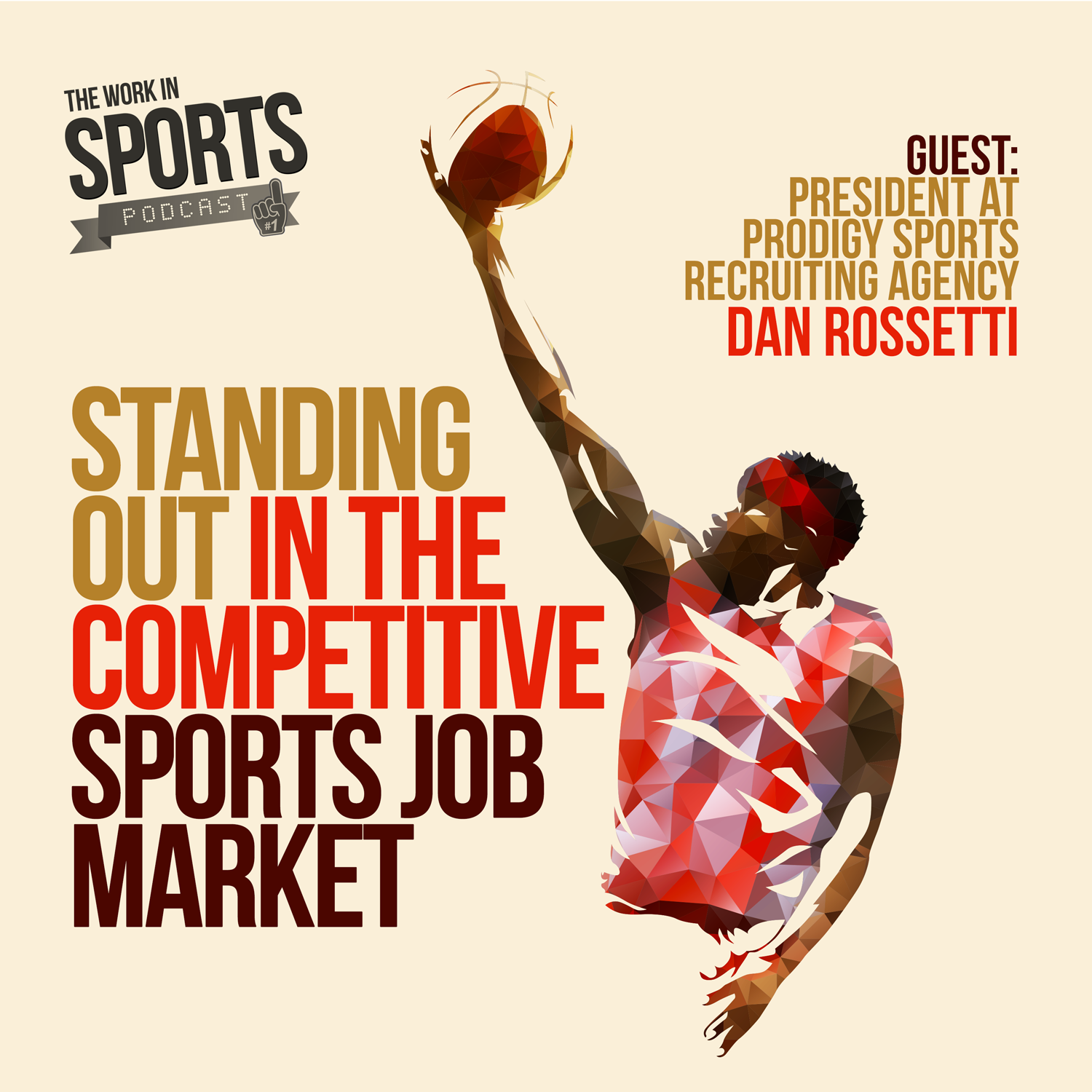 Dan Rossetti is the President of Prodigy Sports Recruiting, and an expert in what it takes to get hired in the sports industry. Check out this episode and learn what it takes to stand out to employers for sports jobs.

When I was younger I had this idea about being discovered.

You read these clickbait stories of famous people being discovered just walking around town. Ashton Kutcher was ambling through the mall in Iowa when a talent scout discovered him.

Jennifer Lawrence was walking with her family in Union square while vacationing in New York and a talent scout discovered her.

When I was young I thought of these moments a lot… like my time was coming, I’d be discovered soon.

Truth is I was kind of chubby, kind of short and had a lot of freckles and braces.

The point is, I was consumed by this idea of something great happening TO me, just by being somewhere.

The lottery ticket of life was going to be bestowed upon me as I walked through Chess King at the Leominster Mall, picking out some horrendous outfit, or at least looking significantly intrigued as if I was playing a role to some camera that didn’t exist.

You day dream and think someone may be watching… right now… time for Blue Steel!

You laugh, because you did, or still do the same thing. We all do.

People do this with their careers too. I’ll be discovered after college, by someone great doing something I deserve to do and they’ll pay me, LOTS!

In the early months of this podcast I had on sports recruiter Dan Rosetti, Dan is incredible, he is the President of Prodigy Sports Recruiting and one of the true greats in this industry along with his co-workers Mark Gress and Scott Carmichael.

But here’s what happened when I released that episode – I was flooded, and I imagine Dan was too – with requests of people who wanted Dan to find them a job. It didn’t matter what the job was, or what their skills were…they just wanted Dan to discover them.

Sorry people, that’s not how the world works.

You need a plan. You need a skill set. You need to build your brand. You need experience. Then someone like Dan can take you to another level.

He can’t make you desirable to employers, that’s on you…only you can do that.

Here’s the other thing that happened during that interview – Dan dropped some incredible knowledge and insight about what makes people successful in their sports careers and he would know better than anyone.

So let’s go back in time and listen to Dan Rossetti, president of Prodigy sports and one of the most insightful people in the industry.

By Brian Clapp | October 31, 2018 Sign In or Register to access all articles and insider tips for help in your job search.