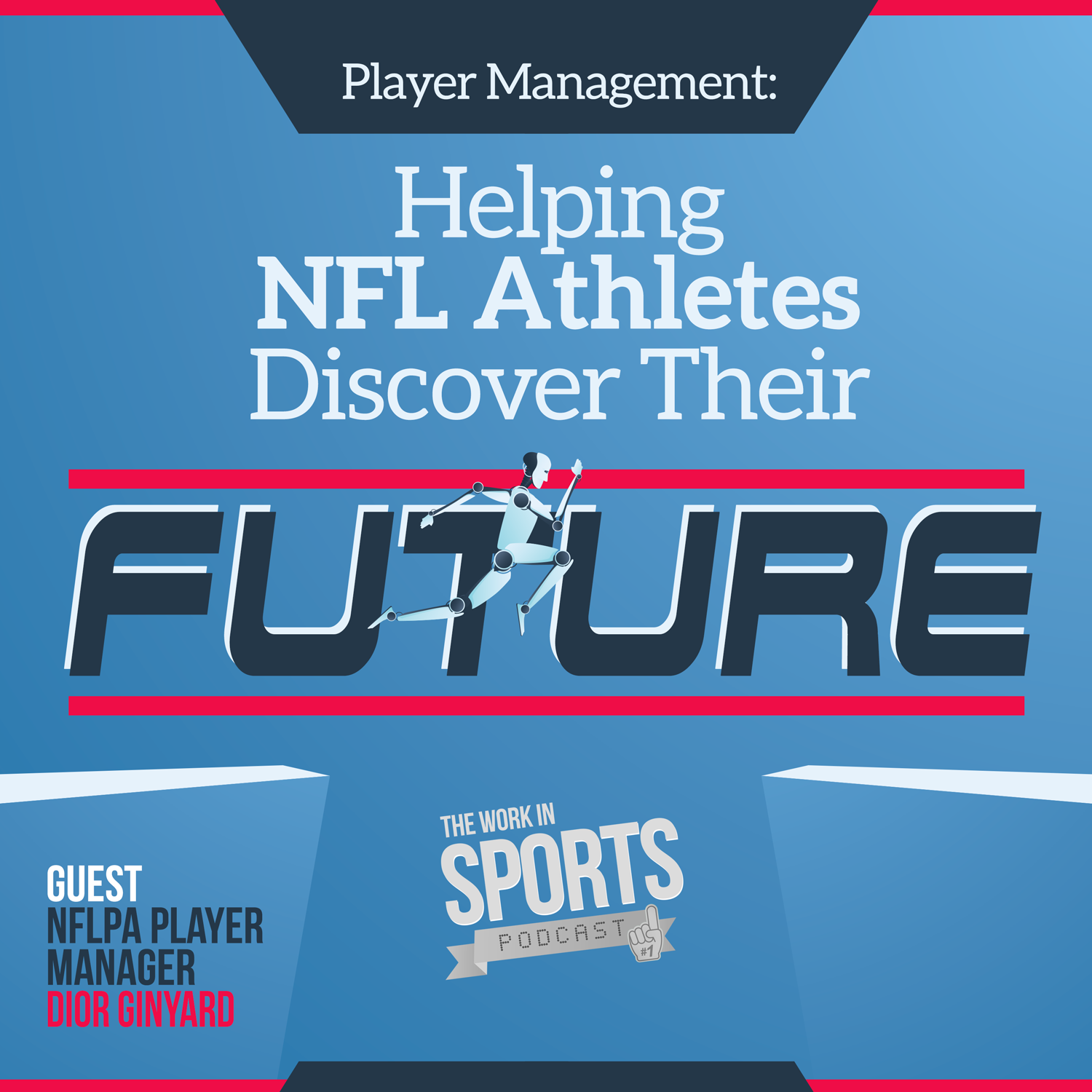 From traumatic brain injury to Forbes 30 under 30, NFLPA Player Manager Dior Ginyard shares his story of finding his true sports passion: serving others

Imagine for a second you had complete clarity in your life at let’s say 12 years old.

It became a big part of you, it defined you.

While in high school your friends knew you wanted to be a veterinarian, your teachers knew and helped push you further into your goals.

Guidance counselors helped steer you toward the best veterinary schools and you were accepted – because you were focused, dedicated, knew what you wanted and were driven to succeed.

You could see how your future was going to play out.

But then in a blink things changed. You were in a car accident and lost the use of your right hand, your dominant hand.

You wouldn’t be able to perform surgical procedures, examine animals, diagnose issues. It was gone. Your dream of being a veterinarian – poof - all gone.

What would you do? Everything you had pushed for, the dominant focus of your life was now physically unachievable.

Would you wallow? Get depressed? Question your future?

Probably all of those things – I know I would. Recalibrating would be hard. You’d be forced to change in an instant, after spending nearly a decade working toward something that felt like your purpose.

How unfair – right? Easy to blame, get angry, lose focus and fall into a trap. Very easy.

This week’s guest Dior Ginyard didn’t want to be a veterinarian, he had a very different dream and it was taken from him tragically.

He had to change his focus, figure out a new purpose and drive forward with the same intensity he had reserved for his now unattainable dream.

Connect with Dior Ginyard, Player Manager for the NFLPA

Questions for Dior Ginyard, Player Manager for the NFLPA

1: Before we get into the nuts and bolts of your role with the NFLPA – I think it’s vitally important to give our audience some background into the man behind the job. Before you got into player development with the NFL, you were a high-level football player yourself at Frostburg State in Maryland – but your story took a turn, can you take us through what happened after your freshman season?

2: I’ve worked with many athletes over the years and one of the things I believe that makes the greats SO great, is their singular focus on their craft. For you, that craft that took so much of your attention and future plans was gone in a blink – how did you recapture and recalibrate your goals and dreams?

3: How much did your personal experience/tragedy help form your desire to get into player development?

4: Ok, so you have a traumatic brain injury, fractured skull, playing career over – and in a few years you’re featured in Forbes Magazine’s 30 under 30. That’s a big story – let’s start at graduation, you get your degree from Bowie State, how and why did you end up at the NFLPA?

5: A job opens in player development at the NFLPA and I imagine a lot of people apply – be honest, don’t be humble, why do you think the NFLPA chose you to be part of their team?

6: Explain your role in player development, how are you tasked with helping NFL players improve themselves?

7: I read a quote from you in the Undefeated -- “I’m not working with the Tom Bradys and the Odell Beckhams; I’m working with the guy that’s going to need a second career. I’m one person in their ecosystem of friends and managers and agents. I want to give them something.”

The last part of that quote really struck me, these top-level athletes are surrounded by people asking them for things. People want handouts, or someone to invest in their business, or an autograph, or whatever – but you are looking to give them something.

How would you describe what it is you are trying to give them?

7: What are some of the biggest challenges in your role? I’d imagine there is a ton of upside in helping people, but no job and no life is without it’s challenges.

8: We have a private Facebook group with about 600 of our listeners in it, and before every interview I ask that group if they have any questions they want me to ask an upcoming guest. Well, one of our most loyal listeners Kirsten Nelson has been asking me for months to get a guest in player development. Finally, I came through for her, and now she sent me a bunch of questions…

A bit of background, Kirsten interned with the Denver Broncos and a few other places in sports, but after not finding full-time work in sports, she’s been working in a different field while she tries mightily to get back into sports.

Kirsten wants to know – “It looks like you spent some time outside of the sports industry, how did you manage to get back into it and in the player development area?”

9: Kirsten follows up with two quickies – what is the most rewarding part of your job? And are there any women that work in the player development branch of the NFL?

10: I find most people in the sports industry are the type that seek out inspiration, whether it’s via movies or books or whatever – so what inspires you?

11: We’ll finish up with this – You’re under 30, but have had a ton of experiences in sports, business and in life – if a young person, say someone about to embark on their college career came up to you and said “I want to work in the sports industry someday like you” what kind of advice would you share with them?

Without trying to sound too preachy – now’s the time to do a little self-reflection. How are you approaching your goals – are you the type to sit back and blame the system for being too competitive? Hate on the fact you aren’t getting interviews? Or that your internship didn’t turn into a job?

Next time you are wallowing in your story, take a minute, get it out of your system, and reflect on Dior’s story. Traumatic brain injury, fractured skull, memory loss, dreams shattered.

He battled the demons, and came out the other side a better person.

That’s the lesson here. Sure we learned a ton about being a player manager for the NFLPA, a role I knew nothing about prior to this interview, that part was exciting, but the story behind the man bestowed with the honor of Forbes 30 under 30 – now that’s the part you need to remember.

That’s it for this week – thanks to Dior Ginyard, it was a pleasure.

By Brian Clapp | July 03, 2018 Sign In or Register to access all articles and insider tips for help in your job search.