Does a Competency Based Resume Technique Work for the Sports Industry?

Hey, everybody, it’s Brian --  Georgetown offers a part-time Master's in Sports Industry Management that prepares you to excel in the global sports industry. Ideal for working professionals, the program offers flexible options to take classes online, on campus, or through a combination of both—so you don't have to interrupt your career to earn your degree. You'll leave the program with the communication, business, and leadership strategies that position you for success.

And the Work In Sports podcast is brought to you by the Work in Sports academy -- our four online courses teach you the skills you won’t learn in the classroom - but will make the difference on whether you get hired for jobs in the sports industry or not.

Learn how to network, build your personal brand, interview for jobs and internships, and create a strategy for gaining the experience the industry needs.

Make yourself more employable -- check out the Work in Sports academy classes today! They are taught by me -- so get in there.

From Kae in New Hampshire -- Kae is a member of our private facebook group - you should really check it out, incredible conversations are happening over there and you get a myriad of perspectives...and great opportunities to network.

Let me make this point really quick -- networking isn’t just vertical - it’s also horizontal. What I mean by that is, if you are a student, you don’t just try to build your network with directors, VP’s and CEO’s. That’s networking vertically -- up -- and it is important, but it’s not the only direction you go. You also network horizontally, with your peers, or people right around your level.

The people in our private facebook group are the motivated core -- they are pushig themselves to break into the industry, they are interviewing for jobs, networking, going to conferences, building their expertise -- it is powewrful to know these people.

So, I’ll just throw out a few names here -- name dropping -- when Kelsey Smith gets a job with the Lansing Lugnuts or Harrison packer gets hired by the LA Rams, or Jake Kernen gets hired by Florida State athletics, or Scott MacDonald gets hired by the Atlanta Gladiators, or Dasmine Evans gets hired by GSE worldwide… these are just a few examples of the people who are in our group, who have broken into the industry in the last year or so.

Let me give you a real life scenario before we get into today's question. Harrison Packer, just mentioned that he’s been hired by the LA Rams in their marketing department... He’s been a fan of the show and active in the podcast group for the last two years. Well, now that he’s in a position to hire staff, you know where he went first… our group. Join the group and connect with harrison if you want to learn more… but my point is even bigger. Networking horizontally can often be even more beneficial that networking vertically.

Make friends with your peers.

Alright -- that was a tangent I didn’t expect to go on…but it was good, I liked it, a good solid learning point.

Ok, so now we can get to Kae’s question from New Hampshire… BTW, I met Kae and others while speaking at their University of New Hampshire sports management club-- always cool to not only speak with people virtually, but to see them in their native element.

Kae wrote a pretty long question, so I’m going to paraphrase a bit --

Does anyone have experience writing a competency-based resume?

OK, that’s paraphrasing a lot - she had about three more paragraphs of details, but suffice it to say it all led back to the core question on competency based resumes as they relate to the sports industry.

And I love dissecting this trend so let’s get into it.

First, let’s cover some definitions so everyone is working off the same dictionary.

The most common type of resume style is the chronological resume.

A competency based resume focuses more on your abilities and qualifications and less on how much time you spent at each employer.

This resume style has less depandance on dates and times, and more dependence on skills and results.

Now, on a very surface superficial level, I am a skills person so this concept resonates with me. I want to know what a person has done and can do. I want proof of concept, way more than I want dates and times, becasue some people can make a huge impact in 6 months, when others can be invisible at  an organization for years...riding the gravy train and hanging out in the middle.

This concept of a competency based resume developed out of the S.T.A.R interviewing process. Many HR people and hiring managers use an interv iewing technique called STAR, which stands for

Situation : This is the situation you faced... or the challenge. Briefly set the scene.

Task: What did you have to do? What was your objective? (sometimes people group Situation and Task together).

Action: How did you do to complete the project or challenge?

This is a formulaic approach to interviewing..and while I hate formulas and acronyms -- seriously, it makes my skin crawl when people market some marketing or business of finance system and turn it into an acronym.

Or when people share a meme with an acronym for what LOVE really means Listen, Overlook,  Value, Encourage - it makes me want to vomit. I mean, I really question if I could ever be friends with these people.

Anyway, off track again, I’m not a fan of formulaic approaches...but in the initial phases of interviewing it makes sense to put everyone through the same pattern. That’s what led us to this STAR technique.

Well, then people thought… if the idea behind the STAR technique in interviewing is to isolate and prove skills, and how you’d handle real life situations...why not make a resumes follow a similar thought exercise?

Tadah - the competency based resume style.

In theory, this style would help to quantify why you are an exciting candidate, it reveals what you have done in the past and the idea being that this was not a fluke and that you will do even greater things next time.

This sounds like a winner right? I kind of thought so myself… like, maybe this is the first advancement in the resume game over the last 200 years. James Polk had a chronological resume in 1845.

Not familiar with James Polk? First president with a mullet? Come on people!

So I reached out to 5 friends in talent acquision. Colleen scoles of the Philadelphia Eagles, Mark Coscarello of the USGA and Mailyn Vu of the Cleveland Indians.

Yes, that is only three...the other two work for teams and couldn’t get clearance to speak to me on the record. Like I’m some muckraker or something. In all honesty, they could of, I just didn’t want to wait to be vetted… I’ll just quote them and not mention their names.

I’m going to wuote them verbatim. No paraphrasing.

Colleen: Hey Brian I’m great, how are you… wait skip that part… I actually prefer a chronological resume. I want to see what experience the candidate gained from each position they had (bullet points of accomplishments under each role) and how they have progressed in their career over time. During a phone screen we can usually get more in depth with their skills to determine if they are transferable to other positions.

Mark: What I like to see and have continued to encourage people to use is a chronological resume with the mix of and examples of competencies within.  I'm not a fan of only the competency based resume, the reason being I want to see at which company along your career journey you used or gained that experience or exposure and on what project.  I also want to see the time you spent at that company using that competency. I always ask about the competencies and detailed experience under that company, job and time.

I see a pattern emerging

Mailynh: This gets tricky. I guess a couple of thoughts on the style: 1. Where are the competencies coming from? Is it through actual assessment results? Or own beliefs? 2. Most employers will still want to vet out competencies that match the role and organization through interviews. With that said, a candidate can input the information but if he/she does not have the experience to back it up and support the competency then it's just a keyword. On top of that, each competency may have different meanings to different industries. 3. Most employers still want to see where you have worked before so they have an idea of the work you have done. This may help the interviewer empathize or challenge the work further...have meaningful dialogue.

Friend #4 who shall not be named:

“My job is to get to a place where I feel comfortable recommending a person, or group of people, to the hiring manager. I know these choices reflect on me, and how well I am assumed to do my job. In a competency based resume, less facts are known about the candidate. This to me is very scary -- what if I rcommend someone for the next phase, and it turns out they haven’t workeed for 4 years straight, or they never did the skills we need at a level high enough for the role. Or they haven’t managed people in 7 years. I don’t like the unknown, competency based resumes leave too many gaps.

So there you have it. From the experts. Compentency based resume = not the answer.

BUT, if you read between the words.. You can still take concepts from each and mesh them together. As I have always said -- create a chronological resume, but fill it up under each role with your core competnecies, skills and metrics. That’s how you prove your worth and don’t leave questions behind.

Alright that’ll do it for today -- coming up on Wednesday Chris Grassi -- Assitant Athletic Dirctor for Marketing at Penn State -- just did this interview on Friday and it is awesome. So much good stuff. And I’ll tell you right now… follow chris on twitter @Chris_Grosse - he is one of the best follows in college athletics bar none.

Alright -- that’s on wednesday, until then...get back to work.

By Brian Clapp | October 14, 2019 Sign In or Register to access all articles and insider tips for help in your job search. 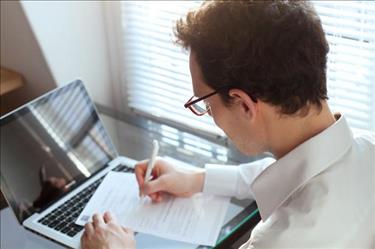 Writing Soft Skills Into Your Resume 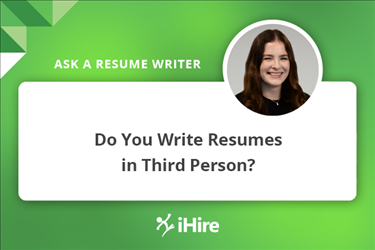 Ask a Resume Writer: Do You Write Resumes in Third Person?