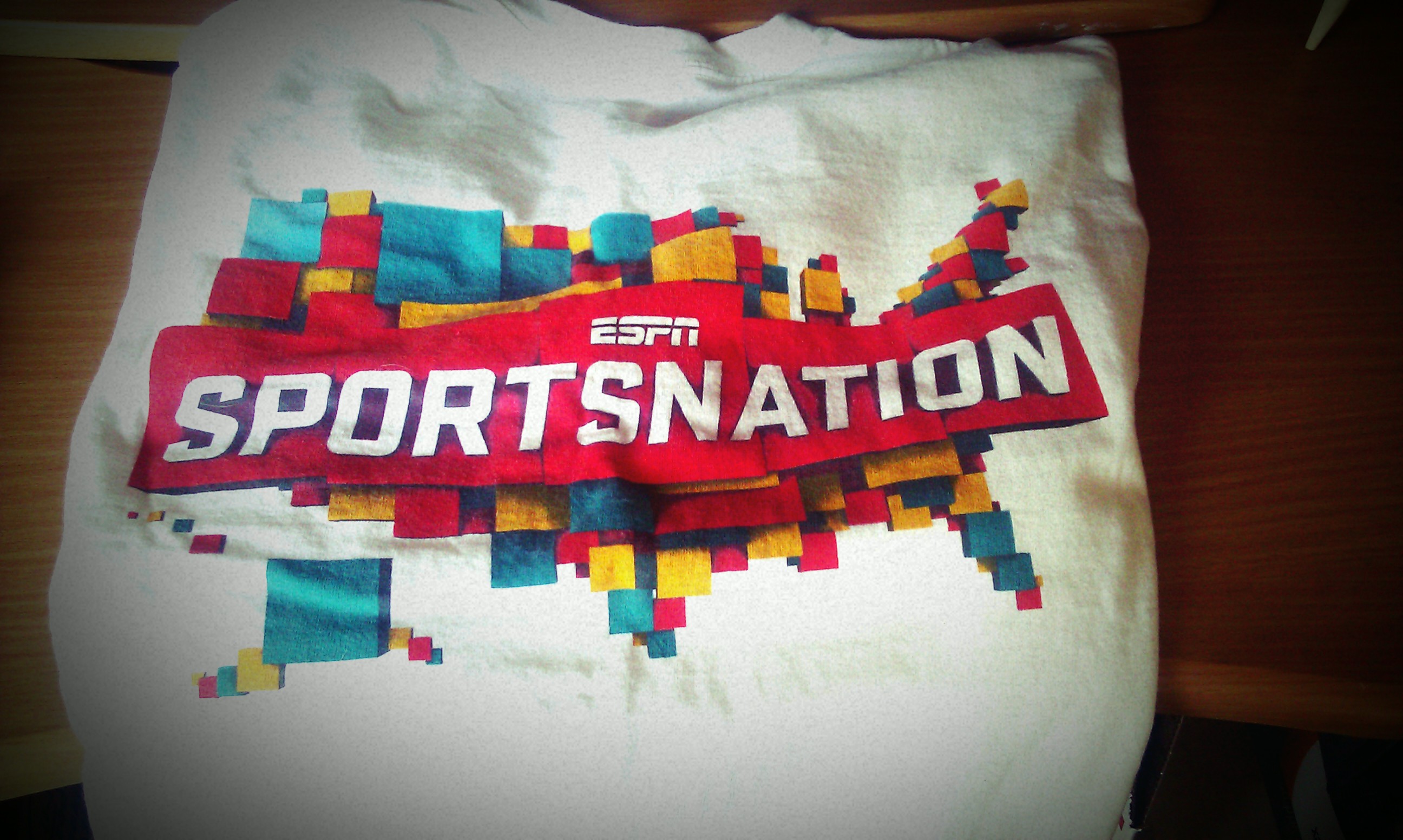 From Small School to Dream Job: How One Student Fought the Odds

Students that are lucky enough to attend the Missouri School of Journalism are able to gain real world experience working at an actual NBC affiliate, KOMU. Attend Syracuse and you can walk the halls once roamed by Mike Tirico, Dick Stockton and Jeanne Moos. At USC you'll be taught the ropes by recognizable industry names like Alan Abrahamson and Willow Bay.

But what if you decide to go another route, absorbing your college experience on a smaller campus without the big names or fancy technology? Will that choice forever stunt your growth as compared to graduates of other, bigger, programs?

"To be honest, that was a constant worry of mine," says ESPN Content Associate and Muhlenberg College graduate Alyssa Scaglione. "I would be lying if I said that I wasn't a tad insecure about the fact that I wasn't attending Syracuse or USC. I used that as motivation to work harder to get my name out there and network as much as I could. But in the end Muhlenberg ended up being the reason I have my dream job at ESPN today."

Being labeled an underdog often brings out the best in people, especially innately competitive sports people. Scaglione knew she'd have to overcome the perception of attending a small school in a rural Pennsylvania town best known for a Billy Joel song, but that small school had benefits she didn't initially see coming.

"Small schools often get a bad rap because they don’t have the big broadcast channel or equipment, or even the student body interest in TV production. But what people don’t realize is the smaller the school, the more people you know. You become really close with your professors and other people around the school. These people become invested in you because they have gotten to know you so well over the years and they really go the distance to help you succeed."

Scaglione turned that networking advantage into prized internship experiences at top market sports stations, and then the rest was up to her. To fill in the blanks of how she progressed from being a member of the Muhlenburg Mule Womens Basketball team to crafting original content for ESPN's SportsNation, here's more on Alyssa Scaglione:

I always argue sports internships are more important than anything you learn in the classroom and you did four incredibly impressive internships. Let's start with the first internship at WABC-TV Sports in New York City - how did you get this opportunity, and what was it like starting out in the top market in the US?

Scaglione: I was a waitress at a restaurant the summer after my freshman year in college. I was working a private party and met a lovely couple who I took a liking to and we chatted throughout the night when I would come to take their order and check on them and such.

Before they were leaving this man, named Mort Fleischner, asked me what I wanted to be when I grew up. I decided heck with it, I am just going to tell him what my dream job is. I replied “I want to be on TV, I want to do sideline reporting”.

It turns out Mr. Fleischner was a producer at ABC and he told me he would put in a good word for me if I applied to their internship program. So, during the school year I applied, went through a rigorous interview process and later found out I would be one of the WABC sports interns.

You had just completed your sophomore year of college and you have an internship with a top market sports station...AND you are interviewing NFL players - how did you handle your nerves? And how did the players treat you?

Scaglione: Right, the interviews…I have so many locker room stories I could fill a book.

Although I was nervous to be in the locker room, I was so worried about getting the right sound, or making sure that my microphone was close enough to pick up what the athlete was saying that it distracted me from how nervous I was. It did take some time for me to get used to being in the locker room, nerves and confidence wise, but after a few times it just becomes another part of the job.

Depending on the day, players were either nice to you, rude, or sometimes downright mean. Athletes don’t always love the media, especially after a bad game or a tough loss, you have to learn to not take it personally.

I was in my first year after graduating and working at CNN Sports, I interviewed Ken Griffey Jr and almost wet my pants. I can't imagine doing what you did as an intern...

Scaglione: Ha ha, I had a similar experience the first time I saw Derek Jeter in a locker room and had to get sound from him. I pretty much stopped in my tracks, and maybe drooled a little bit. I grew up in New Jersey, Jeter was and still is one of my favorite athletes of all time. I am glad I have matured as a journalist since then.

Scaglione: Just like everything else, interviewing gets easier the more you do it. I would say the biggest thing is to approach your interviews with confidence and also make sure your questions flow and are conversational. Start with an easy question to break the ice and then work towards the more difficult ones.

After graduating you have four impressive sports internships on your resume from top market stations in New York and Washington D.C., you've interviewed top flight professional and college athletes, you've learned the ropes in producing highlights and other functions of TV production... but now you have to get a paying job, what was your approach?

Scaglione: Like I said before, it is all about networking and who you know.

My basketball coach at Muhlenberg put me in touch with someone who wrote for D3hoops.com, who then gave my email address to a friend of his that worked at ESPN. We set up an informational interview just so I could ask some questions about working at ESPN and what he did to get his job there. He looked at my resume and saw all of my internships and was impressed. He forwarded along my information to a Coordinating Producer who was in charge of hiring.

After a few months at a smaller network in the Lehigh Valley, you made a big jump to Los Angeles to work for ESPN - take us through the interview with ESPN, their process is legendary.

Scaglione: Luckily I had a solid resume to get my foot in the door. But you are right, ESPN does have a rigorous interview process.

The day of my phone interview with ESPN I also had to take an on-the-spot sports knowledge test. All of a sudden my interviewer started firing questions at me that covered all sorts of rules, terminology, and history questions from all different sports. It was tough, after I hung up the phone I wasn’t sure how I did or if I would get the job.

These roles are competitive - why do you think you were hired?

Scaglione: I was hired because of the number of internships I did and the experience I gained while being an intern. And I guess I didn’t do so bad on that sports knowledge test after all.

Now that you are a major part of the SportsNation team as a Content Associate - take us through your normal day.

Scaglione: Each day I produce a segment or a block of our hour long show. My favorite is when I get to produce the last segment of our show, Winners and Losers.

I start my day by reading a bunch of different sports blogs and picking out stories that I want to put in my segment. I then pick out the front end graphics for each story, the topic bars and come up with questions to ask that talent so that they can analyze and discuss each story. I then write the scripts the talent will read on air, cut the video that goes along with the script and prep the talent before they start the show.

I get asked daily by people - "My dream job is to work in Sports Broadcasting, what should I do to make it big?" and I have advice that I give them... if someone asked you, what advice would you give them?

Scaglione: My advice would be to do as many internships as you can while you are in school. This industry is all about hands on experience and networking.

By Brian Clapp | January 26, 2015 Sign In or Register to access all articles and insider tips for help in your job search.