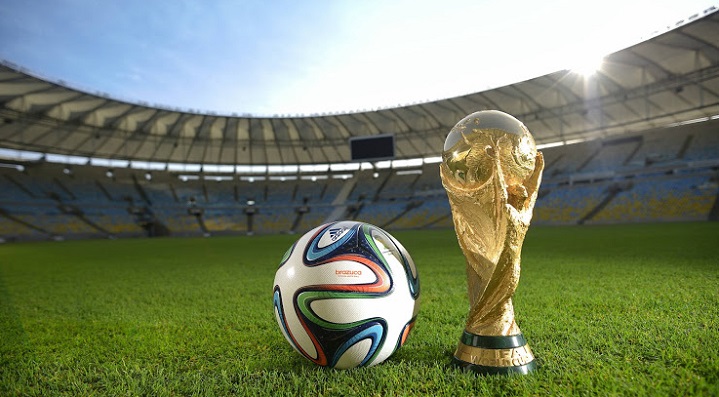 How Technology Changes The Way We Enjoy Sports

This article is a guest contribution from writer Tomás Naranjo-Cluet

In the 2016 publication titled FIFA 2.0: The Vision For The Future , Gianni Infantino, the new president of the Fédération Internationale de Football Association (FIFA), claims the organization will “promote the game of football, protect its integrity, and bring the game to all.”

Mr. Infantino continues reiterating, among other priorities, the need to “facilitate a deepening of the relationship between fans and the game, both on the pitch and in the stadiums, and through the myriad of means by which people engage with the game from afar.”

The document is a clear statement that considers the importance of football as a cultural, economic and political force. It takes into consideration technology and globalization while embracing the importance of transparency and the potentialities of an approach that promotes equality and progress.

FIFA is not (only) football, and football is certainly not (only) FIFA, but institutions of this magnitude have indeed the power to both shape and reflect the status of a cultural phenomenon, such as a sport.

What does stand then behind this attempt to reshape the international governing body as FIFA 2.0?

In 2016, nobody is surprised by the idea that most of the world is connected to the internet, and that an increasing number of people use social media and mobile devices. As a mater of fact, globally there are now 3.42 billion internet users, 2.31 billion social media users, 3.79 billion unique mobile users and a total of 1.97 billion mobile social media users.

These remain incredible numbers considering the total population is around 7.4 billion human beings, especially if you compare it to the fact that 2.4 billion people still cannot count on an adequate level of sanitation and 1.1 billion people do not have access to water.

Once again unsurprisingly, the data also suggest a growth in the number of global active Internet users (+10%), social media users (+10%), unique mobile users (+4%) and mobile social media users (+17%). This said, one aspect that remains unknown to many citizens, especially those living in “the West”, is that Asia and, even more significantly, Africa and the Middle East are growing much faster than Europe and the Americas according to the latest digital statistic indicators.

In other words, the world is becoming more connected in an era where resources are becoming a serious problem and economic uncertainty remains a global threat. And while scholars suggest that “by 2025, two-thirds of the world’s population may face water shortages”, the internet continues its expansion mirrored by a seemingly ever growing set of streaming services.

The Choice Of A Viewer

The Internet is making us more connected to one another but it is also changing how we interact with the media landscape. Accompanied by the decline of print newspapers and magazines, in the last decade television has begun the painful path towards defeat giving up its appeal and throne of king of communication to the web.

This means today people actively choose to use their laptops and smartphones to access and consume media, which in turn have increasingly answered to their customers to satisfy the thirst for unique and readily accessible content.

The latest incarnation of this global phenomenon is represented by the incredible growth of online video and music streaming services, a market set to dominate the media kingdom in the foreseeable future: a billion-dollar opportunity for businesses around the world.

From The Romantic To The Technological

Sports fans are part of this technological revolution, a historical change that has reshaped how people relate to their heroes on the pitch.

First there was the romantic fan. S/he was someone who loved a team or an athlete, a character swaggeringly unafraid of strong emotions, a person equipped with a special dose of empathy and a spirit able to absorb excitement like a sponge.

Then, in the decades after the second World War, years defined by battles for human rights and social movements, sports became a political matter and the political fan was born: a catalyst causing a chemical reaction, a prime agent in the transformation of a sport into an event, s/he was an antenna and an amplifier, an instrument vibrating with the sound of an orchestra of like-minded souls.

Now, in the era of the rise of online streaming giants such as Netflix, Roku and Amazon, and sports streaming platforms such as mycujoo TV , the fan 2.0 has conquered the scene.

S/he is a hyperlink in the cyberspace of passion, an individual walking the thin line between the one and the many, the citizen of a community whose boundless boundaries enfold the human experience. The last chapter of the history of the fan, from the romantic to the technological, brings together all the elements of the previous evolutions, combining the beauty of an interconnected world with the passion and faith of the romantic fan and the need to consider equality and social justice highlighted by the political fans of the 1960s and 1970s.

Bringing it all together, FIFA 2.0 seems a genuine attempt to turn a once corrupted and problematic institution into a point of reference for the growth of a new kind of football defined by the same passion, equality and (hyper)connectivity that have shaped the history of fanhood.

This is why I genuinely wish all the best to Gianni Infantino and his team.

Technology has fundamentally changed how fans interact with their favorite sports. Nowadays, people can interact with players on social media and they are constantly up to date with the latest news and indiscretions regarding clubs and federations. It is increasingly more and more difficult to hide and the growth of online streaming services suggests fans want to be connected to the contents wherever they are. The business is growing, the technology is expanding: this is indeed the place and the time for a FIFA 2.0 and for a fan 2.0.

This said, as underlined by online streaming companies who advocate for democracy and equality, such as mycujoo TV, the hope is that this 2.0 will soon become a 2.1, followed by a 2.2 and soon after by a 2.3.

Only 18% of football is visible through mainstream media, a percentage shaped by the need to broadcast big leagues and big names. The growth in the streaming services represents and unprecedented opportunity to open to door to content that has never been seen before: clubs who never had the power to negotiate their own visibility and players whose talent has been crushed under the weight of the choices made by TV channels and chief executive officers.

The victims of this injustice are the local and global fans, who have been unknowingly robbed of hours of great football, the players and the clubs: football itself has suffered. The new FIFA should indeed consider all this while taking a close look at the latest business and technological developments. Can technology become the ultimate democratic platform in football and other sports? Can FIFA 2.0 embrace all this? All the elements are present, now it is only a matter of courage.

By Brian Clapp | October 28, 2016 Sign In or Register to access all articles and insider tips for help in your job search.