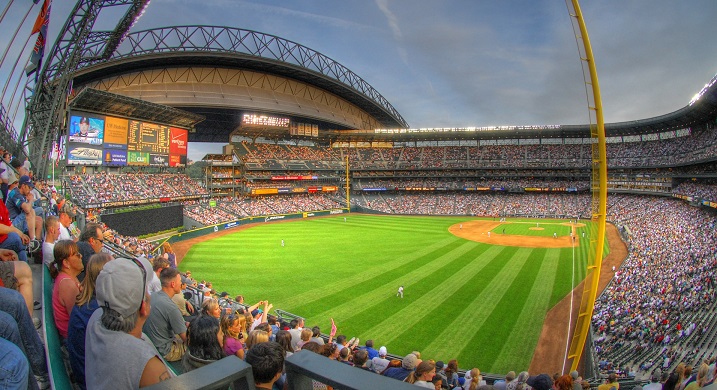 It's the most common of questions, but the most difficult to answer: "I want to be a MLB General Manager - what should I do?!"

Having received this question countless times and always failing to have an adequate answer, I set out to dig deeper into the background of the current allotment of baseball General Managers.

Where did they go to school? What did they major in? What were their first jobs after graduating? How did their careers progress?

The majority of recent General Manager hires are Ivy League educated, Economics and Business majors without much, if any, true playing experience. This is in direct contrast to the longer tenured General Managers, who have a more direct baseball playing history and then came up in the scouting ranks before achieving their current position.

Overall, the game has shifted to a data-driven decision making model and who better to lead this trend than a gaggle of young, highly-educated, baseball junkies.

Then again the old guard still has some tricks up their sleeve. Brian Sabean of the 3-time World Series champion San Francisco Giants has quipped, "We can’t overestimate the value of computers. Yes, they are great for playing games and forwarding funny emails, but real business is done on paper."

Even in a new age, there is still old school magic.

Many of my initial hypothesis were proven false. I assumed many General Managers likely began their careers in the minors and worked their way up. False.

I assumed many General Managers had advanced degrees. Also false.

The study is illuminating, and if you want to become a General Manager, essential reading. Here are ten of the games most interesting General Managers and how they got to where they are:

College: Anthopolous graduated from McMaster University with a degree in Economics.

First Job after Graduation: After his father died, Anthopolous returned home to Montreal and began running the family heating and ventilation business. After two years he had enough. The 23-year old Anthopolous began sending out letters to every MLB team looking for any kind of break. Eventually the Montreal Expos offered him an unpaid job working in the mail room sorting fan mail.

Perspective: "The biggest thing I did with the fan mail thing [his unpaid job with the Expos] -- and I can't stress this enough -- is the importance of humility in anything you do. I walked in, I had a tie, I had a shirt, I dressed right, I sat in the corner, I shut my mouth and my goal was I was going to be the best fan mail guy these guys have ever had or seen.

"The minute you think things should be delivered to you or entitled to you, you're not going to get very far in life." - Alex Anthopolous

College: Cherington graduated with an English degree from Amherst College where he was a pitcher on the baseball team before injuring his shoulder. He later received his Masters in Sports Management from the University of Massachusetts, while pursuing his Masters he interned with the Cleveland Indians in their scouting department under then Director of Player Personnel, Neil Huntington.

First Job after Graduation: After Cherington’s internship with the Indians, fellow Amherst graduate Dan Duquette, then General Manager of the Boston Red Sox, brought Cherington to the team as an Area Scout.

College: Catholic University of America. Cashman was a four-year starter at second base and graduated with a degree in History. Cashman interned with the Yankees in the summer of 1987, his father John managed a Standardbred horse farm in Kentucky and had a colleague who was friendly with George Steinbrenner.

First Job after Graduation: As a summer intern, Cashman helped out with the minor league scouting department, since internships didn't provide much in financial security, the 5’7” Cashman worked stadium security at night.

Irony: “I get it, I have the perfect name for the Yankees GM: Cash Man. There is nothing that is going to change that perception” - Brian Cashman

College: Daniels graduated from Cornell University with a degree in Applied Economics and Management. Daniels did not play baseball in College.

First Job after Graduation: Daniels didn't start out in baseball, he began working in Business Development for Allied Domecq, an operator of wine, spirits and quick service restaurant businesses. He hated it so much he took an unpaid internship with the Colorado Rockies after 2-years.

Notable Achievement: At the time of his hiring, Daniels was 28 years and 41 days old, making him the youngest GM in baseball history.

Can't Make Everyone Happy: “Daniels is a sleazeball,” Ian Kinsler after being left a voicemail from Daniels informing him he had been traded to the Detroit Tigers.

First Job after Graduation: Preller thrust himself immediately into a baseball career, interning with the Philadelphia Phillies.

Notable Achievement: On December 19, 2014 Preller set a Major League record for making a total of 30 transactions in a 24 hour period. The headline transaction was the acquisition of Dodgers outfielder Matt Kemp.

Flattery: "I think one of A.J. greatest strengths is his ability to challenge people," said Rangers director of professional scouting Josh Boyd. "You know that you have to be on top of your game working for him. You have to get that next piece of information and be prepared. It's a thirst of knowledge with him.

College: Sabean originally attended the University of Maine where he played baseball and football, but transferred to Eckerd College in St. Petersburg, Florida where he focused solely on baseball.

First Job after Graduation: Sabean began his professional sports career as an Assistant Baseball Coach at the University of Tampa, he eventually become the head coach and led UT to the NCAA tournament.


Notable Achievement: Outside of his multiple World Series championship with the Giants, as Yankees Scouting Director he was responsible for acquiring Derek Jeter, Mariano Rivera, J. T. Snow, Jorge Posada and Andy Pettitte either by draft or by amateur signing.

Management 101: "Brian delegates, he’s not territorial, and he’s tremendous at letting people do their jobs. He doesn’t micromanage anybody." – former Assistant GM under Sabean, Ned Colletti

College: Lunhow holds double Bachelor’s degrees from the University of Pennsylvania in economics and engineering. Lunhow also received his MBA from the Kellogg School of Management at Northwestern University.

First Job after Graduation: After graduating Lunhow worked as an engineer, management consultant and technology entrepreneur, including a time as general manager/VP of marketing for Petstore.com. Lunhow didn’t break into baseball until 2003 when he joined the Cardinals front office.


Notable Achievement: Lunhow had no previous baseball experience prior to being hired by Cardinals owner William DeWitt Jr. with the hopes of making the organization more analytical and data-driven. Initially his hiring wasn’t popular, being nicknamed “the accountant” and “Harry Potter”, but he helped turn the Cardinals farm system into a dominant force winning five minor league championships under his purview and developing multiple major league talents.

Optimism: “The Astros, in my opinion, are going to have a winning record this year [2015], I’ll go on record as saying that. I believe this is a winning team, and I think this is the beginning of many years of winning teams.” – Jeff Lunhow

It would be the first winning record for the Astros since 2008.

College: Dombrowski briefly attended Cornell where he played football, but later transferred to Western Michigan University where he graduated with a degree in business administration.

First Job after Graduation: Dombrowski is a baseball lifer, starting out as an administrative assistant with the Chicago White Sox minor league organization in 1978.

Notable Achievement: As the inaugural General Manager of the Florida Marlins, Dombrowski delivered a World Series title in only their fifth season of major league baseball.

Soothsayer: When Dombrowski told his eighth grade teacher as part of a student survey that he wanted to be a big league General Manager, she told him, “I can’t put that down.  Nobody wants to do that.”

College: Hahn completed his undergrad at the University of Michigan before obtaining advanced degrees at both Harvard Law School, and Northwestern's Kellogg Graduate School of Management.

First Job After Graduation: Prior to entering the world of baseball, Hahn spent two years as an associate at Steinberg, Moorad & Dunn sports agency, representing more than 150 athletes from Major League Baseball, the National Football League and the National Basketball Association.

In midsummer 2011, Hahn ranked first in SI .com's survey of the top general manager candidates in baseball. Similarly, in March 2010, Baseball America ranked Hahn No. 1 on its list of "Top GM Prospects" in Major League Baseball.

Putting Your Ego Aside: "Look, if we win a World Series when I'm sitting in this GM's chair, and someone else in the organization gets all the credit for any work that I did, I don't care. I'll enjoy that parade just as much as the next guy. Credit is irrelevant to me and always has been.” – Rick Hahn

College: Jocketty graduated from the University of Minnesota with a degree in business administration

First Job in Baseball: Hired by the Oakland A’s as Director of Minor League Operations and Scouting, and was instrumental in overhauling the A's minor league system.

Notable Achievement: While with Oakland, Jocketty played a key role in establishing the Arizona Rookie League and the Dominican Summer League

There was a time when the best way to become a General Manager in the Major Leagues was to play as long as you could and then take all the knowledge gathered from years on the road, travelling from minor league stadium to major league hotel and eventually become a scout. Time and organizational skill would then dictate how far your career would go.

Things have changed - sort of. For every Harvard educated General Manager like Jeff Bridich of the Colorado Rockies and Matthew Silverman of the Tampa Bay Rays, there are still veteran ball players like Dave Stewart [Diamondbacks] and Jerry Dipoto [Angels] escalating to the role of General Manager.

If you don't have the skill to make it in the majors, the next best thing will be the skills in the classroom - look out Ivy League - here comes the future of baseball!

By Brian Clapp | March 30, 2015 Sign In or Register to access all articles and insider tips for help in your job search.