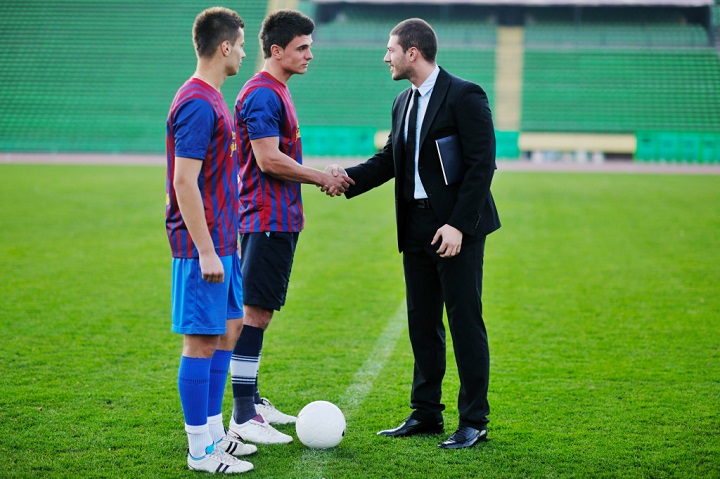 How to Build a Career as a Successful Sports Journalist

Whether you're a college senior graduating in a couple of months, or a seasoned executive looking for a change in scenery in order to avoid a midlife crisis, job hunting is never easy.

You need to be diligent, motivated and patient as you wait for all the celestial beings to line up accordingly to land you the perfect job.

In this day and age, more and more new members of the world's workforce are paying more attention to what they want, or more specifically, what makes them happy. Sport has always been one of mankind's greatest pastimes and it's no doubt that a job in the sporting world is something that many people out there are seeking.

I was one such individual who wanted to combine my passion with my work through a career in the English football industry. I felt I was a decent writer so I thought I'd take a look around for some writing jobs in the world of football.

Getting your first break is always tough, but in my case, I felt I had a mountain to climb. This was due mainly to geography - I was located in India while the industry I was wanting to be a part of was in the United Kingdom.

Before I could get down to it though, I realized that I would not really have much of a problem finding a job that required me to write about English football even though I was located in India. This is simply because of the phenomenal reach and popularity of the Barclays Premier League. There are scores of big name websites all over the world that cover the Premier League and most of them are always looking for new writers to add new content.

My first two opportunities as a sports writer were for two Indian websites. One was a startup while the other was an established site, called Anfield Family covering Liverpool FC.

Both of these were unpaid internships and while I did not make any money out of them, I gained some valuable experience and also some much needed exposure. My writing skills improved, I got used to working under the pressure of deadlines and I also got to know about how it feels to be working as part of a team.

After my four months with these two sites, I was no longer an inexperienced wannabe, I was a published writer who had almost 60 articles on the internet published under his name.

Internships are great places to begin and I'd suggest that newbies have a look around for internships before they start looking for jobs. Companies offer internships more readily than they offer jobs simply because internships are temporary affairs where the employee gains experience and the company auditions a prospective full-time employee.

After my internships were done, I started hunting for paid opportunities and because I was already a published writer who had experience writing for two websites, I did not need to wait too long.

My first paid job was also my first job for a foreign website. I started out writing one opinion column a week for a blog about Liverpool FC, my favorite football club.

From there, I slowly started receiving more opportunities thanks to my compelling and often controversial columns. Currently I write weekly or bi-weekly opinion blogs for seven websites alongside a daily writing job at an esteemed football news site.

The road goes ever on, as Tolkien taught us, and you should never stop trying to improve yourself.

While many of my friends and any aspiring sports writers who I meet every now and then drop their jaws when they hear about what I did in just two years, I remain as humble and hungry as ever. This is exactly why I was so apprehensive when I heard that I was being invited to write this piece about how to make it as a full time sports writer after starting from scratch.

I do not let any of accomplishments get to my head and I know that I still have a long way to go.

Personally, I know that it's about time I made the step up from online media to print media. That step of my career will be very hard to make though, as it is harder to get a break in the print news world than it is in the online world.

The difficulty of getting a break in print media is a challenge, but it is one that I am relishing. I know that I'll have to carry on down the path I'm currently treading as I build up as big an online portfolio as I can. As far as chances are concerned, I'll simply have to keep my eyes open and pounce on one as it comes my way.

The thing about chances is, you need to be ready to take them. So even if you feel that there is no chance for you to act on right now, start preparing yourself for it from now on so that when it does come along, you can take it without hesitation.

I'll keep on writing as much as I can and build up my portfolio so that I can impress any potential employers when I actually do apply to a vacancy.

If you're currently looking for your first break, then I'd suggest that you regularly write football news pieces, columns or match reports or all of these. You'll be getting some great practice and you'll have a fantastic set of samples to show your interviewer when you finally apply for your first internship.

A job as a sports writer can be a very satisfying career option if you have a general interest in sport.

Not only will you be dealing with what interests you, you may just end up earning yourself a position where your opinions about the game are not only heard by your mates at the pub but by an entire nation. That prospect is really very appealing and the road to it is a rather simple one to follow and I'll be hoping that any budding sports writers reading this piece of mine have found some useful information on their journey to being a writer themselves.

By Brian Clapp | November 18, 2015 Sign In or Register to access all articles and insider tips for help in your job search.