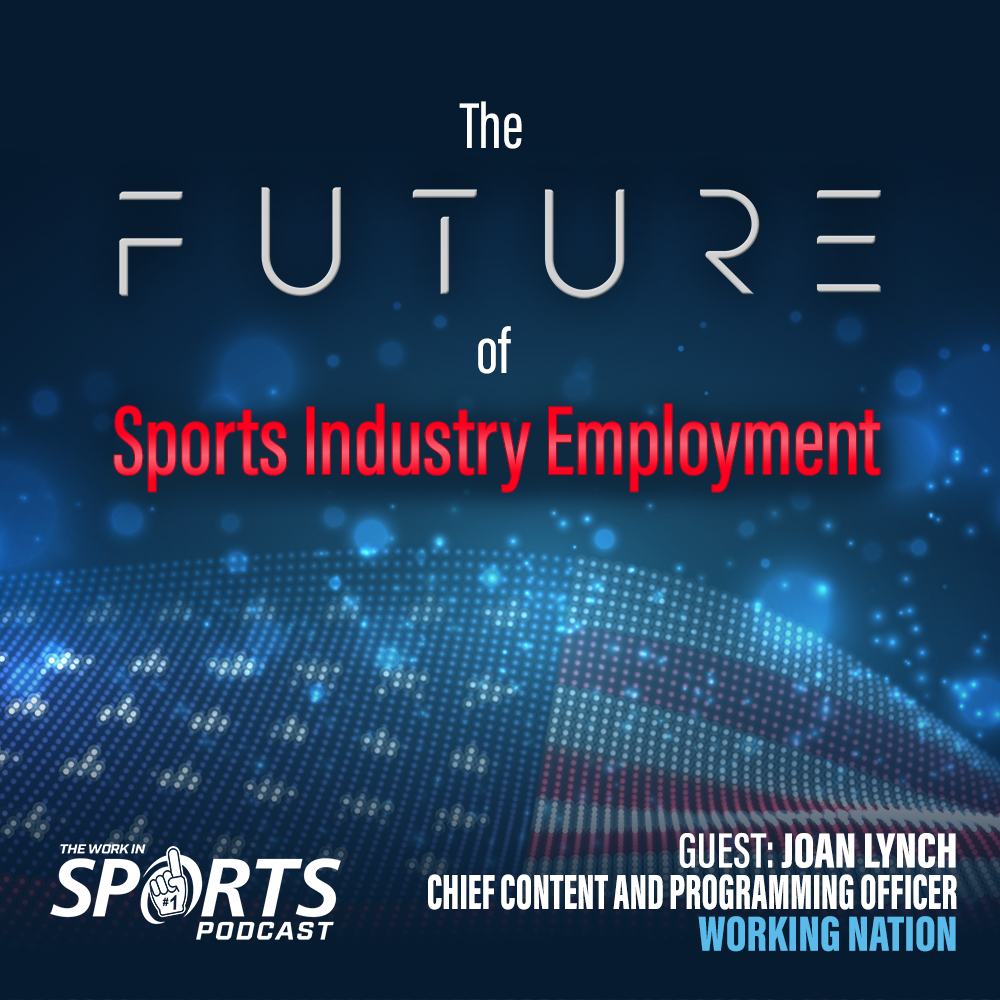 Hey everybody, I’m Brian Clapp VP of Content and Engaged learning at WorkInSports.com and this is the Work In Sports podcast…

Something struck me the other day as I was writing the outline for one of our episodes. When I was in college, I wouldn’t have been my target market.

Flashback to 1995, I’m a college junior at the University of Delaware, I’m a solid B+ student, involved in some clubs, done some interviews… knew that I loved sports. But I would not have listened to this podcast if it had existed, which it didn’t, because we barely had cell phones and email then.

I wouldn’t have listened because I was always all about the sports events, the sports talk, the sports debate, the highlights, the dunks the grand slams… blah blah blah. I thought the sports business shows on Saturday mornings on ESPN were just the most boring thing in the world.

I thought I had it made no matter what. We weren’t being hammered over the head with how hard it was to get a job, or how competitive it was… I was just having a good time cruising through life.

Bottom line - I would have sucked in today’s work environment.

Times have changed, and while I still feel like a 20-year-old kid, I know what worked when I actually was 20, wouldn’t work now.

Our world is changing exponentially.

Allow me to riff for a second -- I went to Europe about 10 years ago. We visited Charlemagne’s castle in Germany, which they began construction on in 792. Beautiful structure.

Then we went to Edinburgh - and of course, visited Edinburgh Castle...and bought a kilt. Well, that castle was built in 1130 nearly 350 years later.

You know what is remarkable -- the castles weren’t all that different. Sure there were different styles, but really they were both remarkable stone-built structures that stood the test of time. Over 350 years technology in construction hadn’t changed all that much.

Now just think of the last 10 years of your life. Think about how many drastically different inventions have come about. Think about how different global existence is today. We’re not talking hundreds of years, we’re talking exponential change over a decade.\

I’m not here to tell you that is good or bad, I’m just telling you it is happening, sop we all have to be on top of what is next and what is coming. You have to be flexible and adaptable…and you have to listen. Some people have a knack for knowing what’s on the horizon, like today’s guest Joan Lynch, Chief Content and Programming Officer at WorkIng Nation...and prior to her becoming a top dog at WorkingNation, she was a VP of Content Development at ESPN...so you know I’m going to ask some questions about that too…

1: Before we get into the future of employment in the sports industry, which is a massive conversation, lets dig into you a bit – ABC News, Yahoo, ESPN – all on the content side of the news and sports industry – what led you to content and why was that your personal career fit?

2: You spent 7 years total at ESPN – first 2 and a half you’re an Executive Producer creating and developing many of the networks non-scripted programming – poker, reality, game shows. As EP You’re overseeing the entire process, both the creative side and the business - things like budgets and staffing – what were some of the biggest challenges in this role?

3: How would you describe your approach to managing staff and did your leadership style change at all as you progressed from ABC to ESPN?

4: After being an EP you jumped up to VP of Content Development -  as one of, if not the highest-ranking women in the sports media, what was your frame of mind at this time?  Was this a daunting challenge, or something you felt extremely ready to take on?

5: During your time as VP, your team was involved in the creation of a multitude of successful projects --30 for 30, E:60, SportsNation and more – take us through the creative process a bit, you’re likely being hit with hundreds of ideas from various people – how do you determine what will work and is worth the effort of creating?

6: I could likely ask another 100 questions on your time at ESPN alone – but I want to transition to Working Nation – you are the chief content and programming officer for Working Nation – can you tell us a little more about the objective of Working Nation, and then your role within it?

7: Let’s get specific into the sports industry as an employment source – we all hear day after day about unemployment numbers being low, which sounds great… but many people are working multiple jobs, or struggling to get hired once they graduate – so I ask you, is unemployment data lacking context? Are people working “good” jobs that satisfy them in their lives?

8: I get the question all the time – I love sports, I want to work in sports, what should I do? No one can answer this question for someone else, but I wonder, is there data, or at least understanding of research, into what majors, or focuses, or career paths – lead to a greater chance at career satisfaction?

9: Automation is a scary word in the world of employment – the machines taking over our jobs! As a journalist and media member, I never used to fear this concept… but then in recent years, you’ve heard more about robot journalism and news automation – is automation a problem for everyone, everywhere? And is there a way to insulate yourself from this prospect in the sports industry?

10: What about education? I hear from both sides of the equation all the time – people in hiring roles tell me they get tons of resumes for each job opening, but have a harder time finding qualified staff than ever before, and then the students tell me they feel less prepared to enter the workforce and make a difference.

12: Outside of specific job-related skills – what do you see as the most important trait or soft skill, someone can have to be successful in the work environment of the future?

13: We’ll finish up with this -- If you were going back and starting your career again, knowing what you know now – what would you study and how would you focus your education?

By Brian Clapp | November 13, 2019 Sign In or Register to access all articles and insider tips for help in your job search.