You’ve nailed your resume. Mastered the techniques of job searching. Studied and prepared for the most likely interview questions.

And now you wait.

And when that call comes, don’t cheer. Stay calm. Pretend you’ve been there before and you are mature enough to answer – yes, I do have time - with poise.

Once you hang up, celebrate. But only for a moment, because you haven’t won anything yet and now the true preparation begins.

Job Interview Tip #1 – Get Ready to Prove it

Ask yourself before every sports job interview - What can I do to make this organization better?

When Jeremy Ross, a senior at the University of Michigan, was interviewing for a social media internship with the New York Mets he had to demonstrate he could deliver.

Sports is a results oriented business, not just on the scoreboard but in the ratings, the revenue and the merchandising. Employers want to know that you can turn your talent into results.

“During my interview, the one question that came as a surprise to me was when my interviewer asked about the pre-spring training media luncheon I went to,” says the University of Washington graduate. “She wanted to know what I would do differently if I was in charge of the event.

The Lesson: Understand your skills, know what you bring to the table and put yourself in the shoes of the interviewer. If you were interviewing someone for this job, what would you want to make sure they knew how to do? Think like a hiring manager and you’ll find the whole process will get easier.

In my career I’ve always been a big fan of the interview process. As a self-described control freak, being able to steer the conversation through questioning is really an enjoyable endeavor.

I wanted to mix things up a bit and see if I could break people out of their engrained cliché answers, so I developed a trick and it worked like a charm.

After a round of questioning I would offer a break to go tour the newsroom - I’d explain the workflow, point out the producers, the assignment editors, the reporters and anchors  - and then out of nowhere I’d have someone come up and tell me that I was needed immediately for an “important decision”.

Feigning alarm, I’d tell my interview subject to hang out in the newsroom, I’ll be back shortly and we’ll continue.

As you probably guessed by now, there was no imminent decision, instead there was an opportunity to observe this person in a working newsroom and see how they would react.

Before you ask, there is no right or wrong answer; it was just another data point I was collecting about each candidate’s personality, when they didn’t think I was watching.

The lesson: When you are in the building for a sports job interview you are “on” the whole time - always put forth your best and be present in the moment.

Usually this only happens for entry level job interviews, because chances are if you’ve worked somewhere else in the sports industry that’s proof enough you know something about sports (or at least enough to fake it).

I’ve either taken, given, or seen sports quizzes administered by all the major sports networks, and have heard of them conducted by professional teams, marketing groups, publicists and more. You have to know what you are talking about.

The first question on my sports quiz for CNN/Sports Illustrated was “who were the two most recent NFL expansion teams?” It couldn’t get any easier, at the time (1996) it was Jacksonville and Carolina. After that question my nerves settled and I thought – ‘I’ve got this in the bag.’

The lesson: You don’t have to get everything right to get hired so don’t panic, don’t over-think it… and don’t choke. The sports quiz, like my earlier trick, is just another data point in the process. Generally speaking, the concept behind the sports quiz is to conduct it early in the interview process to weed out potential bad hires, not necessarily to qualify good hires.

Confidence works. When I hire, I want someone who believes in themselves, can articulate their skills and will fit in culturally. If you are prepared and follow these job interview tips, you can be the most confident version of yourself during the  interview, and that person is likely to get hired.

By Brian Clapp | August 14, 2017 Sign In or Register to access all articles and insider tips for help in your job search. 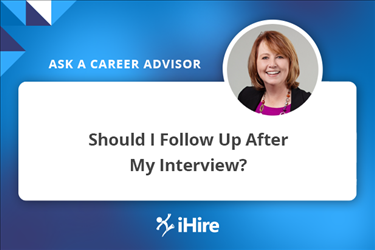 Ask a Career Advisor: Should I Follow Up After My Interview? 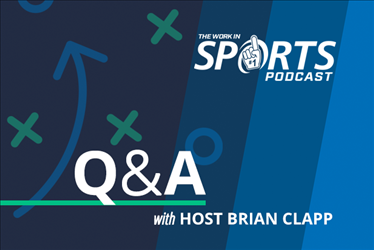 WIS Podcast: Job Interviewing is a Skill, Here's How to Improve It