When is the right time to start applying for sports jobs? Good question - let's handle it on this Work in Sports Podcast episode.

Hi, everybody, I’m Brian Clapp Director of Content for WorkinSports.com and this is the Work in Sports podcast…

I’d be crazy not to talk tournament this morning. The Monday after Selection Sunday is a very special day in the sports world and should be a national holiday.

In the spirit of such a joyous occasion, well that is unless you go to NC State or Clemson and are feeling a little left out, sorry about that, we have two really cool promos going on.

The first one you have to earn.

We’ve created a Bracket Challenge on ESPN – the group name is WorkinSports #JobMadness  there are no spaces in WorkinSports, so it’s WorkInSports #JobMadness – I will link to the group in the show notes for this episode, I’ll post it in our private Facebook group and on Twitter…if you still can’t find it…the internet is pretty tricky after all…you can hit me up on LinkedIn. 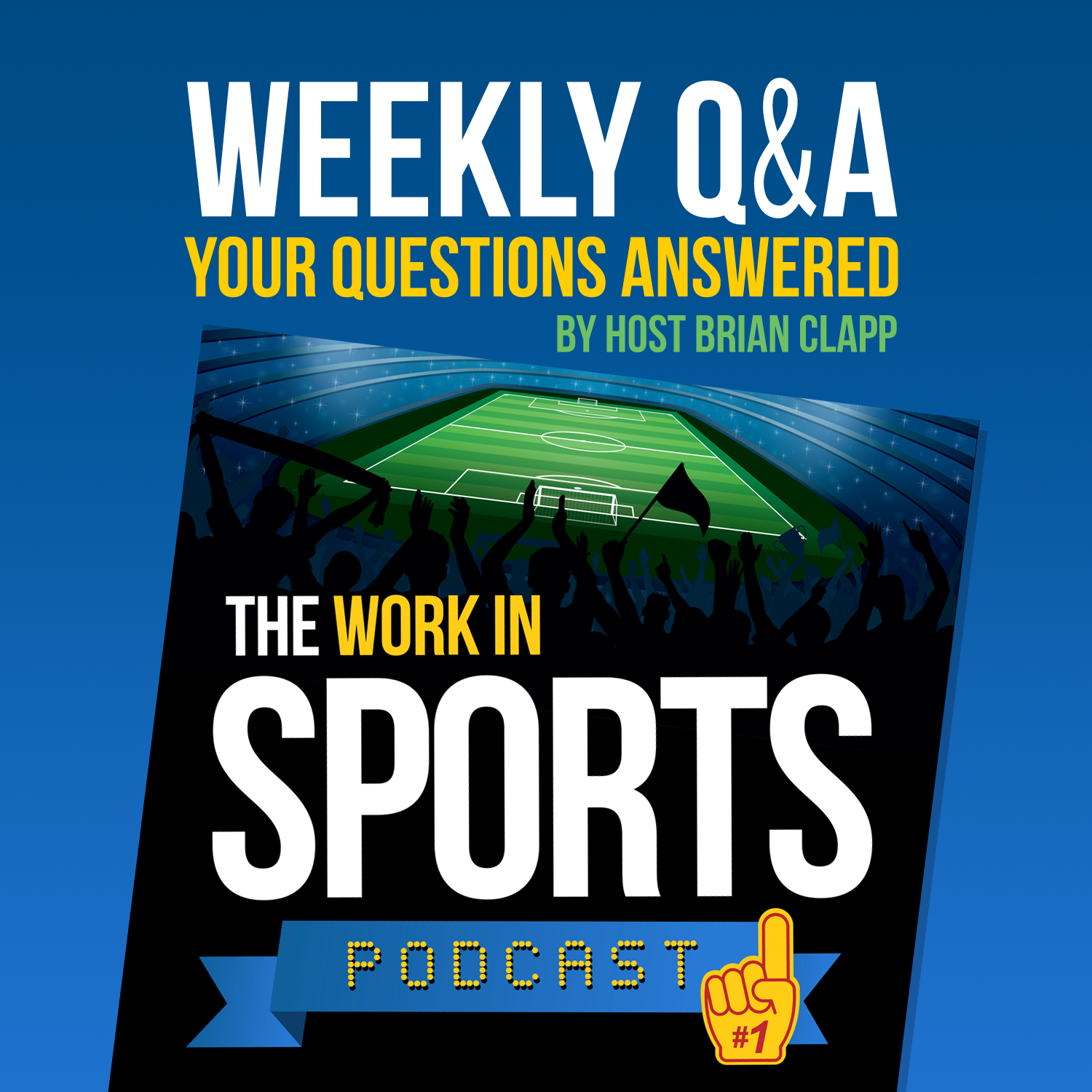 Here’s the deal, I’m going to create a bracket this morning. Zion. And at the end of the tournament. Zion. If you beat my bracket. Zion.  You’ll get a free month at WorkinSports.com. Zion.

What does that mean for you? – it means full access to 10,264 active sports jobs from thousands and thousands of different sports employers and the ability to apply with ease. Upload your resume and we’ll match you to jobs your skill profile fits. Pretty magical right?

Now about beating me in the bracket challenge.

Last year… oh my, I think it was worse.

So you don’t have much to fear. The last time I won a bracket was in 1993 during my freshman year of college. Seriously. I remember it well, I had picked Jason Kidd’s California Golden Bears to upset Grant Hill’s Duke Blue Devils in the 2nd round… and had picked UNC to ultimately defeat Michigan in the Championship.

That year I was a baller. This also shows how old I am, since both Jason Kidd and Grant Hill are now well into retirement.

This also began my theory that ball dominant guards control the NCAA tournament and top big men can be controlled easier than a top-notch guard. Which has led me to bank on Chris Paul’s Wake Forest Deamon Deacons, Lonzo Balls UCLA Bruins, Penny Hardaway’s Memphis Tigers, Damon Stoudamire’s Arizona Wildcats…hell even Steve Nash’s Santa Clara Broncos I had pegged for upsets…which actually worked out pretty well if you go back through the history books.

My point is, my brackets always skew this direction… and it almost always fails me. I’m learning from this that I am hella stubborn. I think it’s time to give up on this theory of ball dominant guards and head to the wing. Hello Zion! Then again…it; also means I probably have overvalued Murray State and their stud in the backcourt  Ja Morant.

Alright, enough about the bracket --- if you don’t want to wait for the tournament or risk your chances at beating me one on one… We also have a more straightforward approach – get 2 weeks of access to WorkinSports.com for just $5.

Alright so let’s continue with the theme.

Today’s question comes in from Adriana in New Jersey – I saw this and immediately thought Sopranos…Adriana from New Jersey? I’m guessing there are many Adriana’s in New Jersey about 15-20 years old right now.

Anyway – the question from Adriana:

Brian, Love the podcast I listen to every episode and take notes, your insight into the industry is a gold mine for me and has given me such confidence and guidance!  (Thank you Adriana!)

Since we’re in college basketball mode, I wanted to ask about jobs in college sports. I rowed crew while in college and would love to continue working on college athletics. I believe there is nothing quite like it, so many of the athletes play for the love of the game knowing there is no money in it for them. We build strong relationships, learn leadership and time management skills and know what it’s like to compete and never give up.

My question…after that long preamble … is on timing. I’m in my senior year and will be graduating in a few months, when is the right time to start applying for jobs?

Adriana – this is a great question and I have a lot to say.

My simple answer to you is to start about 5-6 months before your graduation, so if you are graduating at the end of the spring semester, January/February is a great time to start. Why so early?

Well, the process takes time on both sides. It takes a while for employers to find their right match for a job, and it takes time for you to be the right match. Most people over think this process, telling themselves… what if someone wants to hire me but I’m not really ready to start yet… well, that’s a good problem to have and you can figure that out.

“I’m currently finishing my degree and will complete my studies in May 2019, I am qualified and interested in your open position and hope my current status won’t be an obstacle for consideration.”

If you let them know clearly your status and don’t hide anything in the process, you are fine! The choice is theirs!

Now for the record, the last thing you want is to spring it on them during an interview – that is in poor taste and could make them mad. But if you present yourself in a transparent nature, with a professional resume and cover letter, and they like what they see they will choose either to push you to the next round… or not. They aren’t going to punish you!

So let's run this through even further – You’ve been transparent, applied for a job you are really qualified for and they think to themselves – not right now…but maybe later.

Every employer, hiring manager, and human resources manager has a file of “resumes to consider” … you could find yourself in that file.

I say this because if you start blazing a trail in January applying to everything with the word marketing in it… you could start to look like you are being unintentional…and employers hate that.

They don’t want you to apply for every job they post… because then you don’t look interested in THAT job… you just want A job. See the difference?

Really target the jobs you are a great match for early on… then as you get closer to graduation, branch out and reach a little wider.

Now, let’s have a little fun. We have this really cool infographic we are publishing later today regarding March Madness – or as we like to call it #JobMadness which fits in this conversation perfectly.

Let’s talk about the rhythm of hiring. One subject I get asked about a lot is “are there certain hiring seasons in sports?”

Well, for college athletics, which fits Adriana’s passion, we have jobs posted throughout the year…BUT there are three months in particular that are most active.

Those are by far the most popular hiring months for college sports…and it makes sense, getting staff in order for the coming school year. Keep that in mind as you think about opportunities.

Ok, let’s move down the graphic…

Over 1,500 people will work at US Bank Stadium for each game day – that’s a lot of temporary staffing!

Security, concessions, ushers – you name it. That doesn’t even include all the reporters and camera operators!

In addition to the 1500 worker bees, another 2,000 volunteers – I say it all the time, the annual events are the best volunteer opportunities!

Another – what about apparel companies:

What no Puma? What about Pony? Fila? No Reebok pumps?

How about Big Baller Brand …oh dear, talk about irrelevance.

Minneapolis city leaders expect the tournament to bring in 135 million to the local economy – Sports is awesome.

Good luck with your brackets everyone – I’ll post the entire infographic as part of the show notes for this episode,

Remember to join our bracket challenge and check out the 2-week promo for just $5!

Coming up Wednesday one of my dream guests – Bryan Srabian VP of Digital Media and Brand Development for the San Francisco Giants… when you talk about social media and fan engagement, Bryan is the OG… he’s on the Mount Rushmore of this industry. You are going to love this conversation…

Tune in Wednesday for that!

Now…it’s time to get back to work!

By Brian Clapp | March 18, 2019 Sign In or Register to access all articles and insider tips for help in your job search. 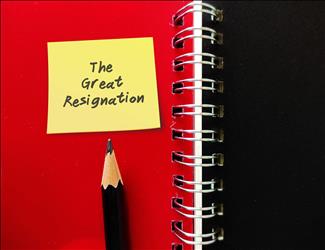