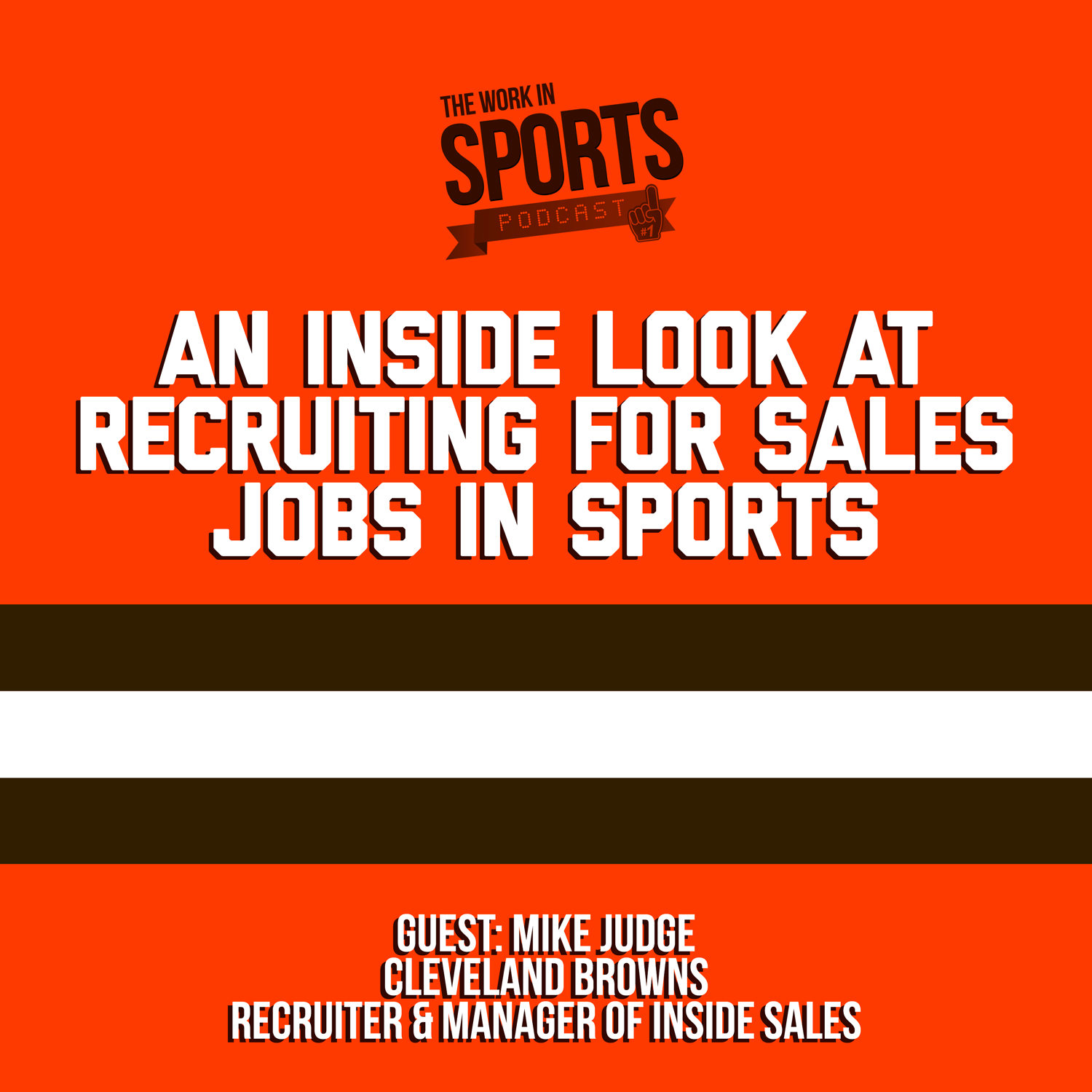 This episode is a rebroadcast from March 28, 2018 - one of our fan-favorite episodes.

Hi everybody, I’m Brian Clapp VP of content and engaged learning at WorkInSports.com and this is the Work In Sports podcast…

For 20 years the Cleveland Browns have been a miserable franchise. Sorry, that is harsh, but I think you’ll find it difficult to argue with me.

Throughout the last 19 seasons, the Cleveland Browns have amassed 88 wins. Total. That is an average of 4.6 per season. 29 quarterbacks have come and gone.

What is remarkable is how stalwart the fans are, through it all. Hue Jackson won one game over two years as head coach of the Browns but the fans still came. They still cheered. They still believed and hoped.

Sure some of that goes to the overall power of the NFL and rules of scarcity -- there are only so many games on the calendar, it’s not like baseball or other sports with a plethora of opportunity to attend.

But most of it goes to a really really good fan base.

But now, even despite a rocky start to the 2019 season -- the Browns are the team everyone wants to talk about.

Baker Mayfield, Odell Beckham, Myles Garrett -- they have stars to market, potential to reap and hope to sell.

But that doesn’t mean the job of today’s guest, Mike Judge Manager of Ticket Sales for the Cleveland Browns any easier. There is still much work to do to sell the experience of game day to a fan base that may still have some doubts.

Listen in to the episode to hear from Mike Judge, Cleveland Browns Manager of Ticket Sales!

By Brian Clapp | October 02, 2019 Sign In or Register to access all articles and insider tips for help in your job search.