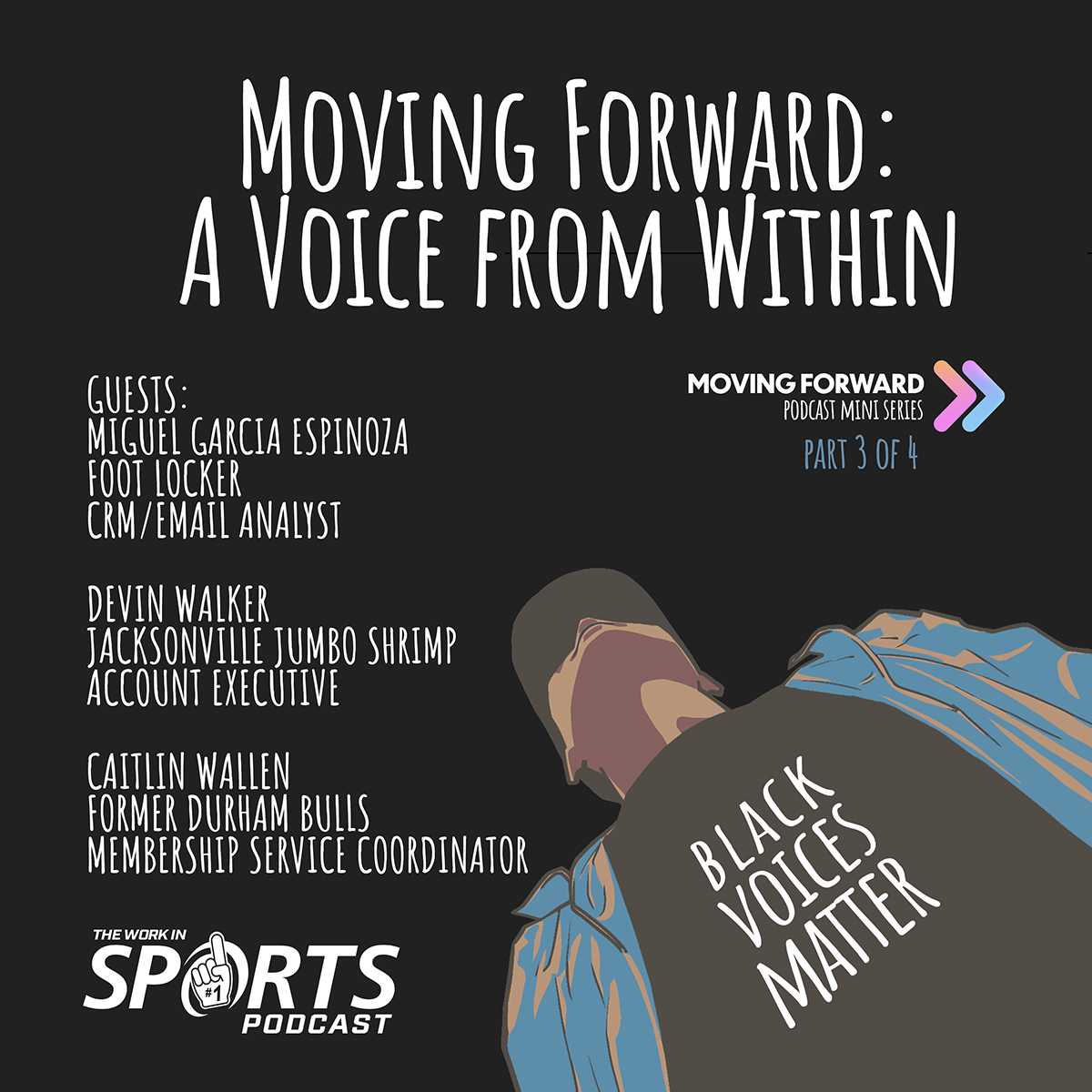 Moving Forward Part 3: A Voice from Inside the Sports Industry - Work In Sports podcast

The Work in Sports podcast: Moving Forward is brought to you by EMPOWRD

Social justice in sports, the idea of communicating anger and frustration based on racial inequity, took a few decades off.

Russell believes you should stand up for your beliefs, no matter what the cost - and he has always lived that way. Fans were violent toward him, the FBI surveilled him, fellow pro’s criticized him -- but he persevered.

He spoke his truth without fear of reciprocity because his goal was to do more than win basketball games, he wanted to change the world.

This was the 60’s - the energy and fervor to fight oppression and inequality slowed down in the 70’s, 80’s and 90’s and early 2000. 40 years of silence from our sports stars, the leaders and most powerful voices for change, unfortunately shut up and dribbled.

Michael Jordan, Lawrence Taylor, Charles Barkley, Barry Bonds -- they were all outspoken, but rarely is ever about social change and inequality.

The voice from within became silent. Glitz, glam and excess became the voice.

Love him, hate him, respect him, admonish him - it was Colin Kaepernick who woke up the sports world and brought the athletes back down to the people.

Others followed suit with power and passion  -- but it became clear, it was no longer a shut up and dribble world.

That voice, the one that comes from the inside, has so much power.

In 2017, Bill Russell posted a photograph of himself on Twitter,  in which he was taking a knee in solidarity with NFL players. Wearing his Presidential Medal of Freedom, and the image was captioned with "Proud to take a knee, and to stand tall against social injustice."

In an interview with ESPN, Russell said he wanted the NFL players to know they weren't alone.

This conversation, part three of our moving forward series, isn’t about the merits of taking a knee, it’s about using your voice from the inside to affect positive change.

Everyone here listening doesn’t have the benefit of a platform like Kyrie Irving or Bill Russell, but change can come from listening, and using the platform you do have inside our industry.

To help me through this conversation, join me in welcoming Devin Walker, Miguel Garcia Espinoza and Caitlin Wallen…

Thanks to Caitlin, Miguel and Devin for joining me in this important conversation about change and using your voice.

I’ll finish up by quoting historian Howard Zinn, author of A People’s History of the United States

“We don’t have to engage in grand heroic actions to participate in the process of change. Small acts, when multiplied by millions of people, can change the world.”

By Brian Clapp | October 21, 2020 Sign In or Register to access all articles and insider tips for help in your job search.