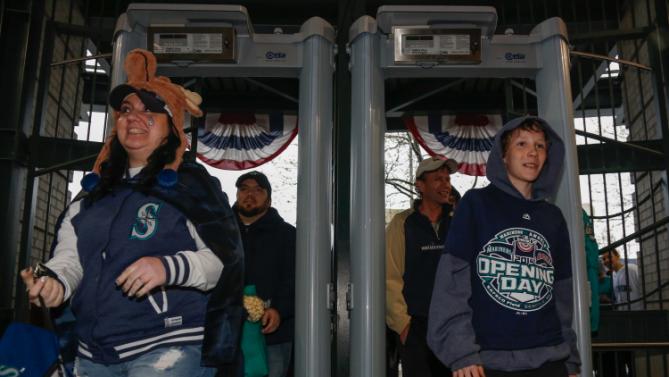 Security Metal Detectors: At a Sports Arena Near You

This article is a guest contribution from Daniel Bernzweig of MetalDetector.com

There’s a certain camaraderie when fans are corralling into a live sporting event. Spectators eagerly anticipate an all-star performance amidst the roar of the crowd and the aroma of stadium hot dogs. And while most game-goers are used to minor inconveniences such as heavy traffic and parking fees, there is now another ‘obstacle’ to get through before gaining admission into many stadiums.

That is security screening via a metal detector.

Metal detectors are now mandatory for all MLB, NFL, NHL and NBA events. The technology includes walk-through magnetometers and/or security wand metal detectors; these standardized security practices are among the recommendations from the Department of Homeland Security.

It’s not surprising that large entertainment venues which seat thousands of people would heighten safety protocols. We’ve seen far too many mass shootings and random acts of violence in recent years. 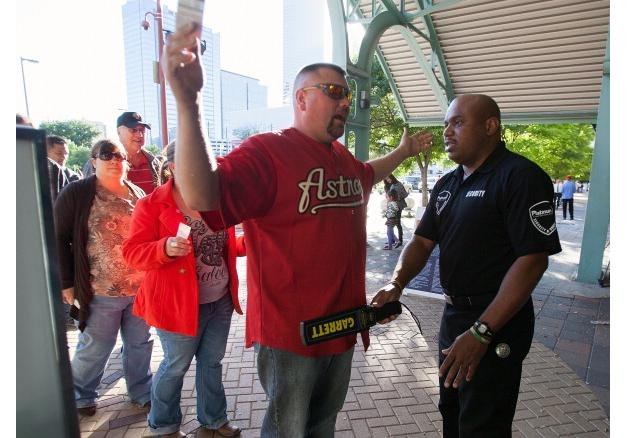 Who would think that a leisure activity such as watching a movie, taking the family to a ballgame or shopping at the mall could turn into mass casualty? Anybody in the U.S. with a television or access to the news now knows that we cannot turn a blind eye. The lesson of taking extra precautions to prevent random acts of violence was, unfortunately [and collectively] learned after each of the following: the Boston Marathon bombing, Pennsylvania high school stabbing spree; and gun rampages at Sandy Hook Elementary, Aurora, Colorado, Virginia Tech, various airports, fast food restaurants and malls.

These are horrific examples of the senseless and disgusting loss of lives by just a few weapon-toting perpetrators.

Among the tried and true methods of deterring weapons in high-traffic areas is employing the use of metal detectors. Sure, there are costs associated with it. But the public needs to be aware when someone in their midst is in possession of a weapon.

The majority of states uphold right-to-carry laws—and that allows everyday citizens to carry weapons on college campuses, in public buildings and elsewhere. But right-to-carry laws preclude gun owners from bringing firearms into venues with more than 1,000 people or into airports.

Therefore, even in states that issue enhanced concealed weapon permits, there is an increasing need for security screening in public buildings and arenas.

Boise State University is a prime example: Idaho passed a law in February 2014 that allows students with gun permits to bring their weapons on campus and in classrooms. Proponents say that an armed bystander would be more likely to expeditiously stop a gun rampage than officials who are minutes away.

Nonetheless, when spectators pile into Boise State University’s football stadium, they have the right to be protected from weapons that may be in their midst. That’s why Boise State recently invested in 50 portable walk-through metal detectors and 75 detector wands. A spokesperson for the campus said their purpose is to keep the fans safe and the game day atmosphere a good one.

Are Statistics the Driving Force Behind these Tactics?

While the exact reason is unknown, studies show that mass shootings in the U.S. have markedly increased in the past decade. Perhaps when the media reports a gun rampage, fear escalates and more guns are sold.

Harvard researchers studied a database of mass shootings in the U.S. and determined that random and premeditated gun rampages have tripled since 2011. The database defined mass shootings as incidents that “took place in public, in which the shooter and the victims generally were unrelated and unknown to each other, and in which the shooter murdered four or more people.”

Further unsettling statistics: shooter incidents have risen dramatically in the last six years, with an average of 16.4 shootings a year from 2007 to 2013, compared with an average of 6.4 shootings annually from 2000 to 2006. Some reader comments suggest that the study’s results could be skewed, but the tragic recent events we are all privy to really did happen.

Whether you view security metal detectors at a public forum as a hindrance or a welcome addition, preventing a potential disaster would certainly be worth it!

Walk-through metal detectors are typically seen at airports and courthouses. They scan individuals for any type of metal—including weapons and other items. These devices provide reliable metal detection from head-to-toe. Some walk-through detectors are portable; options include single zone or multi-zone capabilities. Either of these styles is suitable for a high-traffic setting.

Security wand metal detectors are the hand-held detectors typically seen among security and law enforcement officers. They are most commonly used for body searches for weapons. This paddle-shaped unit is convenient—which is why it is often the choice for protecting schools, courtrooms, nightclubs, sporting events, concerts, etc.

About the author: Daniel Bernzweig manages MetalDetector.com in Southborough, MA. He has written extensively on the subject of metal detecting since the mid-1980’s. He has traveled worldwide in his pursuit of educating, exploring and advising others in the proper use of metal detectors. Outside of the business, he enjoys mentoring students, being involved in the community and spending time with his family.

By Brian Clapp | May 26, 2016 Sign In or Register to access all articles and insider tips for help in your job search.