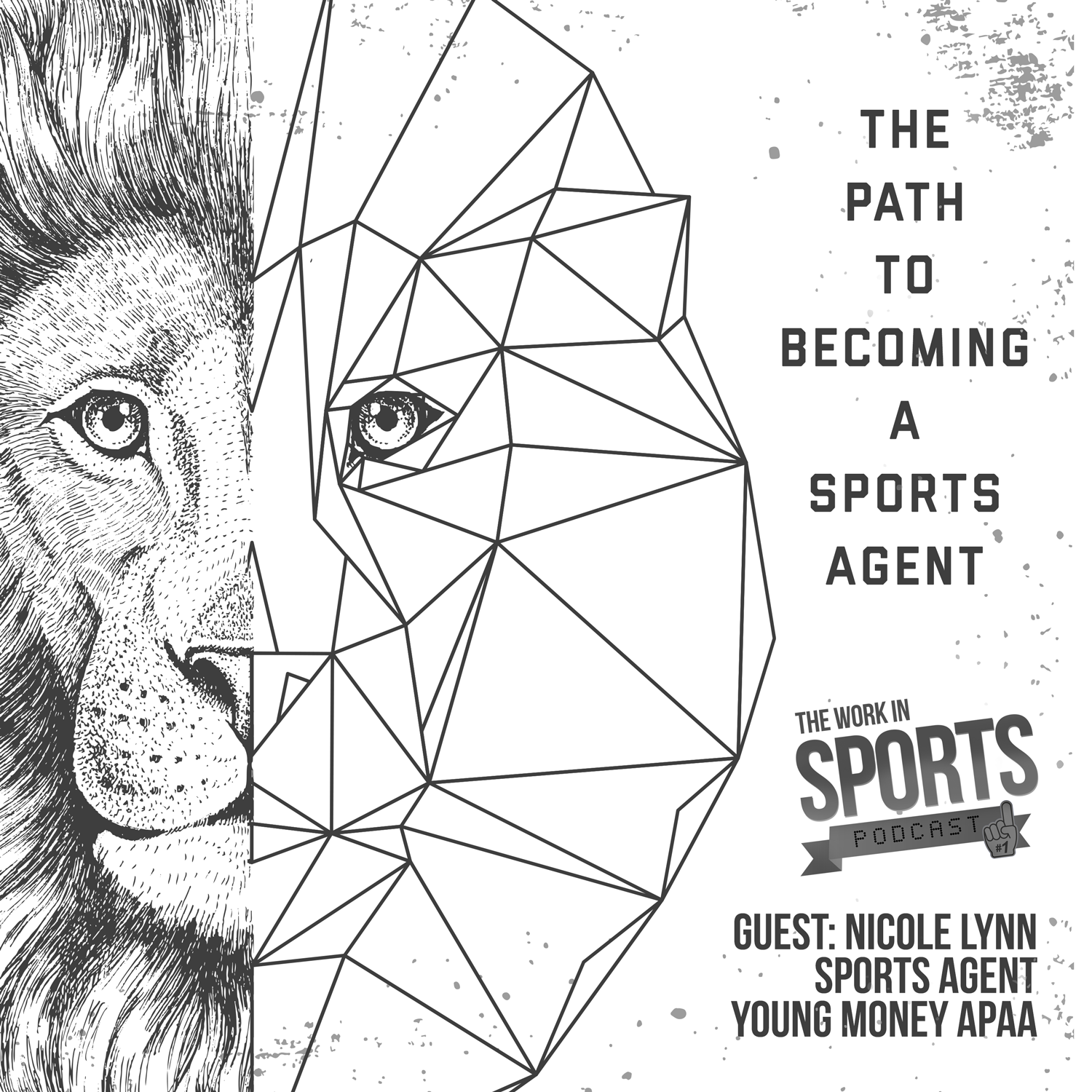 Hey everybody, I’m Brian Clapp Vice President of Content and Engaged Learning at WorkinSports.com and this is the Work in Sports podcast…

I was cruising on twitter a few weeks ago and saw an update on the ongoing contract negotiations between the New York Jets and 1stround draft pick Quinnen Williams. Something from Schefter I’m sure, remarking how the holdup was due to offset language in the contract or some other technical detail.

And in response to this little factual nugget...a responder says “The reason he hasn’t signed yet is because his agent is a woman”

Another piles on, "A qualified man would have had this done by now"

A third “she’s probably too busy doing her nails”

There should be a special place in hell for twitter trolls.

I don’t know why but I took personal offense to all of this chatter. I felt enraged, questioning society, wondering what the hell are we doing here in this world thinking this behavior is OK.

Quinnen Williams agent is Nicole Lynn, the first and only black female sports agent to represent a first-round draft pick, one of our favorites around this office, and an immensely talented agent.

But again, the twitter champs don’t pay attention to facts, they rush to pass judgment on others far smarter and more talented than they are.

The pick before Quinnen Williams in the NFL draft was Joey Bosa. Joey Bosa is represented by Agent Brian Ayrault of CAA ..who is ….hold on for it… a man!

Guess who wasn’t signed to a contract yet? Joey Bosa.

So was he doing his nails?  Shouldn't a qualified man have had Joey Bosa’s contract negotiated by now? Is the reason he hadn’t signed yet because his agent was a man?

I find social media tough guys to be some of the lowest, spineless scum there is.

And I beg you all, I know you are smart enough not to listen to trolls, but I beg you all to take comfort in FACTS. Strive for truth, look through the bs and find the real.

Now, this is my favorite part of the story. While I act like an offended old man stomping my feet and wanting to take on the social media trolls. Nicole Lynn - she just keeps being the best version of her.

She dances with her clients. She connects with them. She uses social media to ask questions - like “What should I wear to the NFL draft?” And that is a huge part of why her clients love her.

I laughed last week when I saw she posted this tweet:

Your agent that you haven’t texted back.

(no one worse with the phone than my guy OBO).

She has a unique ability to connect with her players in a relationship but also brings the heat with her intellect. She graduated from the University of Oklahoma in 2011 with a degree in Business Administration, Business Management. She then graduated with honors from the Oklahoma College of Law in 2015 and has worked on Wall Street and as a litigation attorney for Norton Rose Fulbright in Houston.

She’s legit. And anyone who questions her ability because of her gender is a fool.

By Brian Clapp | July 31, 2019 Sign In or Register to access all articles and insider tips for help in your job search.