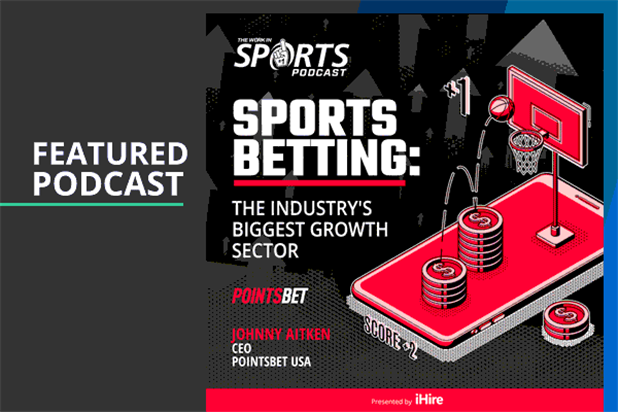 To set up our latest episode of the WorkInSports Podcast, it is helpful to take a look back over a decade to understand how radically things can change. (We’ll assume that since you found your way to this article through the podcast, you know we’re talking about sports betting.) Here are a couple of quotes from some former league commissioners, sharing their views on the topic at the time:

“Players would not be viewed by fans as exceptionally skilled and talented competitors but as mere assets to be exploited for fast money.”

Both quotes came in opposition to proposed federal laws legalizing gambling on sports. Baseball has a particularly sordid history with gambling stemming from the Chicago Black Sox scandal of 1917, when key members of the Black Sox were caught throwing the World Series and were subsequently banned from the sport for life.

The increasing popularity of fantasy sports over the years began eroding the opposition to sports betting as the NFL found that fantasy players watched 2-3 more hours of football than fans merely rooting for their favorite team. Emerging from that were sites like FanDuel (whose co-founder Nigel Eccles we spoke with) that offered daily fantasy games with payouts to their players. This moved those goal posts closer and closer to straight up gambling.

In 2018, the Supreme Court opened the door for sports gambling. Sports betting websites, mainly coming out of Nevada, which had a monopoly on the industry, were already common. But now, there are 29 states with legal sports betting and several other states have legislation on the table to greenlight sports gambling.

Americans have wagered more than $65 billion on sports in the three years since the Supreme Court’s ruling in Murphy vs. NCAA. The additional demand for sports betting websites brings us to our guest, PointsBet CEO Johnny Aitken. On this episode, Johnny and WorkInSports VP of Content and Engaged Learning Brian Clapp covered a wide range of topics on sports betting, including:

1.    How Johnny’s career path led him to become PointBet’s CEO.
2.    What Johnny sees happening in the sports betting market in the next 5-10 years.
3.    How Australia-based PointsBet boasts a globally distributed workforce.
4.    Which traits Johnny looks for in new hires at PointsBet.

Catch the full episode, and be sure to subscribe to the WorkInSports Podcast wherever you listen to get more insight on the career paths available in the sports industry. You can also catch full video of our podcast on our YouTube channel.

Sports Career Advice to Thrive in 2022