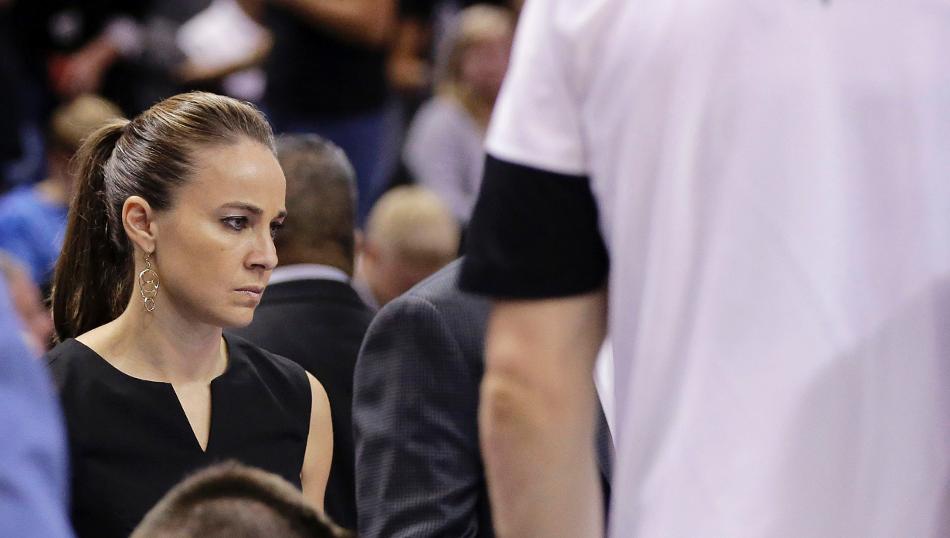 The Need for Women in Sports Goes Beyond Title IX

This article is a guest submission from Zachary Evans, freelance writer covering issues of diverse representation in arenas such as film, TV and sports.

It’s no secret that there is a massive gender imbalance in the world of sports.

Turn on ESPN any night of the week, and it is clear very quickly how disproportionate coverage is of men’s sport versus women’s. This inequality does not stop there, however. It also heavily affects all types of careers in sports.

Whether it is agents, school administrators, coaches, or journalists, women are highly underrepresented in the sports industry. Over forty years have passed since the introduction of Title IX started bringing gender equality to participation levels in collegiate athletics, so how equal have things really become?

To get a real look at gender inequality within sports business, it is important to look at where things currently stand across a variety of sports careers. By doing this, it becomes clear that while female participation in sports has increased dramatically since the introduction of Title IX in 1972, and female interest in sports is continuing to grow, administrative roles in sports are still overwhelmingly male-dominated.

Ohio University’s Athletic Administration program has compiled statistics that show that while the gap is narrowing, the disparity is still massive.

According to their findings, women represent:

The picture isn’t much better in sports journalism either. As of 2014:

For a long time, there has been an entirely inaccurate and sexist view that women simply aren’t as interested in sports as men. This thinking is simply a descendent of more extreme forms of sexism, such as thinking that women could not physically handle playing the same sports as men. While this way of thinking may seem archaic, things really aren’t that far removed from it being standard and accepted.

According to the same Ohio University findings, women are not only interested in sports, but actually represent a substantial portion of the fan base for America’s three largest sports.

These numbers show that the low level of women in these careers cannot be tied directly to women having less interest in sports than men. If this were the case, then it should be expected that these numbers would correlate and have similar percentages. This is obviously not the case, though. They don’t even match up with the level of female interest in these careers.

As of 2011, between 30% and 40% of undergraduate students in sport management programs are female.

Why then, is participation in sports careers not following the same percentage as interest in sports?

If slightly more than half of the American population is female, and fan bases are nearly split as well, then why is the percentage of women in sports careers substantially lower? What can and needs to be done to fix this trend?

To get an answer to this, it’s important to not look at sports inside of a bubble. Instead, other sectors and industries need to be looked at as well. By doing this, it becomes clear that this inequality within sports is actually a symptom of much larger societal gender issues. As a whole, women make less money than men in the United States.

Some of this problem is made up by women not being given the same opportunities to hold high-paying positions, and some from women being paid less than men for the same job. Within sports, both of these issues contribute to the problem, and therefore, need to be addressed in order to change the status quo.

This is why women’s participation level in sports business does not follow interest level as it should.

There is less opportunity, and when there is opportunity, there is a lack of equality in reward for the work. This is where the biggest chance to turn this disparity around lies.

In the last few years, there have been major breakthroughs in women coaching male professional sports.

In 2014, Becky Hammon became the first full time female assistant coach in the NBA when she was hired by the San Antonio Spurs. She then went on the be the head coach of the Spurs’ NBA Summer League team, and lead them to the Summer League title in 2015.

The same summer, Nancy Lieberman was hired by the Sacramento Kings, making her the second female full time assistant coach in the NBA. She had previously been the head coach of the Texas Legends, a Dallas Mavericks’ NBA D-League affiliate from  2009-2011, where she was the first female head coach of a men’s professional basketball team.

There are also more women than ever getting executive jobs in professional sports, such as Kim Ng, who is Major League Baseball’s Senior Vice-President of Baseball Operations. However, by celebrating the accomplishments of these women, it only further highlights how much ground still needs to be gained. Ng speaks openly about jobs she has lost out on to men, despite her unquestionable qualifications, and nobody would make note of a man receiving these same coaching or executive positions, even for a women’s professional team.

The sports world, and the world in general, needs to reach a place where jobs are going to the most qualified candidate, regardless of that person’s gender.

This change is needed for a few reasons.

Firstly, at their best, sports are a reflection of the best parts of our culture. They provide opportunities for extraordinarily talented individuals to use their abilities to overcome tremendous odds to better their livelihoods. If this opportunity is not provided equally to those who are truly qualified for it, then sports is failing at this key aspect of what makes them culturally important.

Secondly, sports need this change because it has been shown that having women in important roles within business is incredibly beneficial to their industries.

The sports industry is constantly evolving, and as things change, fresh ideas and points of view become increasingly valuable. By giving women the voice that they deserve within sports careers is not only important because of equality, but for innovation as well.

By Brian Clapp | January 25, 2016 Sign In or Register to access all articles and insider tips for help in your job search.