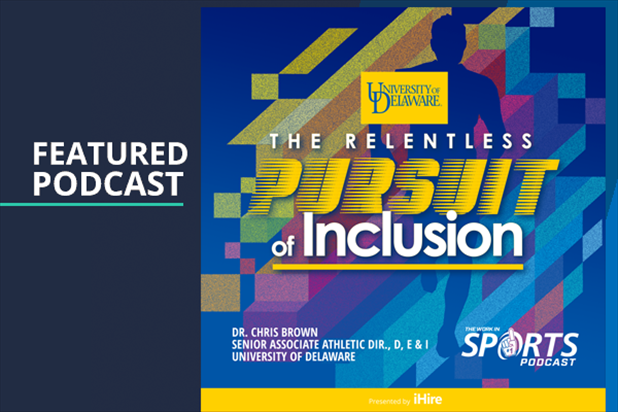 "Human progress is neither automatic nor inevitable … Every step toward the goal of justice requires sacrifice, suffering, and struggle; the tireless exertions and passionate concern of dedicated individuals."

As we celebrate Black History Month and the struggles that Black citizens experienced to get a seat at the table in American society, it is important to remember that this struggle continues today. In 2019, the median white household accumulated 7.8 times as much wealth as the median Black ones, and that hasn’t changed since the COVID-19 pandemic hit the globe. The pandemic has also taken twice as many years off Black and Hispanic life expectancies as their white counterparts.

Those inequities are present in the sports industry as well. Take the news of former Miami Dolphins head coach Brian Flores. The day after the NFL regular season ends, we see headlines of head coach firings. Six of the league's 32 franchises pulled the plug on their coaches at the 2021 regular season's conclusion. Brian Flores, one of the league's two Black head coaches at the time, was among the coach firings despite guiding the Dolphins to their first consecutive winning seasons in nearly two decades.

Minority Struggles in the Sports Industry

Flores' firing shocked the NFL media, though they assumed he would have no trouble finding another head coaching position in short order. That assumption was incorrect. New England Patriots' head coach Bill Belichick accidentally revealed to Flores that the New York Giants were hiring someone else three days before he was interviewing for their opening. So he moved to sue the NFL for racial discrimination, spotlighting the effectiveness of the league's Rooney Rule.

The NFL wrote the Rooney Rule in 2003 to ensure access to head coaching positions for minority candidates. At the time of its institution, there were only seven minority head coaches in the NFL's 80+ year history. Since then, a cursory glance at the state of minority hiring shows progress with 27 minority head coaching hires (out of a total of 127). However, that comes out to 21.3% of hires going to minority candidates in a league where 70% of its players are Black.

One of the fastest-growing areas for college athletics jobs is Diversity, Equity, and Inclusion. As a result, athletic departments throughout the country have begun devoting resources to creating an environment that fosters diversity, equity, and inclusion of underrepresented voices. On this episode of the WorkInSports Podcast, VP of Content and Engaged Learning Brian Clapp chats with someone building an inclusive space at his alma mater, the University of Delaware. Dr. Chris Brown is UD's Senior Associate Athletic Director of Diversity, Equity, and Inclusion.

After receiving his bachelor's degree at Colorado State and master's degree at Austin Peay, Dr. Brown spent a year as an Institutional Services Assistant with the Ohio Valley Conference. Afterward, he spent a year and a half as Southeast Missouri's Assistant Director of Compliance. His career eventually moved on to the NCAA office in Indianapolis as their Assistant (and finally Associate) Director of Academic and Membership Affairs. After five years with the NCAA, he made his way back to the campus level to pursue his Ph.D. at the University of Kansas, where he eventually became the university's Lecture and Chief Diversity Officer.

In addition to providing Brian with an update on how his alma mater is doing, Dr. Brown discusses:

•    The effectiveness of the NFL's Rooney Rule
•    The mission of Diversity, Equity, and Inclusion programs
•    The sports industry's current level of inclusion

Catch the full episode for Dr. Brown's full synopsis of diversity, equity, and inclusion measures in the sports industry. Also, be sure to subscribe to the WorkInSports Podcast wherever you listen, look for additional content on our YouTube channel, and check out our new TikTok account!