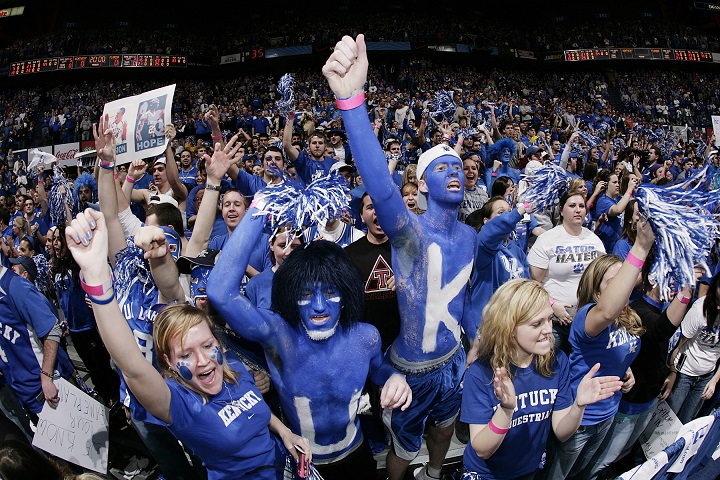 Trends to Watch Out For In Sports Marketing

In the world of sports marketing, a fan is like a god. You have to keep finding ways to please them, engage them, and seek their love.

As a sports marketer, you have to remain on your toes to tap into the latest industry trends and make the most out of them.
Here are some of the latest trends to take notice of while designing your next sports marketing campaign:

Earlier sponsorship was limited to attaching the brand name to the jersey, sports equipment or the stadium. However, with technology taking a center stage, the rules of sponsorship has also changed a bit. Social media, which now has the biggest share of a fan’s attention, is an integral part of sponsorship programs. Fans are quite vocal about their preferences on social media, often liking or following a brand that is associated with their favorite team or player.

30% of the fans who connect with a sponsor through social media later end up making a purchase. However, a sports marketer has to remain extra careful to keep the connection genuine.

Rise of the Female Sports Fan

No trend has been as dominant as the slow and steady rise of female fan power.  We are witnessing a slew of sports marketing campaigns that theme around women fan following and recognize female sportsperson the same way they did men.  Advertisers are now increasing their focus on female fans of sports which are predominantly male. The same movement can be expected in female sports as well.

We are witnessing a slew of sports marketing campaigns that theme around women fan following and recognize female sportsperson the same way they did men.  Advertisers are now increasing their focus on female fans of sports which are predominantly male. The same movement can be expected in female sports as well.

For instance, there is a sizeable male population that watches tennis and roots for Serena Williams, Maria Sharapova and many others who have successfully managed to stay in the limelight for the right reasons. These players are already successful endorsers and have been successfully leveraged by brands to promote products.

The best example of a female-centric ad campaign is Under Armour with Misty Copeland. Ever since its debut on Youtube, the ad has garnered over 10 million views and unsurprisingly Under Armour’s women’s business has also grown 60 percent YoY to $600 million.

This illustrates that there are many possibilities to be explored in this area.

Social Media is the New Standard

Digital media has led to a revolution of sorts in the world of sports marketing. Over a short period of time, there has been a major paradigm shift all due to the popularity of social media amongst sports lovers. There are plenty of facts that support the case of social media as a marketing platform in the current age. 83% of fans check social media while enjoying their favorite game on TV while 63% use social media when they are at the stadium watching the action live.

Front row is simply not good enough for people anymore!  One of the reasons can be cited to the ability of social media to enable direct connection between fans and the athletes. Players nowadays frequent Google+ Hangouts or Facebook Live Q/A, giving their fans a first-hand peek into their lives.

Smart brands are already finding ways to engage their audience. Some of the best viral campaigns of the last one year that have ruled the roost when it comes to social media sports advertising include Star Sports’ #MaukepeChauka, Canadian Football League’s #IsItJuneYet, and Sport England’s #ThisGirlCan .

Another manifestation of rising dependence on technology is the increasing use of mobile.

Every brand person, advertiser and sports marketer is now seeking ways to capitalize the immense potential that mobile technology holds to improve the fan experience irrespective of their location. With around 70% of spectators using mobile in stadiums, there is a lot that one can do to attract more fans to a particular sporting event, for instance building a free high-speed arena Wi-Fi system. Using mobile apps for check-ins, finding seats, checking the schedule, booking tickets is now becoming a commonplace. Organizers of sporting events and marketers can leverage this fact to their advantage.

“Sports is a people business, so we’re looking for ways to use technology to further engage with people,” said John Abbamondi, vice president of the NBA’s Team Marketing & Business Operations division.

One thing is for sure, people looking to carve a career out of marketing and that too in sports must be tech savvy and diligent enough to keep a constant tab on the changing pulse of the industry, lest they want to be forgotten and ignored by the fans.

Saurabh has written this article keeping in mind the needs of the job seekers community, to help them be a better professional.  His write-ups extensively cover all the aspects of job searching and working life in India, right from subscribing to new jobs in India, to getting ready for an interview, and working at an office. If you want to read more of his articles, follow him on, LinkedIn and Twitter

By Brian Clapp | September 01, 2016 Sign In or Register to access all articles and insider tips for help in your job search.