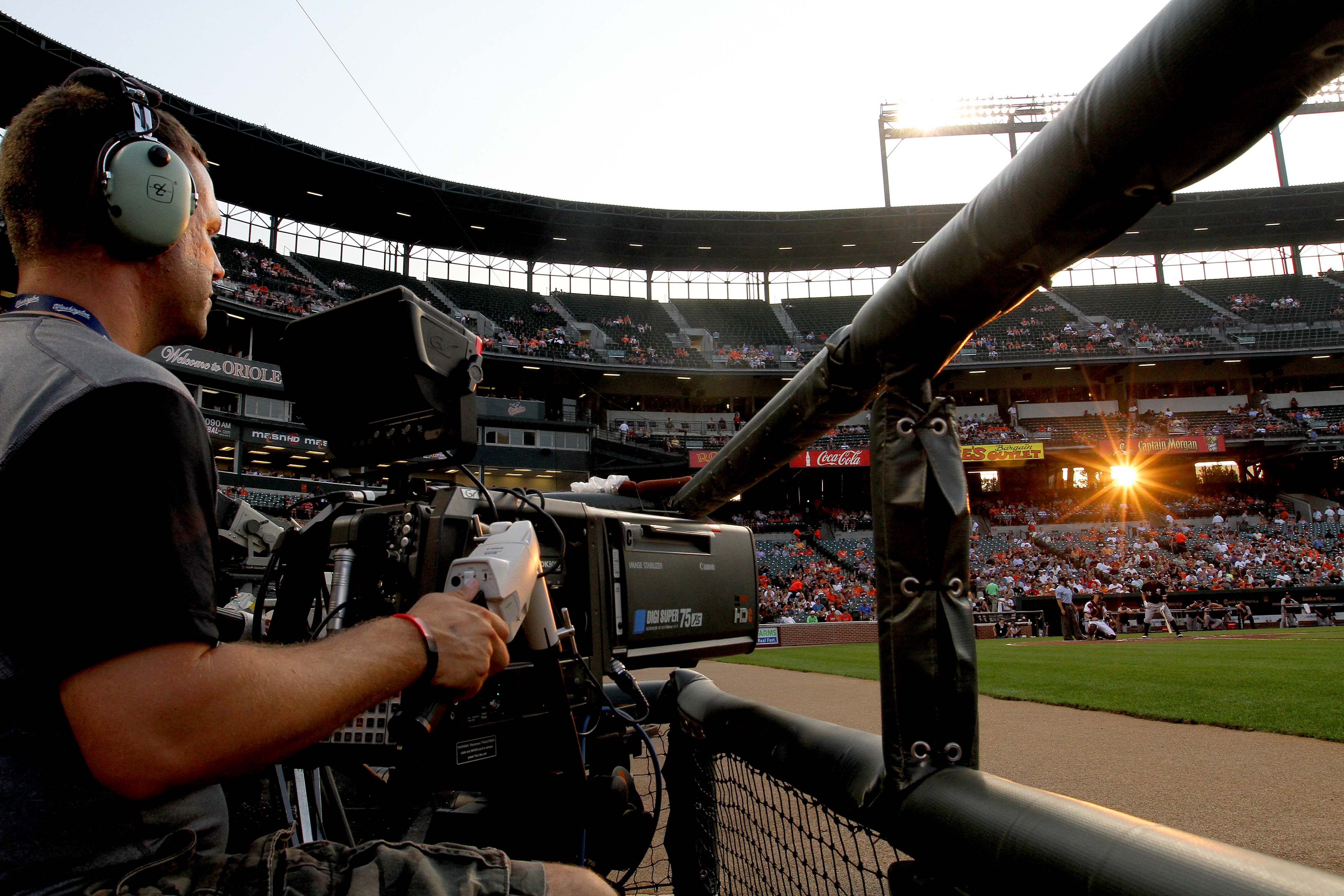 What It's Really Like Working as a Sports Camera Operator

For as much as we debate the importance of developing tangible skills in order to gain entry into the sports industry, there are other just as valuable traits, namely, versatility and a willingness to do whatever is needed.

Opportunities don’t always follow the path you envision, sometimes they come out of nowhere and you have to be willing, able and confident enough to take on the challenge.

For Andrew Kiger, Video Production Associate for the Atlanta Braves and Hawks, it all comes down to one simple fact: “Say yes to everything.”

“I can't stress this enough. Every opportunity that is offered to you, say yes. Even if it isn't what you ultimately want to do it may lead you to another opportunity.

“I am a perfect example of this. Knowing how to edit got me paid hours after my internship. Shortly after that a camera operator moved away and the station I worked for asked if anyone wanted to learn to shoot. I said yes, even though I'd never thought about being a camera operator. I ended up doing well, and got more hours. This led to field producing, and eventually experience line producing.”

After getting a foot in the door, advancing in your sports career often comes down to how much your superiors believe in your ability and your attitude.

“Being versatile brings job security, because you become an asset when you can do more than one thing,” concludes Kiger. “I have gotten more work because people know they can count on me. It's all about how badly you want this career.”

For more on what it is like to work with a professional team here’s more with Andre Kiger:

You currently work in the video production department of the Atlanta Hawks and Braves - was it always your dream to work in professional sports?

Kiger: I've always loved sports, but to be honest I didn't consider the production side until after school. I went back through a sports broadcasting class, landed an internship, and knew right away I would do whatever it took to succeed at it.

Every job I've had came about through networking, knowing the right people is huge. However I've learned what's more important is showing those people your work ethic, and the quality of work you produce.

At the end of the day people don't want to put their own reputation on the line by reccommending a lazy worker, or someone not qualified for the job.

Take us through your normal game day activities - what is it like from start to finish?

Kiger: On game days I normally get in about three and a half hours before the game starts.

If I'm a camera operator the first thing I do is set up my camera. If it's already set I make sure everything is working properly. There is a pre-production meeting where any in-game features are talked about, then some of those features are pre-recorded.

I'll normally get to my camera again thirty minutes before the game to get a feel for the visiting team, or just make sure I know what my responsibilities are.

Then it's game time!

Sounds pretty exciting - you've worked many games as a camera operator, what advice would you give someone if they wanted to be a sports camera operator?

Kiger: Having an understanding of the game has helped me the most, regardless of what sport I'm shooting. Being able to anticipate where a ball is going will always help produce better shots.

Just watching games and noticing what other shooters do. I'm always looking for ways to learn and get better.

That makes sense, but what about some tangible tips that someone can execute on?

Kiger: Always be willing to learn and change, even if it isn't comfortable at first.

When I started shooting football I shot handheld on the field, and I mainly shot standing up. Now I mostly shoot from my knees.

I feel like it makes the players look like giants, or superheros. It also gives you an advantage being able to slide in front of other guys shooting standing in a crowded endzone, because you will be below them not blocking their shot.

I watch the older guys, and if they do something that makes sense I try it myself.

While working for sports networks I would go to a game early, write a script, and shoot a stand up with a reporter. Next I'd send the look live stand up back to the studio, shoot the game, shoot a post game package, and send it back to the studio for a wrap up show.

Working for a team some work comes before, but the bulk of the work is in game. Afterwards you pack up and go home.

I enjoy all aspects of production. Whether it's working for a team or a network. They are both great for different reasons.

Any fun or memorable stories from being in the thick of the action?

Kiger: I've been blessed. I have covered some amazing games and events.

I covered Auburn through their "Miracle" stretch of games. I was in the endzone where Ricardo Louis caught the touchdown against Georgia in Auburn and thought I just saw the most amazing game of my life.

Two weeks later I was back in Auburn on the field when Chris Davis returned the missed field goal against Alabama. I got one of my favorite shots where his grandmother grabbed his face telling him, "I'm so proud of you baby".

I'm a die hard fan of the Atlanta pro teams, so now working for two of the three has been a great experience.

By Brian Clapp | November 17, 2014 Sign In or Register to access all articles and insider tips for help in your job search.