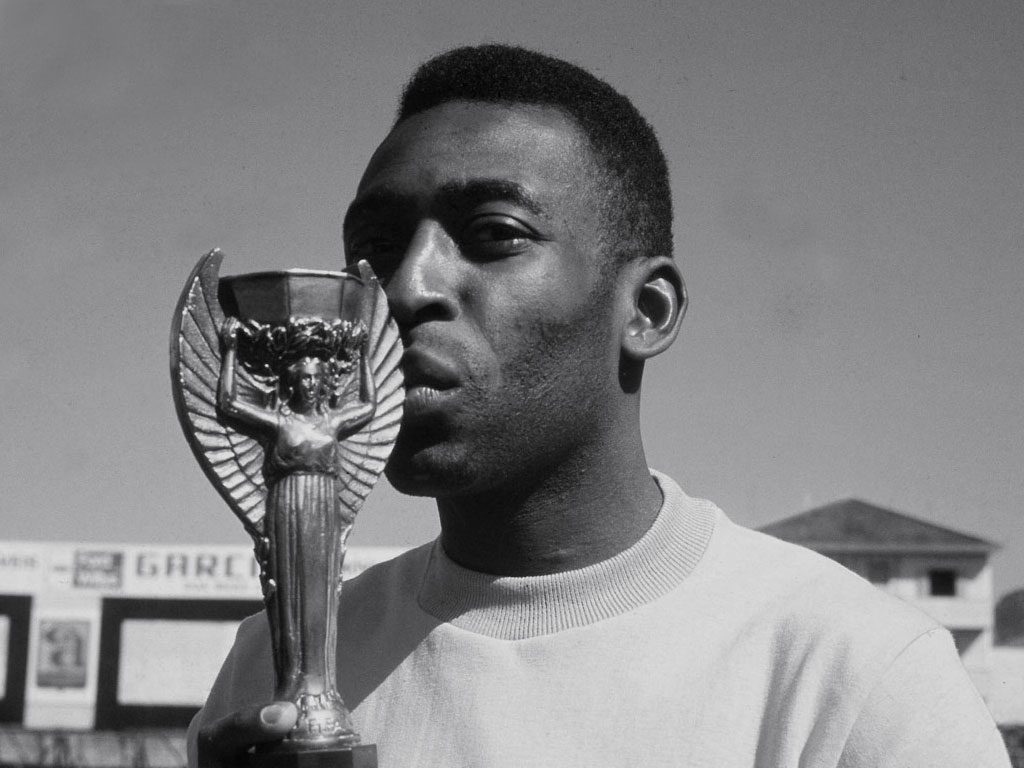 Who are the Five Athletes You Wish You Saw Perform Live?

Life in a sports newsroom is essentially a working debate. We all have jobs to do, but it seems we can always make time to jump into an argument, no matter how ridiculous it may be.

Best bare footer kicker in the history of the NFL…I’ll debate that. (Tony Franklin)

What is the most unbreakable record in sports...that’s deep, I’m in. (Johnny Vander Meer back to back no hitters)

Brady vs. Manning vs. Marino vs. Elway … that’s a doozy, sign me up for that one! (Brady)

But truth is, some of the most enjoyable conversations are when we aren’t debating, instead we’re all trying to come up with the best possible answer to a question with no right answer. And that is where this list spawns from; there are no right answers, it’s all subjective (although I think mine are impossible to beat).

So please, top my list, beat me at this game, share the five athletes you really wish you could have seen live in the comments below…but first, let’s debate mine:

Before becoming a punchline, Mike Tyson was without a doubt the baddest man on the planet.

Tyson was so feared in the ring that the air from his missed punches would send behemoths cowering to their corners. Phantom punches won seemingly half of his matches and it wasn’t because the fix was in, it was as if every opponent had the same thought run through their head, “oh crap if he connects on the next one, I may never get up”.

The first pay-per-view I ever bought of Tyson was against Carl “The Truth” Williams, it was over in 1:33 seconds, but it was worth every penny. I only wish I had a front row seat.

Jim Brown could have done anything he wanted on a field. He was an All-American in Lacrosse, played on the basketball team at Syracuse and finished fifth in the 1956 national decathlon championship. What he chose to do was dominate in Football.

Makes sense, since at just 17 he led Brazil to victory in the World Cup scoring two goals, the first of which is still considered one the greatest goals in World Cup history.

In the 1970 World Cup final vs. Italy, which would be Pele’s final match in World Cup play, the aging forward still dominated, netting 2 goals to push Brazil to a 4-1 victory, his third World Cup title.

Italian defender Tarcisio Burgnich, who was tasked with marking Pele in the match, said afterwards, "I told myself before the game, he's made of skin and bones just like everyone else — but I was wrong".

If that isn’t the coolest thing your opponent could say about you I don’t know what is.

Seeing Pele in the movie Victory (with Sylvester Stallone playing a terrible netminder) doesn't count, watching him perform in some rockin’ Brazilian stadium, now that would have been cool.

Fascinating for a variety of reasons, Koufax retired from baseball at the age of 30 after going 27-9 with a 1.73 era in his final season. He retired at his peak, struggling with traumatic arthritis in his pitching elbow, suffered diving back to second base to avoid a pickoff. (Yet another argument for the DH)

Koufax was told he’d eventually lose full use of his arm, but soldiered on for two more seasons totaling 658 innings, 53 wins, 699 K’s and a sub 2 era.

To put that in perspective, the last two seasons from Justin Verlander:

Koufax would have been a joy to behold.

Two NCAA championships, a Gold Medal and 11 NBA titles. Russell dominated the game without the ball in his hands, averaging over 22 rebounds and, some estimate*, 6 blocks per game over his 13 year career, at just 6’9” tall.

What’s even more amazing is that he was the 2nd pick of the 1956 draft! Some guy named Sihugo Green went 1st to the Rochester Royals.

His battles with Wilt Chamberlain would have been a sight to see, a tussle in the blocks as the underdog Russell scrapped his way against the behemoth Chamberlain. The NBA is the one sport made for one-on-one match-ups of superstars and none would have been greater to watch than Russell v. Chamberlain.

*Blocks were not an official stat until after Russell's retirement so Hakeem Olajuwon holding the record is a farce.

By Brian Clapp | July 01, 2013 Sign In or Register to access all articles and insider tips for help in your job search.