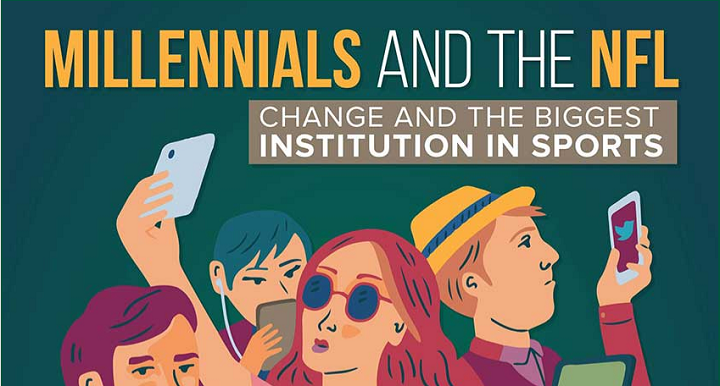 Are Millennials Losing Interest in the NFL?

The NFL was once a giant in the eyes of most Americans, but that is slowly changing. A new generation is set to take over the United States - Millennials - and they are not nearly as interested in American football as their generational predecessors.

One might imagine that this spells trouble for the organization, but it is opportunity for growth and change.

There is no clear reason why a large number of Millennials are not tuning in to football as previous generations did. Some say it has to do with trust issues that many in this group have toward the NFL in general. Sixty one percent of this group thinks the NFL is a sleazy organization.

This could be due to the possibility of many NFL officials covering up head traumas that can lead to disorders later on in life.

What Can be Done?

There are many aspects of the NFL that need to be addressed in order to solve this issue. For one, it is imperative that the NFL tries to be as transparent as possible. Millennials respond well to corporate social responsibility and transparency.

Catering to this group also involves upgrading stadiums and the way that the sport is watched. Some stadiums are integrating full and free Wi-Fi in their establishments. This gives Millennials the opportunity to follow the game live and update social media accounts live as well.

Active campaign managers should shine a light on the competitive nature of the sport. It might be time to show the human side of every sports person. Perhaps, the organization should communicate that the NFL supports its active players but also retired players as well.

Of course, these are just a few examples of what the organization can do to help its image. This does mean that the NFL is now looking for new ideas to solve the millennial problem. There is much more to explore, and it will need to happen soon since the millennial generation will be in power for a very long time. This sports organization can use this opportunity to evolve and show Millennials that it is on their side for the long haul.

By Brian Clapp | January 13, 2017 Sign In or Register to access all articles and insider tips for help in your job search.