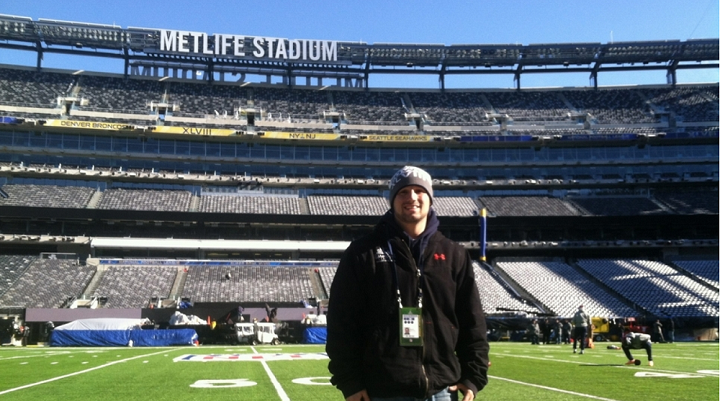 From Small College to the Super Bowl

For all the big names and huge personalities that grab the headlines leading up to the Super Bowl, oftentimes important storylines revolve around lesser-known agents of the game who hold unheralded but impactful roles.

As the field and site grounds manager at MetLife Stadium, Sansonese is charged with preparing the field and ensuring a safe playing surface. For the first ever cold-weather Super Bowl, weather was a pressing concern, but turned out to be a non-factor.

“Weather is the one thing you cannot control. You can try to be as proactive about it as you can but you cannot control it,” says the Hamburg, New York native. “You kind of just have to go with the flow of things and take the storm on as you get it.”

With so much unknown leading up to the Super Bowl, Sansonese leaned on the training he received while enrolled in the Masters of Sports Administration program at Canisius College.

“Canisius allowed me to work so closely in the athletic department with the actual members of the department that I felt like I was part of it. When you are 20 years old and working directly with Division 1 head coaches and doing something to help out their program, that is really fulfilling.”

To find out more about what it's like working in sports facility management, preparing for the biggest sports event of the year and the path from small college to helping run the highest grossing stadium in the world, here's more with Stephen Sansonese:

MetLife is synthetic turf, so some people might assume there isn’t much you have to do, but I have a feeling there is a lot that goes into it - take us through your normal work routine and explain to people just how much work managing a field takes.

Sansonese: I get that a lot.

There is an assumption that there is not much to do with synthetic turf. It's much different than taking care of a natural grass field, but it is no less intense. In preparation for a game during the week we have to: 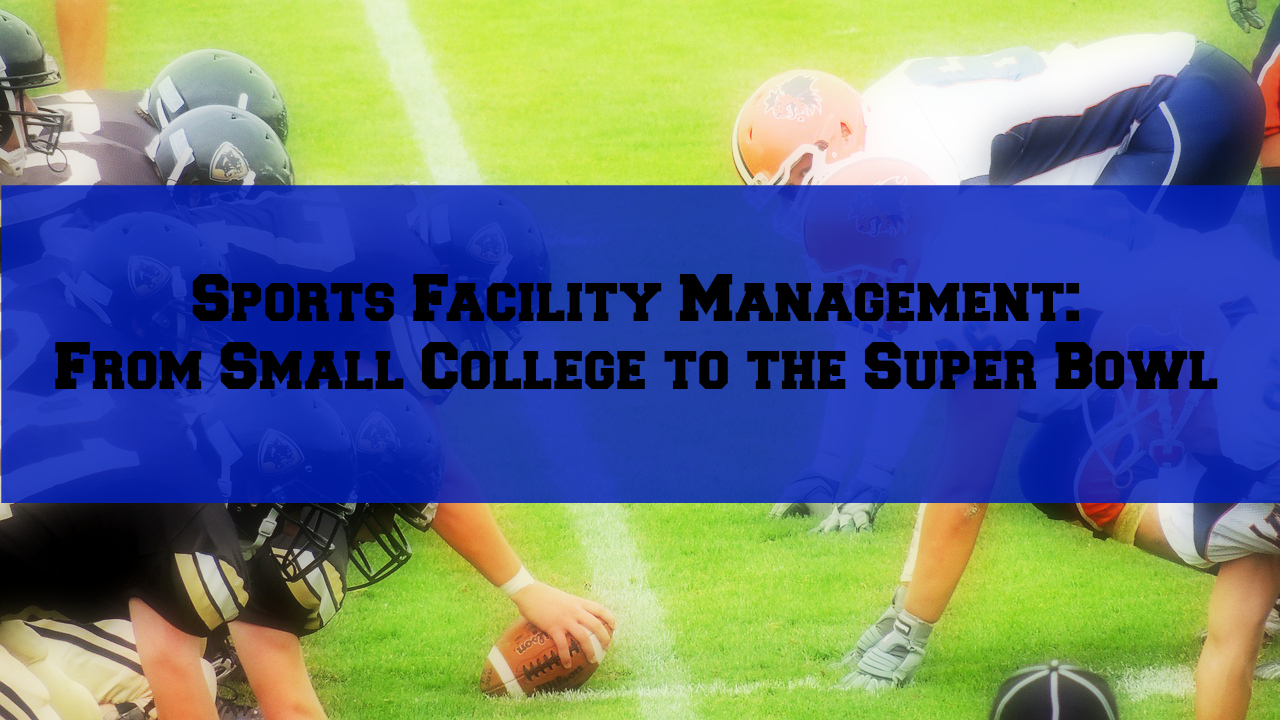 That is just for the game field and does not include when we have to work with multiple community events, commercial shoots, etc that use the field. Then there are other events that we have such as concerts, monster trucks, international soccer and more, and they each have their individual requirements.

The most important thing for all of us to succeed is effective communication with all of the groups that are involved so that nobody is running into each other.

Lets take a step back and discuss how you got to this point of your sports career working at MetLife, the highest grossing stadium in the world. You have an undergrad degree in education, how in the world did you end up in sports facility management?

Sansonese: My freshman year at Canisius I started working in the athletic department because my mother made me get a work study job.


I figured that athletics was a area that I was interested in, and if I were going to get a job that I should get it in something that I like working with. I was originally just in the position to work a part time job and make some money during college. But as I kept working in the department and continuing my "education" so to speak in college athletics, I realized that this is something that I may want to do in my future.

What made the opportunity so special was that Canisius allowed me to work so closely in the athletic department with the actual members of the group that I felt like I was part of it. When I was a Junior I was running the equipment room on Wednesday nights, working all sporting events, and then doing side jobs around the building.

Since work study is capped at a certain amount, I would just continue working for free basically because of the ability to work hands on with college athletics at a division 1 level.

The people at Canisius made it so enjoyable to work there.

What do you think are the main things you learned while enrolled at Canisius that have led to your success?

Sansonese: There are 5 things that I would say that I use everyday that allow for me to be successful that came from Canisius:

After graduating you were hired to manage the sports facilities at Siena College – getting a first job out of college can be tough – why do you think you were hired?

Sansonese: Well when I was looking for jobs, I was specifically targeting jobs that I knew I would have a connection with.

Siena is almost the same thing as Canisius just in another city. It is a small catholic college, with about the same enrollment. The biggest thing was that it was in the same conference as Canisius. I knew that all of the coaches and administrators that I worked with at Canisius probably had a connection to Siena.

I had members of the staff at Canisius reach out to the staff at Siena before my interview to speak on my behalf. They were the ones that got me in the door, and then I went on the interview with all of information and experiences that I had from Canisius and used that to get the job.

Siena College has 3,200 students. MetLife stadium holds 82,566 people – how did you jump from a small school athletic department right to one of the highest grossing stadiums in the world? That’s like finishing third grade and then starting Harvard Law!

Sansonese: I would have to say right place and right time. There is no clear cut answer for it.

What I can say is that Siena did a great job at preparing me to work on a higher level. I learned how to manage and take care of all types of fields and facilities there. I also was given opportunities at Siena to continue my education in the field through different professional development seminars and classes.

All of this allowed me to go on a interview with the stadium and be lucky enough to be given a opportunity to work there. Again I will say that right place and right time has a lot to do with it.

By Brian Clapp | February 10, 2014 Sign In or Register to access all articles and insider tips for help in your job search.