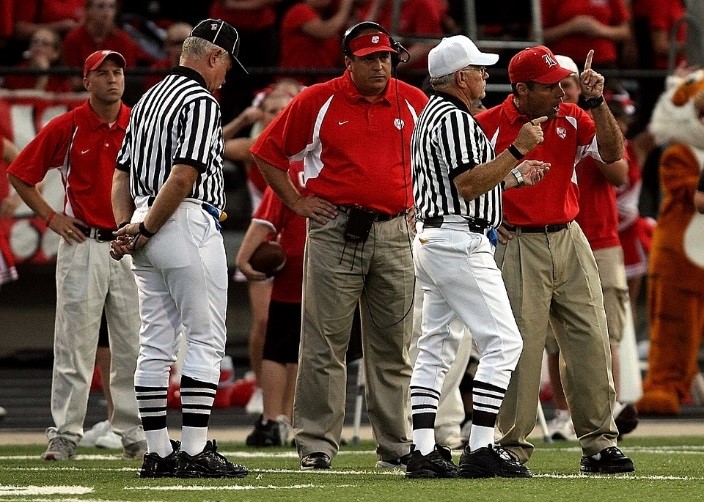 How Technology Has Changed Coaching

Technology has made major changes in virtually every part of our lives. In the world of sports, technology has affected just about every aspect of viewing, playing, coaching, refereeing, and working within sports.

For coaches, their jobs have been greatly impacted from virtually every angle as a result.

Wearable technology has made training athletes much more comprehensive.

Athletes and coaches are able to see how hard the athlete is working, where they are in terms of their physical goals, and which workouts are most beneficial for them. By tracking and measuring performance, coaches have better insight into their players. Football players, soccer players, swimmers, and any other type of athlete benefits from this type of technology to measure their athletic progress.

Like a machine, athletes are now able to look at a dashboard that shows how their engine is running, and coaches are like their mechanics. Technology is taking a lot of guesswork out of training for both coaches and athletes.

Safety has always been a concern among athletes utilizing their bodies in such extreme ways and technology is making safety easier to keep an eye on.

Smart helmets for NFL and NHL players are another example of wearable technology that is utilized on the field – or the ice. These helmets are vital to safety due to the problems with concussions and brain injury plaguing these sports. Not only does the helmet itself provide protection, but they also have sensors and magnets to detect and disperse force.

With all the information gained by wearable technology, coaches are able to make more informed decisions for each player’s safety.

Coaches are better able to communicate with everyone in their team at a moment’s notice which can aid in a variety of different ways from training to practices to meetings to games. With better communication comes more accurate expectations, faster results, safer decision making, and winning outcomes.

Every practice, training, and game now has the ability to be recorded. Many recordings are televised for fans of the franchise, some are for safety, and some are for coaches and players to dissect their performance and their opponent’s performances.

Coaches can watch each player’s form, decision making, mistakes, and big wins to see what needs work and what works well.

Technology has offered a mirrored look back that makes coaches able to show players a reference for what they need from them that has revolutionized training. Coaching players is more than just teaching technique and making strategic decisions – it’s making all of the best decisions for the team as a whole and video technology has made a real change in how coaches are able to accomplish that.

Technology in sports has made data collection and statistics into an extremely important and inclusive aspect that is important to fans, players, and coaches alike.

Sports statistics may seem overwhelming and dense to many, but with technology it’s extremely cohesive. With data analytics coaches know all about each of their players as well as their opponents. Coaches know how each player will most likely play, their average weaknesses with each team, and how they are most likely to perform in certain weather. This enables conversations about sustaining performance, how to get better, and why there may be data similarities in certain situations.

Coaching is stressful no matter which level you’re coaching, which sport you’re coaching, or how long you’ve been coaching. In order to combat the difficulties of coaching, technology is there to make the job easier, safer, and broader. Coaches can train players better, keep players safer, communicate more effectively, trust video technology, and utilize data analytics to understand their team fully. Technology has affected coaching in many different small ways and all of those small changes have come together to create a completely different coaching culture benefiting coaches and their players.

By Chelsy Ranard | January 02, 2017 Sign In or Register to access all articles and insider tips for help in your job search.