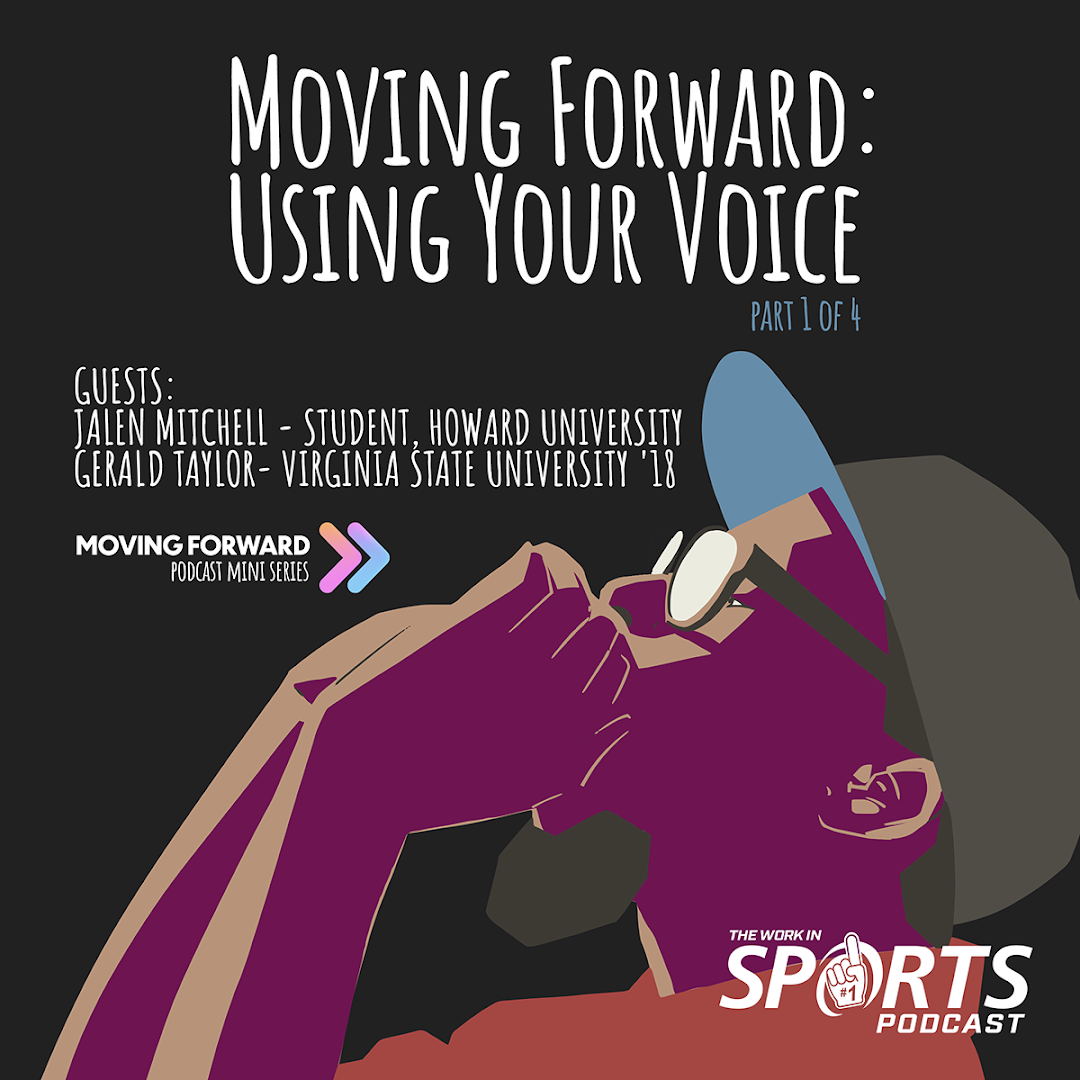 Moving Forward Part 1: Using the Power of Our Voice

The Work in Sports podcast presents Moving Forward, a 4-part series highlighting the sports industry's role in influencing change for people of color, the LGBTQ community and women. We will discuss representation, allyship, having a voice on the inside, fearless communication and inspiring steps for our future.

Join us in this conversation with an open heart and mind.

One of the best ways to begin a career in the sports industry is through Minor League Baseball, it is the ultimate platform to do a little bit of everything and gain invaluable experience.

In 2016, MiLB launched the FIELD program, which stands for 'Fostering Inclusion through Education and Leadership Development' a landmark program designed to provide an opportunity to sports career-minded individuals from diverse backgrounds.

This is a wonderful program - we need more like it. Alumni of the program point to it as the launching point of their career and it has clearly added to the diversity amongst minor league organizations.

But, this past June, just days after George Floyd was murdered by police officers in Minnesota, Minor League baseball was noticeably silent. As other leagues, teams, athletes, and organizations condemned the actions and called for change, Minor League Baseball said nothing for days.

The silence as they say was deafening and didn’t go unnoticed by those who had been part of the most recent FIELD program cohort. The group banded together and released a joint statement professing their profound disappointment in Minor League Baseball and their belief in the need for progress in social justice and equity while acknowledging the positive role sports can play in changing the world.

In the coming weeks, we will be joined by members of that FIELD cohort, young, diverse people, sharing their voice and thoughts as we watch the sports world continue to grapple with its role in social change.

In week one we’ll be focusing in on using your voice to force change with Jalen Mitchell and Gerald Taylor.

As young people in the sports industry, how was it that you and your group felt strong enough and empowered enough to speak out in this instance?

What was the response like after you and your group posted your statement? What were you expecting, and what actually happened?

Was there any fear of repercussion? And frankly, has there been any?

When I was coming up in the industry, the biggest personas of the era - Michael Jordan, Magic Johnson, Mia Hamm - didn’t really speak up about politics, race, gender equality – but now, not only are the athletes using their voice, so are the young people, which is great progress – but where do we go from here?

Sports has a unique ability to reach people, and in the last few years many organizations have started using their voice and brand to support social justice efforts and battles for gender quality– is it enough just to use their voice and platform, or should they be doing more? (hiring practices, executive positions, equitable pay etc?)

One of the more inspiring stories for me personally, was hearing how Jaylen Brown of the Boston Celtics drove from Boston down to Atlanta to be part of the peaceful protests in his hometown. It doesn’t always have to be dramatic action, sometimes it’s just being present for the fight and aligned. As you’ve seen this all transpire, what or who has inspired you?

What about you, what or who has inspired you and made you feel more powerful in this moment?

Recently we saw the Washington Football team hire Jason Wright, to be their team president. How did you feel about this transaction?

Nelson Mandela famously said, “Sports has the power to change the world” – do you agree? And if so, how?

How will you continue to use your voice and push yourself and others to do more for positive change?

Listen in to learn more from these two impressive young men.

By Brian Clapp | October 07, 2020 Sign In or Register to access all articles and insider tips for help in your job search.