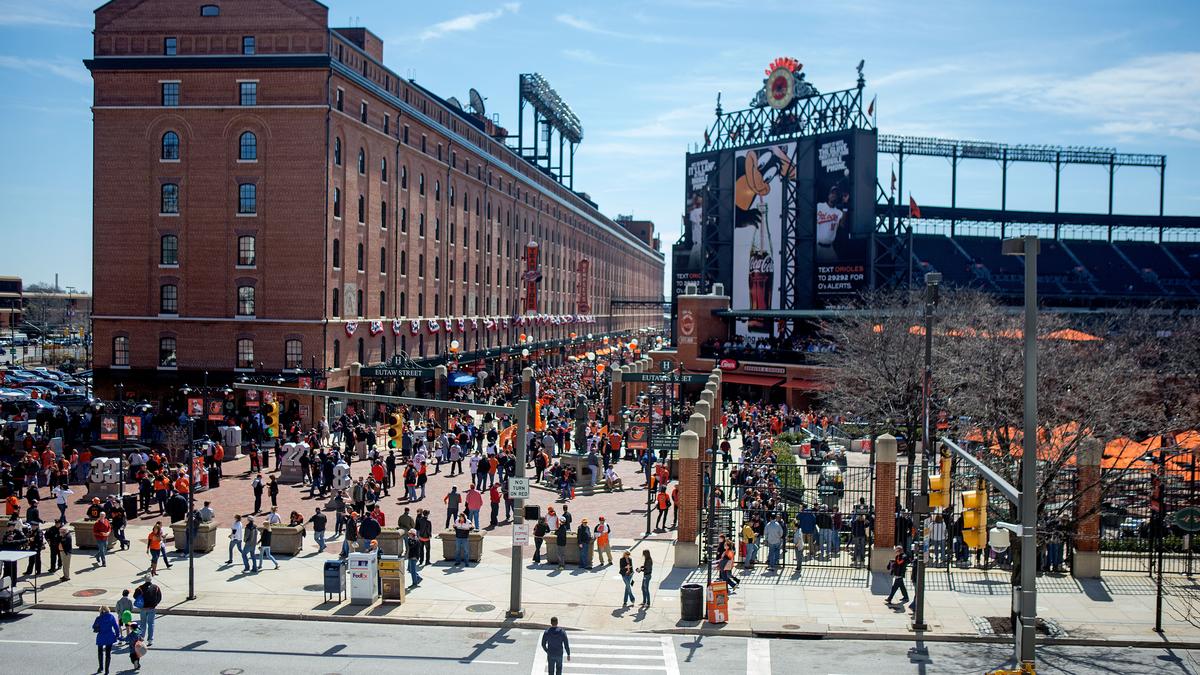 Turning a Passion For Baseball Into a Career

For some people discovering their intended career path is akin to climbing a mountain trail beset with pitfalls, avalanches and thinning oxygen levels. It can be a journey full of frustration and confusion.

And yet for others, clarity and direction comes early.

“For as long as I can remember, the only thing I wanted to do was work in baseball,” explains Baltimore Orioles Box Office Manager Zachary Brown. “I told everyone this – family, friends, acquaintances, and people I just met.”

This career clarity, along with being an extrovert, led Brown to a conversation that set his sports career in motion.

“With all of this talking, a friend of my parents introduced me to a scout from the Houston Astros who I met for lunch one day while in college. He referred me to Chris Kemple, the General Manager of the Wilmington Blue Rocks, who hired me one summer to work - like most minor league employees – doing a little bit of everything.”

The rest was up to Brown.

The opportunity to gain valuable experience at the Minor League baseball level, build a network of industry contacts and start evolving his dream into a career was right there in front of him.

“I did everything from ensuring we met sponsorship quotas to making mascot appearances (yes, as the mascot). My minor league experience helped me confirm that the career in baseball I always wanted was actually something I could pursue further.”

After your experience with the Blue Rocks you jumped to the Majors, interning with the Baltimore Orioles in Public Relations - I'd imagine in the minors with smaller overall staffs you had to do a bit of everything, was your role more focused in the majors? And if so, what was the primary focus?

Brown: Major League Baseball is much more focused; in fact, sometimes in can be downright segregated between departments.

As a Public Relations intern, I was focused on developing and proofing the media guide, preparing media credentials for the regular season, and constructing daily media packets with articles about the team for executives each day.

So, yes, it was quite different than my time spent in the minor leagues.

You turned your internship experience with the Orioles into a full-time job after graduation - how?

Brown: I hate to say the easy answer, but it really was a mix of hard work and timing (luck).

I made it clear that this is where I wanted to be and volunteered for any task and opportunity that came my way, which stood out. It’s easy to get complacent with a part-time job, especially when it is hard to see light at the end of the tunnel.

I happened to be with the Orioles at a time when they were hiring full-time Account Executives and was able to become a favorite of my bosses and I worked hard to nail the interview.

Preparation, professionalism, and dedication are the ways to ensure that you stand out and I think I did that.

You shifted from public relations to working in sports sales as an Account Executive and more recently as the Box Office Manager, was that based on opportunity or wanting to go into a different career direction?

Brown: My focus shifted mostly due to opportunity, but I found that a career in ticketing was something I really enjoyed.

I worked hard to make myself a good salesperson – reading books, picking the brains of our best sellers, absorbing all sales training we were given – and it paid off with near-the-top renewal percentages every year.

From there, I was looking for new opportunities with more responsibility and when the Box Office Manager position opened up, I jumped at it.

Since accepting this job, I have also expanded the position to serve a major role in ticket operations, including choosing many of our ticketing system’s setup features, analyzing, developing, and dynamically changing ticket prices, and taking a leading role in much of our online ticketing presence.

In your experience, what makes a good sales person in the sports world? What are the primary skills you need to succeed in sports sales jobs?

Brown:  I think sales are all about believing in what you are selling.

Sports sales come from discretionary income. No one needs season tickets. No company must have a billboard at your ballpark. It’s about making them want it.

Believe in what you’re selling, listen to the customer and have yourself prepared to combat any obstacle that they throw at you.

During my time as an Account Executive, the Orioles went through some tough times. We had fans that were angry and tired of losing. I tried to make it all about the ballpark experience; if that was enjoyable, or had been previously, some fans just needed to remember that.

I tell people all the time if they want to work in sports they better learn sales - agree or disagree?

Brown: Knowing sales is a great way to get your foot in the door of the sports industry.

Sports teams are always looking for good sellers, so I do agree with your assessment. I also think that honing your craft (whatever that may be) outside of sports while constantly monitoring openings and keeping contacts with sports teams is another good way to go.

However, that approach is risky due to the infrequency of openings with most teams. You just need to make sure you are in a position to blow them away when an opening does come up.

In the time you have worked for the Orioles they have been bad, and they have been AL East champs...how much does winning change the entire work experience?

Brown: Let me start by saying that the major league baseball season is a long one. It can be a grind. Losing can make that long grind seem even longer. However, being off the field participants, we cannot change winning or losing on the field. You can only play the cards you are dealt, so just try to think of new and better ways to make the most of your opportunity.

Losing seasons mean extra down time. Don’t waste that time – use it to innovate.

But, winning is incredible.

It means more work, longer days, and little-to-no vacation, but if you don’t want to win, you shouldn't be in sports!

If you have any questions for Zachary Brown regarding sports sales jobs, add them to the comments below!

By Brian Clapp | September 22, 2014 Sign In or Register to access all articles and insider tips for help in your job search.