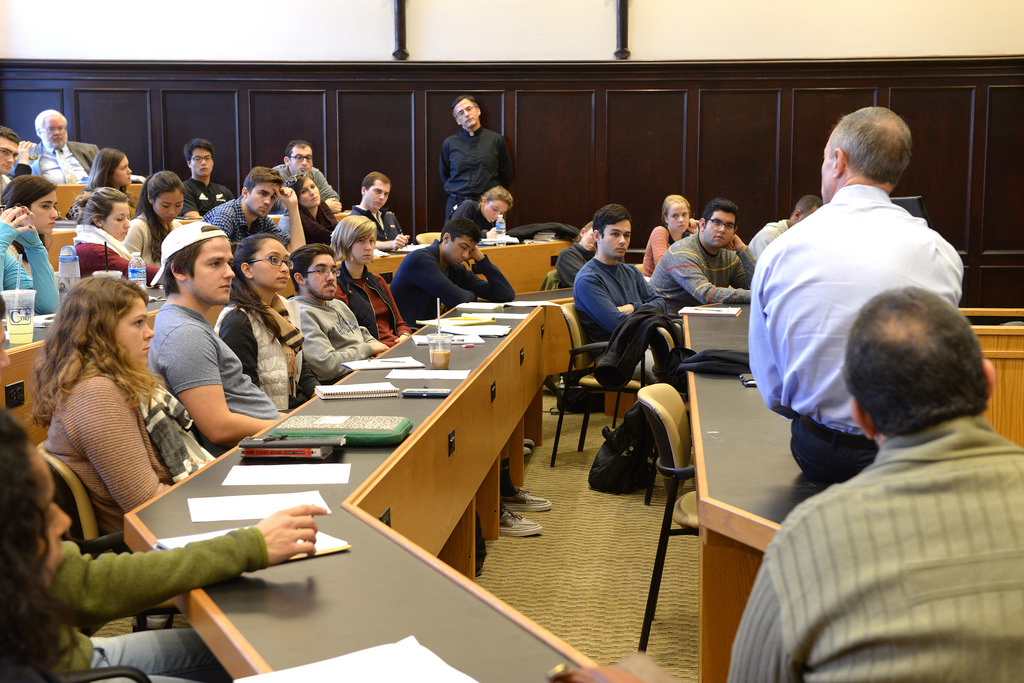 Sports have long been a staple of American pop culture and life.

However, for as consistent as sports have been, the world around them has changed in many ways. Now, more than ever, the sports industry needs innovative thinkers to overcome some of these changes and breathe new life into things that are becoming out of date.

One of the biggest challenges that the sports world faces today is standing out among the massive amount of content available to people.

In order to do this and effectively deliver a product to people, there are a few different questions that need to be answered.

One of the biggest places for innovation in the sports world is in the live experience. In a world with more entertainment options than ever before, teams need to provide an experience that stands out and is worthy of both the time and monetary commitment that live sporting events require.

For many people, the price of sporting events is a considerable barrier to overcome.

Not only does the game itself cost money, but then there are things like parking and food, both of which are generally overpriced to a massive degree. Beyond actual money, attending games also costs a large amount of time, effort, and comfort (especially in the case of outdoor events during the summer and winter).

For a long time, sporting events have been priced largely as luxury items, but this model is now more of a barrier for many people than a reasonable way of doing things. So, how are these barriers overcome? How can sports organizations compete against more affordable and convenient options?

They have to think from a consumer-first perspective.

A great example of this comes from the Atlanta Falcons, who announced that they will be offering significantly reduced prices on their concessions when their new stadium opens in 2017. According to Steve Cannon, CEO of the AMB Group, which owns the Falcons, this change was made not only from a business perspective, but also one that accounted for fans’ mindsets.

"In any fan survey, food and beverage is one of the most important drivers of fan experience and the one that is the most broken. It's either lack of quality, lousy delivery or bloodcurdling pricing." 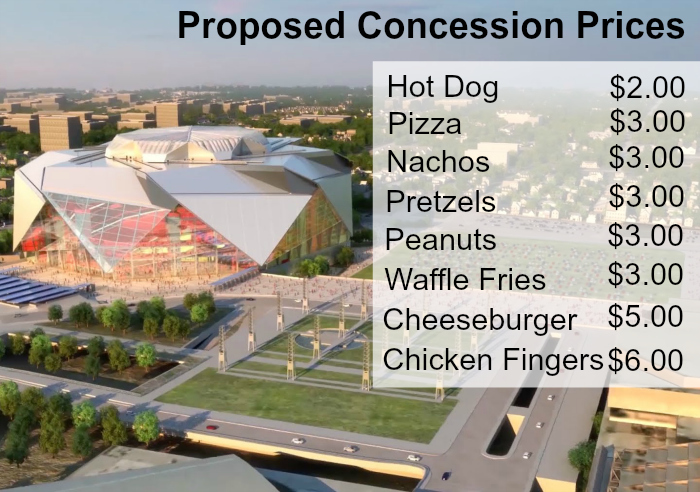 If a team is good, then many of these barriers are not as much of an issue. However, when a team is having a bad year, they are an even bigger issue. If fans can’t be confident that their team has a good chance of winning, then convincing them to spend money to come to a game is an even steeper mountain to climb. However, this does not mean that there aren’t ways to go about this. It simply requires reexamining what incentives there are for attending.

One example of innovative thinking that is working to overcome these issues is GameHedge, which is a ticket-selling site that offers 50% refunds if the home team loses by a certain amount (17 points in the NFL, 5 runs for MLB, 20 points in the NBA, and 4 goals in the NHL).

While teams and leagues themselves seem unlikely to adopt GameHedge’s model for themselves, this does not mean they cannot find other ways to incentivize game attendance through pricing. By finding ways of doing this that strongly resonate with your potential fans and attendees, you are more likely to actually draw people to the stadium on game day.

This is an incredibly unique value opportunity compared to other forms of entertainment.

This same model would not work with a movie or a concert because an individual’s experience is subjective. There have been plenty of times I have walked out of a theater or a venue less than satisfied with my experience, but since this is my subjective experience, there’s no way to quantify my negative feelings in the way GameHedge does for sports.

It is because of this unique aspect of sports that this model is a great example of how sports can be differentiated from other forms of entertainment.

Catching Up with the Streaming Revolution

As a whole, entertainment has been forced to undergo a large shift in recent years, both in how it delivers content, and what form that content takes. This shift has come with the rise of streaming services like Netflix, Hulu, HBO GO/NOW, and Amazon Prime for TV and film, and Spotify, Apple Music, and Tidal for music.

For sports, however, this transition has been an awkward one.

Take a look at ESPN. While there is no real doubt that ESPN is the reigning champ of sports programming, they have still struggled to transition into today’s streaming era. Their main streaming platform, WatchESPN, is actually antithetical to what most people are looking for in a streaming service.

Instead of being an alternative to traditional means of accessing ESPN’s content through a cable or satellite subscription, as HBO NOW is, is merely a supplementary service for those who already have access to ESPN. Unlike HBO, which also offers HBO GO as a separate service that allows people without an existing subscription to pay for access to streaming HBO content, there is no standalone streaming service available for streaming ESPN content.

This means that in order for people to access the best of ESPN’s streaming content, they still need to pay for a cable or satellite subscription, despite the fact that eliminating these services is generally the primary reason to subscribe to a streaming service. While some people may consider the investment to be a worthy one, ESPN’s loss of 7 million subscribers between 2013 and 2015 seems like an obvious sign that many people do not.

The biggest thing that has kept the sports industry from keeping up with these changes has been a reluctance to change course from what has worked in the past. While there certainly has been areas in which serious change has been embraced, such as greatly increased focus on online recaps and highlights, it does not make up for the areas where change has lagged.

This is why, more than ever, the sports industry needs young, innovative thinkers who will not only bring a fresh and engaged perspective, but will challenge the status quo.

However, for these people to actually make an impact, those already working in the industry need to participate, as well. Innovation is not simply listening when new ideas pop up, but is instead something that needs to be fostered and encouraged on an organizational level.

Innovating for the Greater Good

The need for innovation does not only apply to the business side of sports, though. It is also a vital in improving participation and interest in sports. Demographic factors such as gender, race, economic class, and others play a huge and unfortunate role in whether or not a child participates in athletics. These barriers are ones that may never be completely eliminated, but surely need to, and can be reduced.

However, these are very large problems, and are ones that will require innovation in order to be changed. This kind of innovation needs to come from multiple places within the sports industry for it to truly affect change. Just as unique perspectives and ideas are needed on the business side of sports, there also needs to be new ways of thinking applied to overcoming these boundaries in order to promote and encourage youth participation in sports.

Whether it is on a corporate level through the development or support of programs like NFL PLAY 60, or a personal level by exemplifying leadership as a coach or mentor in order to improve the sporting experience in your immediate environment, overcoming these issues needs to be a central concern of the sports industry as a whole.

This is because, at the end of the day, sports are best when they are focused not primarily on business itself, but on the things that make them both a worthy activity and business in the first place—sportsmanship, healthy competition, and inclusiveness. Therefore, improving these factors for a larger selection of people from the start is not only the right thing to do on a societal level, but also for growing the sports industry as a whole through a larger and more diverse fan base.

By Zachary Evans | October 31, 2016 Sign In or Register to access all articles and insider tips for help in your job search.