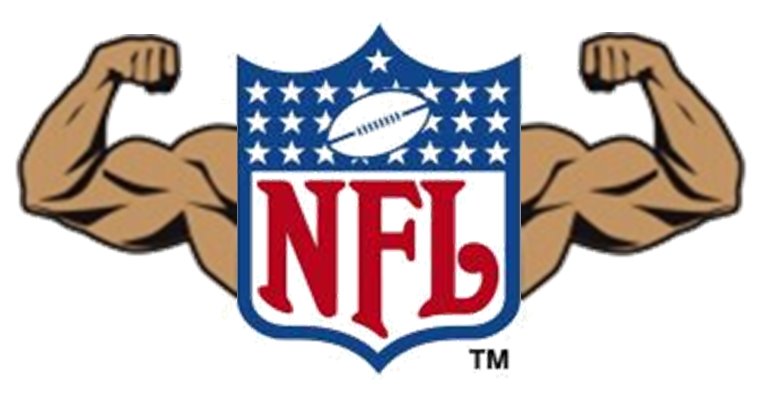 For years the phrase "The NFL is King" has been thrown around with impunity, with media critics and audiences declaring the NFL champion of champions, the people's choice and supreme leader of all things in America.

According to some intense personal study of 'Game of Thrones' I have learned that Kings keep their throne unless they are killed, or die of natural causes, which never seems to happen.

This much is clear - no one is close to dethroning the NFL, either in sports or otherwise.

Super Bowl XLVII by all accounts was a stinker of a game, and yet it became to most-watched television show in US history by toppling the previous record, set by Super Bowl XLVI, by .2 million.

When you dig  a little deeper into the numbers on a local level it becomes even more impressive:

The list can go deeper but I think the point is made - the NFL, despite PEDs, concussions and terrible referees maintains a stranglehold on more than just the sports fan base, it has no equal in entertainment.

On to this weeks Sports Jobs Q&A  - William wants to know how to break into sports broadcasting and Edith is trying to figure out how to turn her four Masters degrees into a sports career. If you have questions you want answered in our weekly sports jobs column, put them in the comments, ad them to our LinkedIn group or tweet them at us via @WorkinSports.

William - As a former news director at a regional sports network in a top 10 market, I’m uniquely qualified to answer this question. I love it when a question comes in that is right in my wheelhouse!

Let's make this really clear - you absolutely DO NOT have to be a former player or coach to make it big in sports broadcasting.  There are only a few positions where having the credibility of having played or coached is essential - as a studio analyst or a color commentator. So let's not even really discuss those roles.

If you want to be an anchor, reporter, or play by play voice, it’s just a matter of working your way up the market ladder. Most aspiring sports reporters and anchors begin in the lower markets, say, market 150 or higher. Which means a place like Dothan, Alabama could be home for a while as you build your name and skills through repetition.

But that isn't the only way to start out - there are more and more options for play-by-play on streaming broadcasts, online reporting and video hosting on blogs and various other online outlets.

The concept to remember is that sports broadcasting careers tend to grow in steps - you may start out in a Pocatello, Idaho, but within a year advance to Colorado Springs...and then instead of pursuing  a jump to Austin, Texas you make the move to ESPNU, or Comcast Sportsnet, or ROOT Sports.

There are options, and you can choose many paths.

The goal each sports job change is to cut the market in half. For example, if you are in  a top 120 market, your goal for your next move should be to  a top 60 market.  If you can do that enough times you are going to settle into a nice top 25 market and put some roots down.

One thing to keep in mind as you consider your next moves - working somewhere like ESPNnews or smaller regionals is great for your resume but pays less than a top 25 market job. It all depends what your goals are, if you want to have a big name and be recognized on a more national or regional level go for the big names. But if you want to dig deep into a local market, get to know the teams players and administrators (and most likely make more money) stick with the local TV route. - Brian

I hold four masters degrees including an MBA have been teaching business as an adjunct for 20 years, and I love sports and wonder how to break in as an editor, writer, or a sports interviewer. I am also pursuing my PhD.

Seriously, four Masters?  Who has the time?!

Edith, it's with great respect that I joke around, it takes incredible discipline to do what you have accomplished, I tip my hat to you.

Step 1 - you need to build up a portfolio including your sports writing samples. If you were to send your resume in to a potential employer at a media outlet, I'm sure they'd be impressed with your four Masters, but they'd also think "that's great, but can you do this job?"

You have to prove to people that you can be an editor, writer or sports interviewer.

Step 2 - How do you prove it? If it were me I'd start by guest blogging on various sports sites, most sports blogs would love to have informed well-written content to put on their site (I know I would) and the benefit to you is having actual published material you can provide to potential employers.

Also, if you want to be a sports interviewer, create a simple video set-up and figure out a way to interview sports figures. You can publish them on Youtube or again, sites would love this type of content (again, I know I would). Now, you've shown your skills as an interviewer too - your portfolio is looking pretty good!

Step 3 - Initially, as your continue to pursue your PhD, I'd suggest you look into the local paper in your area. If it’s a smaller paper you might be able to write and report part-time as you still work as a professor and pursue your PhD. You need to get some sports industry experience on your resume by any means necessary!

Final thought - this really all depends on how far you are willing to step back to move forward. You probably won't start out making as much as you do as a professor, or be maximizing your four Masters...but it sounds like you'll be doing something you love and isn't that what is most important?

If you are willing to relocate we have many many sports writer jobs on our site. Also, more and more teams at all levels are in the content creation business, they aren’t relying on the local papers or TV stations to tell their stories, they are hiring people on staff to write and blog etc.

There are really many ways for you to break in especially with your higher education! – Brian

That's it for the Sports Jobs Q&A this week - if you have any additional advice for William or Edith please add it to the comments and if you want your question answered, post it on our linked in group, tweet at us or put it in the comments, we're always listening!

By Brian Clapp | February 07, 2014 Sign In or Register to access all articles and insider tips for help in your job search.