The Most Successful People in Sports Do This Very Well

No matter how long you have worked, you still have moments that open your eyes.

Some call them “Ah-Ha” moments, as if there were harps playing in the background and an emerging light bulb above their head.

I prefer to think of them as, “how have I been so stubborn for so long” moments - a much less gentle version where I tend to beat myself up for my stupidity…but to each their own.

I had one of these moments this week.

NFL training camp is upon us and as a huge football fan I’ve been devouring information wherever it has come from. Podcasts, videos, social media, newspapers – they all have stories and angles to share.

I’m particularly fascinated by the New England Patriots, say what you will but they’ve been at the top of the sports world for nearly two decades, during an era when leagues try very hard to prevent dynasties.

Why are they able to maintain success when other teams continually rise and fall (or just fall)?

Argue it’s Tom Brady, or it’s Bill Belichick, but I think it must be more than that, which is why they get special intention as I try to understand their special sauce.

They supplied me with one of those "Ah-Ha" moments this week (along with some light harp music):

This is not an overly exciting or sexy topic, but as I said, I’m devouring NFL info this time of year.

Mason explains his main take-away’s from visiting Patriots camp, “The expectation is excellence every day. I'm talking about the finest details: from how you align, to where you put your eyes, to how to communicate, to how the offense adjusts based on how the defense adjusts. There was no detail missed. From a walk-through, to a player meeting, to a run-through, to how team drills are done, everything was about detail, communication, effort. I was trying to take in every moment, whether it was with a scout, the director of player personnel or Coach Belichick. There was so much information about culture, details, about the game itself and how they play it -- winning situational football -- it sort of just overwhelms you.”

Here’s an SEC coach admitting he’s overwhelmed by how another team runs their practices, sets expectations of the players and pays attention to all details big and small.

Interesting, but not the big “moment”. That came next.

Mason was asked if anything else from his visit stood out, “Spending time with Dante [Scarnecchia]. The best O-line coach in the biz, just for him to make it as simple as it was, but then to put it back on you and ask, 'OK, what are you doing? What can I learn from you?' They asked us a lot of questions about how we do things at Vanderbilt, what it looks like, how we manage tackling. With all the knowledge they have, they were still trying to gain as much from us as we were gaining from them. That was impressive because they are at the pinnacle of their profession and they're still trying to gain knowledge to be better. It's unreal, man.”

That was the moment I sat back and thought, man, I’m such an idiot.

I’ve missed thousands of opportunities to learn from other people because I was either A: embarrassed to ask or B: thought I already had all the answers.

Here is the New England frickin Patriots coaching staff, owners of as many Super Bowl rings as I have pairs of shorts, and they are constantly trying to learn from everyone they make contact with.

I’ve spoken on industry panels before and saw myself as the ‘expert’ that people would want to hear from. I’ve written nearly 500 blog posts giving advice to everyone out there from my sports industry experience – but you know what I don’t do, I don’t ask enough people what they are doing to improve.

I don’t always look to get better by learning from others. I read, I explore, I experiment – but I don’t always utilize the human capital I come in contact with. What a waste.

I’ve told the story many times before of how I first started at CNN in 1996 and I thought asking questions was a sign of weakness. In my simple mind, I figured if I asked someone else how to run a machine I wasn’t familiar with, that gave them my power, making them believe they were above me.

If your goal is to improve daily, and it should be, you should seek out all sources of information. Don’t let your pride, your ego, or your lack of self-confidence get in the way of expanding your knowledge.

You may think Bill Belichick is insufferable, but one thing he is not is closed-minded. He’s established a culture where his coaches and players are expected to learn and expand their knowledge from every situation they are in.

No one who wants to be great allows themselves to believe they have all the answers.

By Brian Clapp | August 01, 2017 Sign In or Register to access all articles and insider tips for help in your job search. 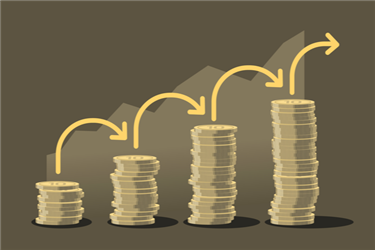 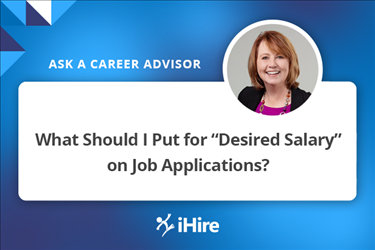 Ask a Career Advisor: What Should I Put for “Desired Salary” on Job Applications? 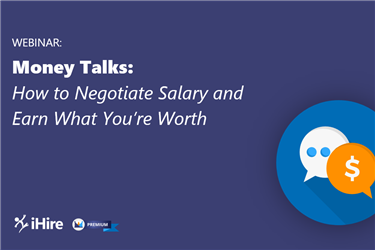 Money Talks: How to Negotiate Salary and Earn What You’re Worth [Premium Webinar]